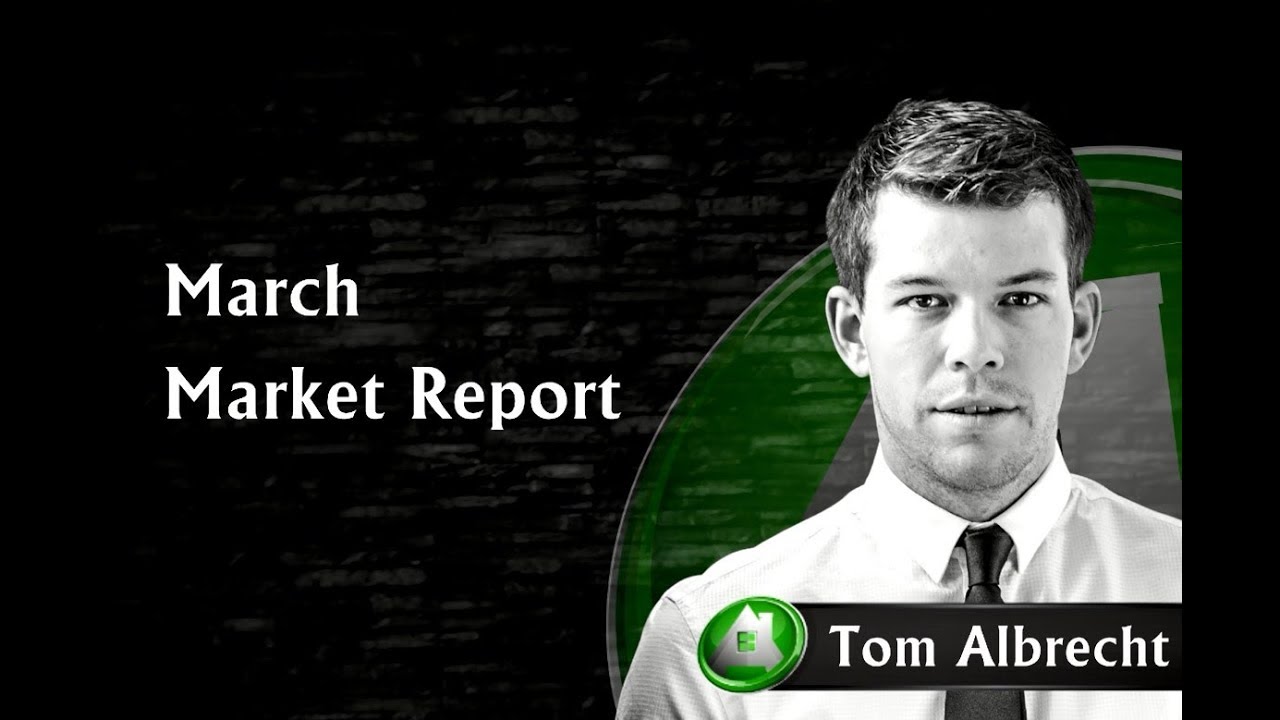 With winter come and gone, it's time to look at what it meant for our local real estate market. Are we still balanced? Which home types sold most? A-Team leader and buyer specialist Tom Albrecht returns with a housing market update for March 2019.

Hey guys, it's been about months since I did a market report since the beginning of April, the last report you'll want to check it out it's on YouTube as well and it looks at the bigger picture. This winter was one of uncertainty with the pipeline crisis, but that uncertainty appears to be over or now reduce let's say. It was a very balanced month when we look at the important ratios of sellers to buyers, they were all really in line but they're balanced market indicators really. So a lot of transactions through mobiles as well as for townhomes went through, there were 94 transactions in total in the month of February and this is approximately just under 600 listings, so that's quite healthy. One townhome development in particular 401 Athabasca, they got their keys, half of them got the keys in November and half of the owners got their keys in I think January.

Anyway, at the beginning of the year there were about 25 of those for sale and now I think there's one, and in fact the most recent couple sales went through for slightly more than they had been going through for previously, I helped three people buy in January so there was some growth and value potentially there. So that was interesting, could potentially have knock-on effects we'll have to see. There's a shortage I would say of quality and accurately priced mobile home inventory, because there's quite a lot of transactions there and a large fraction of what's listed is our foreclosure listings. And actually, surprisingly so the trend if you've been following for a while you'll find that you'll see that the trend has been that there's not been the demand for homes over say $600,000, for a whole bunch of reasons its sort of discussed in some of the other blogs you'll see.

But yes this last month there were a few went through in those higher price ranges, so still in buyers’ market territory but not as much as in the past. So we'll have to see this month and the next month whether that was an anomaly or whether it's the start of a trend, that would be really interesting for us to keep an eye on. No news on the camp announcement, we haven't seen any big speculation I wouldn't say at this point. Prices have been largely stable over the winter here the average discount believe it or not in our marketplace that people were achieving, that buyers were achieving and sellers were giving up was about four to five percent and I think it goes back to that uncertainty.

But interestingly in the month of March that number has risen to 3.5% which is more in line with the last few years. And so it'll be interesting to see as we go into the spring here how that behaves if we see steady inventory, but more transactions more people buying than logically that a situation like that would potentially mean people weren't negotiating as much. So we're just going to be keeping an eye on that stuff we can't predict the future, allow to pick the future and we want to predict the future, but we do at the A-Team believe in market intelligence, all of our agents are incredibly well-placed to kind of know what they're talking about, and so if you're looking to push home or to sell one please get us in and we'll be sure to give you the best information, so you can either get the most money for your home or get the home for the best possible price. Thank you very much for watching and we'll see you soon.