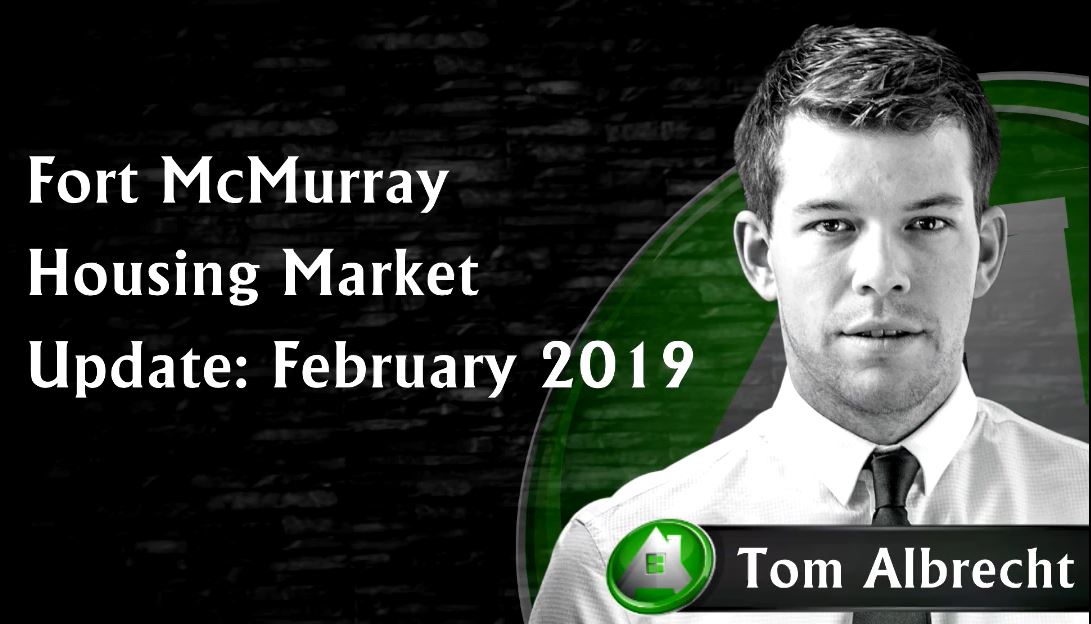 What does the recent moratorium order on camps around Fort McMurray mean for prices? Has the pipeline effect run its course? A-Team leader and buyer specialist Tom Albrecht returns with a housing market update for February 2019.

Hey everyone, it's Tom Albrecht with the A-Team. It's been a little while since I updated you guys, I think I was on a walk in about September of last year where I gave you guys an update on the market. So, figured I'd update you on November, December, January. It's been slower for sale, sales have been down about 28%, there's been-- the rate of new listings has increased slightly year-- of the year as well. So, there were 17% more listings in that period, so, that's combining a slight rise in inventory. So, we've got 9% more homes on the market than we then we did this time last year.

So, 614 versus 563 at the end of January, so, I think a lot of this is related to confidence and the pipeline crisis. And we've seen a continuation of what we're seeing all throughout last year, where the demand that does exist has been for entry-level homes at single-family homes or duplexes predominantly. And so, we've seen that continue, of course, the big news last week is that the proposed moratorium on camps, of course, we have no idea at this early stage how significant that's going to be. I think we do know that any policy that removes substitute housing like camps, would have a positive impact on demand, but we don't know and whether it would be large or fast, all right.

So, in the last week we haven't really detected a change in buying patterns so much, I don't think, and I totally-- I think some buyers may be bringing forward some decisions and sellers sticking more to their prices, but when you look at the day direct you know what's selling. we haven't seen speculation or a rush to condos etcetera investment properties at this time, but we'll keep an eye on that. In terms of the big factors that are driving things, of course, it's less clear than it was, in the past a lot of things would be negative for demand and positive for supply and therefore negative for prices. There was a big list of things wasn't there stress tests, interest rates, oil prices, bottlenecks, changes in politics, there's a lot on it-- on a negative side for prices.

Which today it's more up in the air, you get the sense that the moratorium-- there's a lot of unknowns there, how would that impact demand, how would that impact local incomes. There's quite a lot of potential side effects too and then-- yes, the pipeline crisis here that has been known about for a long time, there's a lot of political things going on in the province this year. Certainly, more complex picture, the Vancouver real estate board-- I believe it has started lobbying the federal government to alter the stress test. So, just a lot of unknowns right now when it comes to policy, which is kind of interesting.

So, essentially, we remain I think in a balanced market at this time, we believe that we moved from a buyers’ market into a balanced market at some point last year. There are fewer homes for sale than they were doing the first parts of this bust and demand has grown, the bigger picture is there are more people buying houses year over year, last year versus the year before and the year before that. So, that's-- we don't know the future but that's a logical trend, because prices are lower.

So, that's my update, I won't bore you with anymore and if you have any questions and we have a whole team here ready to help you whether you're looking at buying or selling, we do know what we're doing, so we look forward to helping you. Thank you!