Are Higher Interest Rates Set to Pull Back the Housing Market? | The A-Team
Previous
Next

Are Higher Interest Rates Set to Pull Back the Housing Market? 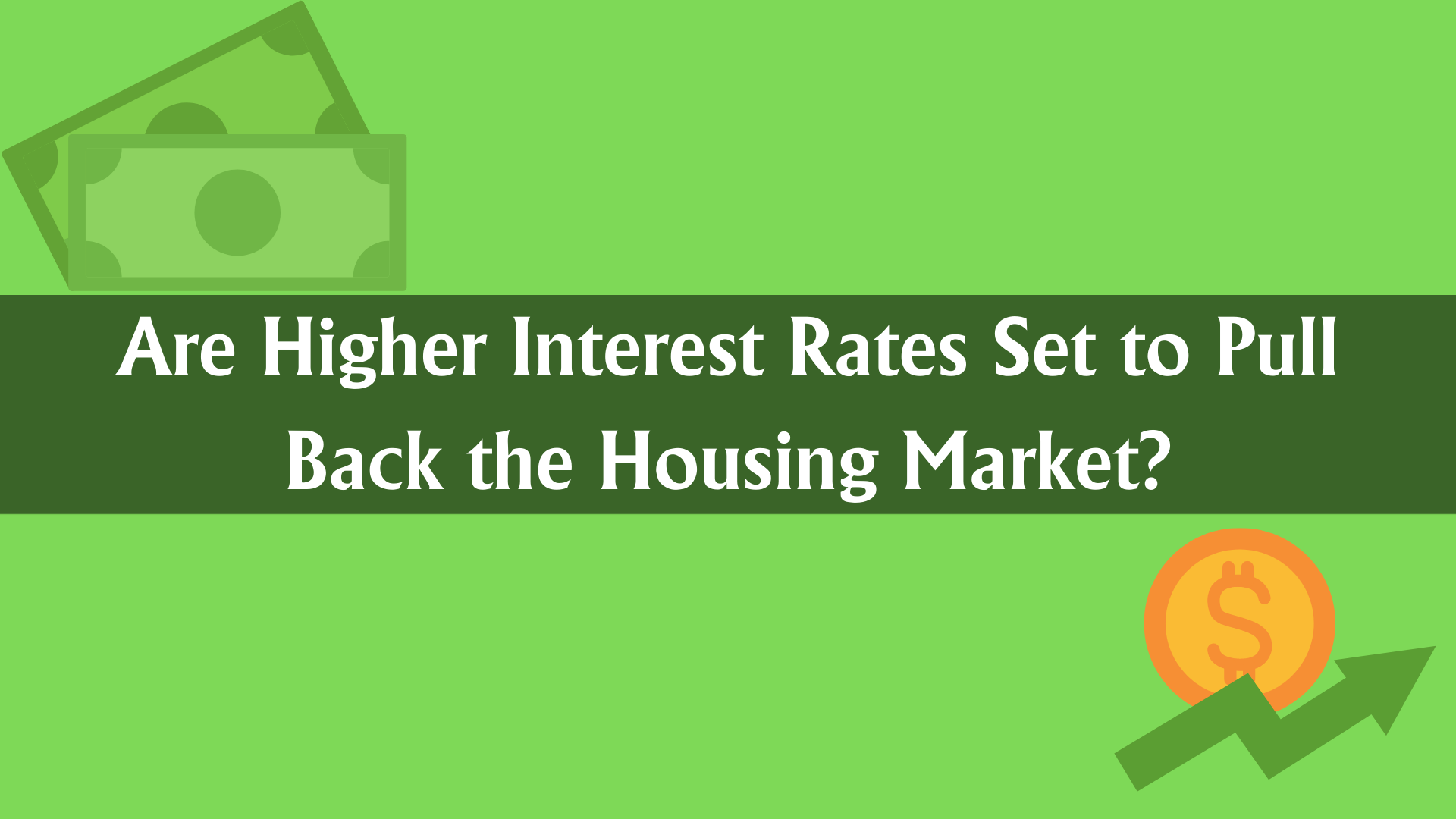 Since the Bank of Canada decided to raise interest rates yet again last month, the effect on the country's housing market has yet to be fully realized. While the true impact will take a few more months to measure, early indicators look to be foreshadowing an unfortunate yet expected slowdown.

For one thing, the higher rates were put in place to make it more costly to borrow money. With debt among Canadians rising, a decline in borrowing would ideally allow more money to be spent on existing debt. But spending on debt means less spending elsewhere, particularly homes:

Canada is being confronted with higher interest rates, and it’s really turning into a drag on growth. Bank of Canada (BoC) numbers show the M1+, a broad measure of money, is seeing significantly lower growth this year. The slowing growth is a sign of economic slowdown, often resulting in slowing sales of assets that require large financing – like a house or car.

The BoC’s job is to manage the growth rate of money “indirectly,” and this is one of the measures they’re managing. When the BoC raises rates, it costs more to borrow. The result is less borrowing, and more money used to service existing debt. This leads to a decline in the amount of cash in bank accounts, which shows up in the M1+. As people deleverage and get their finances under control, they stop spending as much. That gives us a slowing economy, and starts the end of the business cycle. Read more... Analysts use the M1+ index to measure liquid money. That is, money outside of banks and credit unions. The following graph shows that M1+ has been dropping for some time, meaning Canadians have less money to easily spend. 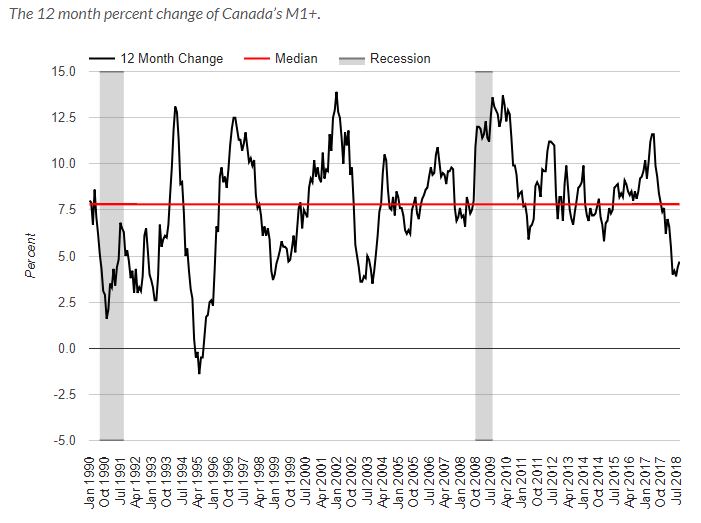 The impact that the high interest rates have had extends to mortgages, of course. Mortgage rates increase to keep up with interest, and this makes owning a home more expensive. Considering the nationwide housing market was becoming more and more unaffordable before the rate hike, this is an important development:

The growth of the average property sale price in the majority of Canadian metropolitan areas increased in the third quarter of 2018, outpacing the average household after-tax income.

“This tightening of access to property is due to stricter conditions for obtaining a mortgage, while mortgage rates have been rising for several months,” reads the Desjardins report. “The capacity of households to buy a home has therefore dropped across Canada.”

The report notes that affordability levels remain below their historical average, meaning that buying a home was more difficult in Q3 2018 than it was on average over the last 20 years. Read more... The effect varies across different markets, with Montreal, Toronto, and London, in particular, seeing affordability decline.

Another negative sign is the decline in housing starts. Housing starts have been declining since July, with October's numbers the lowest since February 2017:

“The national trend in housing starts declined for a fourth consecutive month in October, which leaves the trend at its lowest level since February 2017,” says Bob Dugan, CMHC’s chief economist. “However, despite declining for several months, the trend remains slightly above its long-run average because it follows historically elevated levels of activity in 2017.”