Are Canadians Taking on Too Much Household Debt? 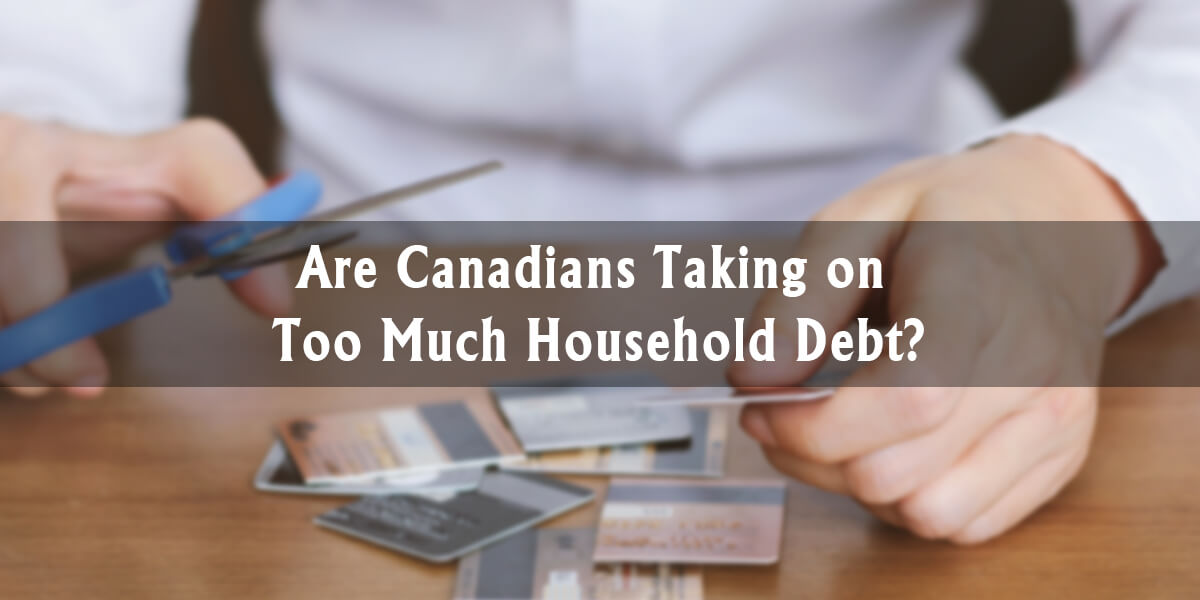 The fallout of the new nationwide stress test rules for mortgages, which came into effect this year, has slowed down. The housing market has mostly adjusted to those changes, even though the increasing possibility of more interest rate hikes threatens to shake things up next month. Even without the new hikes, however, there are still big issues below the surface, namely the issue of household debt.

To be clear, mortgage debt taken on its own is falling: borrowing declined $3.6 billion in Q2 2018 according to Statistics Canada. But the debt-to-asset ratio is stable, mostly due to falling home prices:

Canadians' household debt levels continue to slow, at least when it comes to mortgages

“Growth in residential real estate has proceeded at a slower pace over the last five quarters, due to more moderate housing resale prices,” reads the report. “Overall, the debt-to-asset ratio remained relatively unchanged as growth in assets narrowly outpaced growth in liabilities.”

Many economists remain concerned about Canadians’ household debt levels, which remain some of the highest in the world, despite the falling mortgage debt. Earlier this month, BMO senior economist Benjamin Reitzes wrote that the problem was far from solved.

“Risks around housing appear to have dissipated with the national market stabilizing in recent months,” he wrote. “[But] household debt is an issue that isn’t going to be resolved anytime soon.” Via livabl.com Unmanageable debt seems to be what the new stress test rules were designed to alleviate, and they're doing their job so far. The current debt is likely to stay for a while though, especially if interest rates increase again. 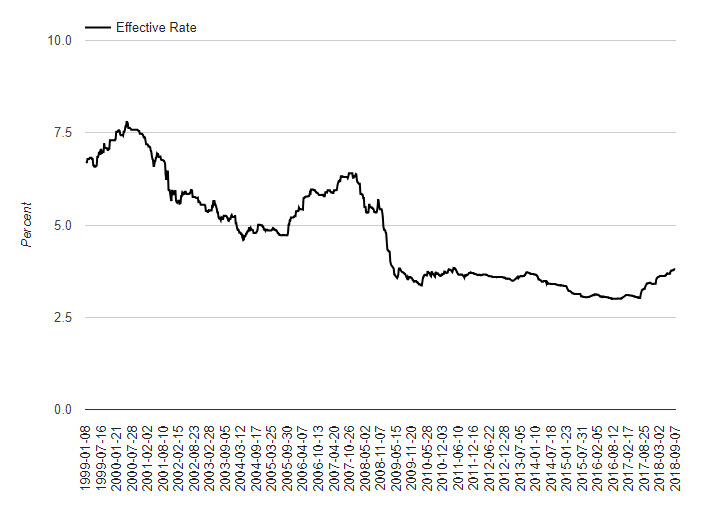 Speaking of interest, those high-debt households are devoting more and more income to paying off lenders. The effective borrowing rate reached 3.8% this week, a seven-year high:

The effective rate at 3.8% means you can borrow 5.46% less than someone making the same amount last year. Compared to the all-time low hit in November 2016, that same household has 9.4% less borrowing power. In dollar terms, a household that could borrow $1,000,000 in November 2016, could only borrow $906,000 today. Making a little more sense why wealth managers have been a little bearish these days? Unless rates drop, generally a bad sign for the economy, that borrowing power isn’t coming back soon.

The impact will also extend to the economy, as households devote more cash to interest. For example, let’s look at a household borrowing a $1,000,000 mortgage at the all-time low of 3%, over 30 years. They should expect to pay $518,000 in interest, if rates theoretically could stay at the same level for the term. At today’s 3.8% rate, that would jump to $678,000 in interest, over $160,000 more than the all-time low. In Canada, all mortgages are limited by terms, so the rate will average up for both. However, the point is fast rising rates are going to cost the typical household a lot more. h/t betterdwelling.com More cash used to pay off debts means less money for consumer spending and investments like new homes, leading to an economic slowdown. Fortunately, these rate highs have only lasted a few weeks historically, so this may not be the end scenario.

With the housing market and associated debts growing more and more in importance, the issue has become a top concern for many Canadians. In our biggest city specifically, 40% of Toronto residents have housing costs as one of their top 3 concerns for the upcoming election:

“Residents of the GTA are concerned about housing affordability and availability,” says Dave Wilkes, President and CEO, BILD GTA. “People are concerned about where young families and first-time homebuyers will live, or if they will be able to afford to live in the GTA at all.”

It’s not surprising that 48% of millennials listed the cost of housing as an important election issue. As those surveyed grow in age, their concern over cost of housing decreases. More than 40% of the 35-54 age group consider the cost of housing a top issue, while only 25% of the 55+ group are concerned. h/t blog.newinhomes.com Of course, while Toronto isn't necessarily representative of the whole country, trends and issues there are likely to be trends and issues here at some point, Luckily Fort McMurray's housing market is mostly stable at the moment.