How Hard is it for First-Time Buyers in Today's Housing Market? | The A-Team
Previous
Next

How Hard is it for First-Time Buyers in Today's Housing Market? 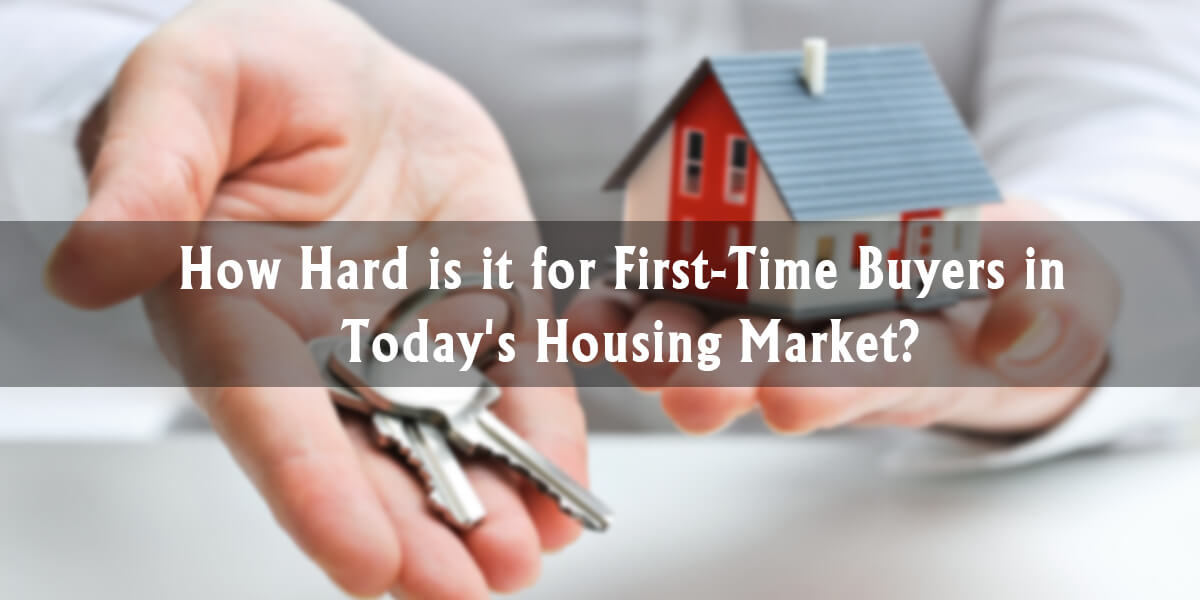 In the wake of the Bank of Canada's latest interest rate hike, first-time home buyers may become apprehensive about the possibility of owning a home. With even current homeowners going deeper into debt, it's not the most ideal market. But how much of an impact are increased debt and higher costs in general having on first-time buyers?

Looking strictly at prices, the situation is promising: most of Canada's cities are experiencing buyer's markets. While analysts were expecting prices to climb next year, more recent predictions have prices going down thanks to slowing GDP growth:

“We expect economic growth to slow to 1.7 percent this year and only 1.3 percent in 2019, as the housing downturn continues to weigh on consumption and residential investment,” he wrote.

While slowing home sales could weigh on the economy, Ashworth also predicts that house prices will erode in the coming year.

“For the time being, house prices have merely stagnated rather than collapsing, but that is probably only a matter of time,” he wrote. “Even without a decline in house prices, which would weigh on consumption via the negative wealth effect, we anticipate a sizeable contraction in residential investment over the next few years.” h/t livabl.com Outside of sky-high prices in Toronto and Vancouver, most of the country has seen calm pricing trends, which keeps price from being the major reason first-time buyers have it especially tough.

Mortgage issues, and debt in general. are more pressing. Mortgage debt is reaching new highs, and household debt, while growing slower than normal, is still rising:

Canadian Household Credit Growth Falls To Levels Not Seen Since 1983

Canadian households racked up an all-time high for debt. The balance of credit reached $2.153 trillion in September, adding $7.57 billion from the month before. The monthly change works out to a 0.35% increase, and the balance is 3.61% higher than the same month last year. We’re looking at the slowest pace of growth for household debt since July 1983. That’s right, it’s only been this low before and after a pretty big recession. Let’s break down where we’re seeing the biggest slowdowns.

Canadian residential mortgage credit reached a new high, but is slowing in growth. Mortgage debt hit $1.53 trillion in September, adding $3.57 billion from the month before. The monthly increase works out to 0.23%, and the balance is 3.4% higher than the same time last year. Mortgage credit growth has been in a downtrend since it peaked in January 2016. betterdwelling.com With debt going up, it's easy to why interest rate hikes are having a big impact. While the market has adapted to stricter mortgage rules introduced in January, the interest rate issue is proving to be tougher to handle.

Many potential buyers actually do own some real estate, but the goal of a single-family detached home is getting harder to attain for millennials, according to a study by Sotheby's:

Many Canadians giving up on the dream of single-family homeownership

While the majority dream of detached living, only 56% made that dream come true, and 43% who already own real estate, but not a single-family home, have given up the dream of single-family ownership due to high costs.

That said, 93% of owners are either “very” or “somewhat satisfied” with their current home. With the average single-family home coming in around $1.5 million in the Greater Toronto Area, increasing interest rates, and the mortgage stress test, most people are probably just happy to be able to afford to buy anything at all. blog.newinhomes.com While the market in Toronto is an outlier compared to the rest of the country, the fact that so many millennials have simply given up shows how unaffordable our biggest market has become.