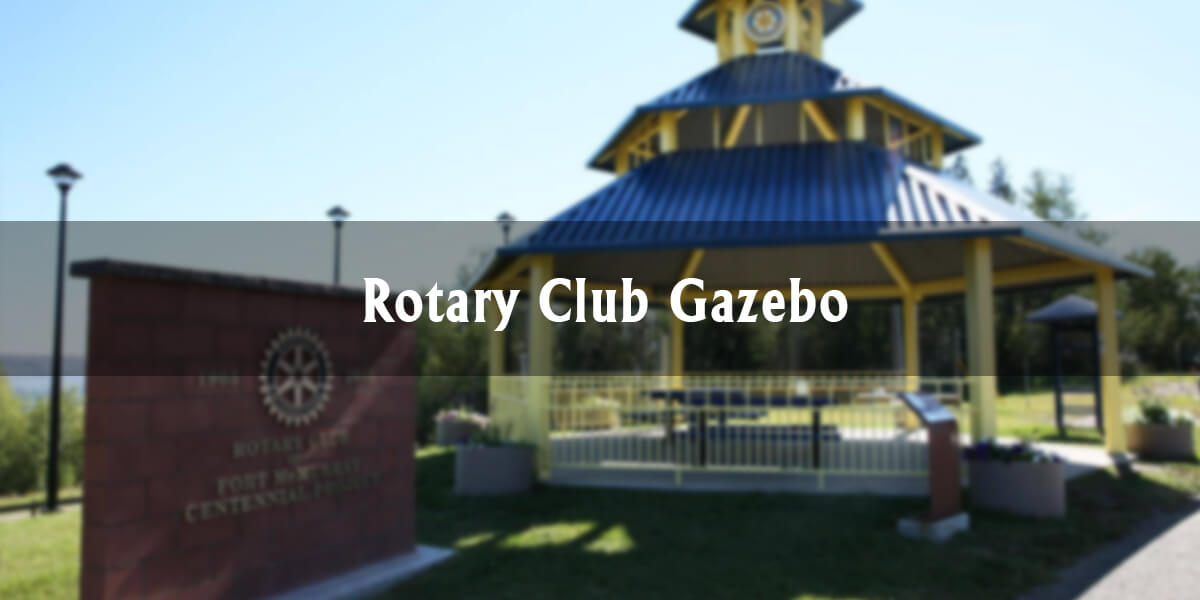 Popular meeting point for local residents with a birds-eye-view

The Rotary Club Gazebo is one of Fort McMurray’s most popular lookout points and acts as a central meeting spot for outdoor enthusiasts and residents.

Located at the top of Thickwood Boulevard at 373 Thicket Drive, the Gazebo’s bright colours of yellow and blue can be viewed from the city’s downtown core, and while motorists drive north across the Steinhauer Bridge. It’s open to the public 24 hours a day and sits across the street from Saint Paul’s Elementary School and Thickwood Heights Elementary School

The Gazebo was built in 2005 as part of the global celebration of the Rotary International Centennial Project. The local Rotary Club of Fort McMurray had the Gazebo built for residents to enjoy the scenic view that overlooks the Athabasca River.

According to an article in the Fort McMurray Today, the Gazebo received renovation updates in the summer of 2015 to add fresh paint and outdoor lights. the Rotary Club of Fort McMurray stated in the February 23, 2016 article:

“Ten years, after the creation of this gazebo, we felt the need of some updating of the project. This past summer, we were able to partner with many local businesses, as well as our wonderful Rotarians and input new paint, new lighting and new Rotary signage explaining the Centennial Project,”

“Now when you’re driving north of the bridge on Highway 63 and see the lights at the top of the tree line in Thickwood, you know that’s the Rotary gazebo.” From 2011 to 2015, the Gazebo was the traditional starting point for the Fort McMurray SPCA’s Annual Walk to Stop Animal Abuse, which has since relocated its event to the Syne Point Park. This walk brought hundreds of Fort McMurray pet owners together to raise awareness and pledges to stop animal abuse and neglect. 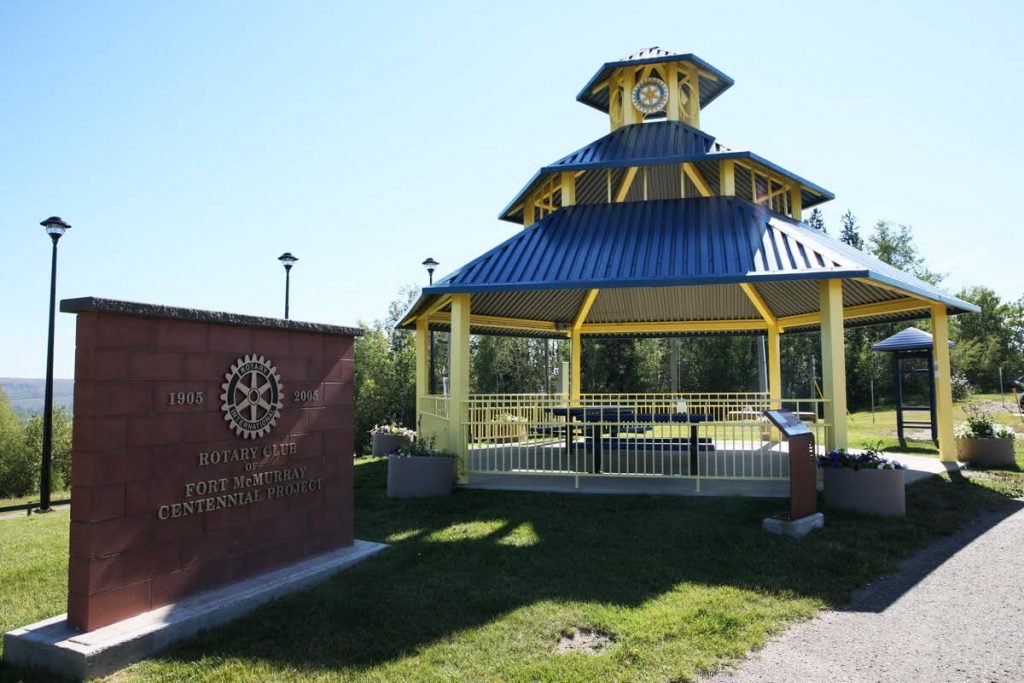 The Gazebo continues to be the central point for community groups like the YMM Free Fit and other running clubs, as well as local photography enthusiasts.

And today, hundreds of runners from the Fort McMurray Marathon will see the Gazebo in their distance as they take on the 42.2 kilometre run along the Birchwood Trails and back to MacDonald Island Park.

Go Fit Life also used the Gazebo as their base camp for events, including the Summer Boot Camp Party, which is a series of outdoor boot camps hosted around the Thicket Drive area.

According to their website, the program allows residents to workout under the guidance of Coach Tammy Slauenwhite, who is a certified Health & Fitness Coach with 18 years of coaching experience

Local photographer and videographer Graham Whatmough of Where the Highway Ends gave the lookout a five-star review on Funadvisor.ca stating it’s “a great spot to go and photograph downtown.”

Another resident reviewed the Gazebo calling it a Fort McMurray landmark for outdoor meetings.

“It’s a landmark to meet for outside outings,” Borrey Kim stated in a Google review. “Bike park is there, as well as a nice path on the upper ridge around Signal Road.”

Whether residents are looking to have a picnic or workout by utilizing the surrounding trails and hillsides, the Rotary Club Gazebo is a great place to rest and play, while getting a birds-eye-view of Fort McMurray.