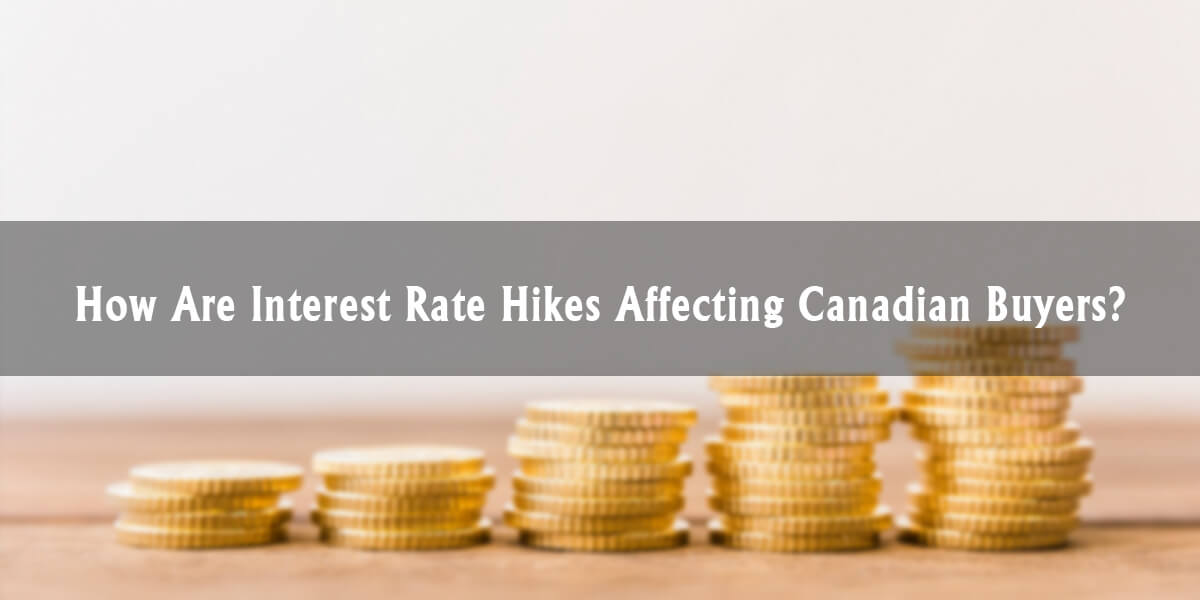 The Buyer and the Interest Rate

The Canadian central bank has raised interest rates 4 times since last summer. We commented on it then, and in light of the hike last month, it's pertinent once more: buyers are highly affected by these changes.

The bank made July's hike due to the strength of the job market, but the bank's governor acknowledged the effect it would have on buyers:

"People who don't qualify for a mortgage on the house they wish today have multiple avenues of adjustment," Poloz said during a press conference announcing the rate hike, "one of them being to just go ahead to buy a smaller or less expensive home."

One (perhaps cynical) way to view his comments is: You're on your own. The Bank of Canada isn't going to stop hiking rates to save you money on your mortgage payments. Read more... Further hikes are possible. Taken along with recent stress-test changes, it's another sign that smaller houses might be the way to go.

However, even those who opt for smaller homes still have to deal with the fact that the rising interest rate has bolstered the national borrowing rate to heights not seen in almost a decade:

The cost of borrowing is making steep climbs, as lenders try to cool the debt binge to sustainable levels. The weekly effective borrowing rate reached 3.77% at the end of July, up 18.55% from last year. In addition to it being the highest level we’ve seen since May 2011, it’s also one of the fastest climbs. We haven’t seen this rate climb this quickly since before the Great Recession. Via betterdwelling.com

This is likely to lead to a more nuanced vetting of borrowers, which in turn makes it harder to qualify for a mortgage. The importance of being properly prepared to buy has increased even more, so it's prudent to take a good look at your finances before starting your search.

So does this mean the outlook for prices (nationally) is grim for this year? It might seem like it, but according to TD's outlook, the markets nationwide are likely to move faster this fall:

“The…key question for Canada’s economy is, of course, the fate of the Canadian housing market,” he writes in a recent note.

That fate is starting too look up, as housing data suggests that markets continued to warm up in July, having finally adjusted to the effects of a new mortgage stress test which came into effect on January 1.

“Early data for the month of July reported this week was mixed, but overall suggest that the worst of the housing correction is in the rear-view mirror,” writes Marple. Read more... Earlier in June we reported on Fort McMurray's housing market, and how it's improved. We noted that although prices are stagnant, confidence is up, which is a good sign for the area. TD seems to agree, although the recovery nationwide might be at a different pace than Wood Buffalo, for a variety of reasons.