The Athabasca River | The A-Team
Previous
Next 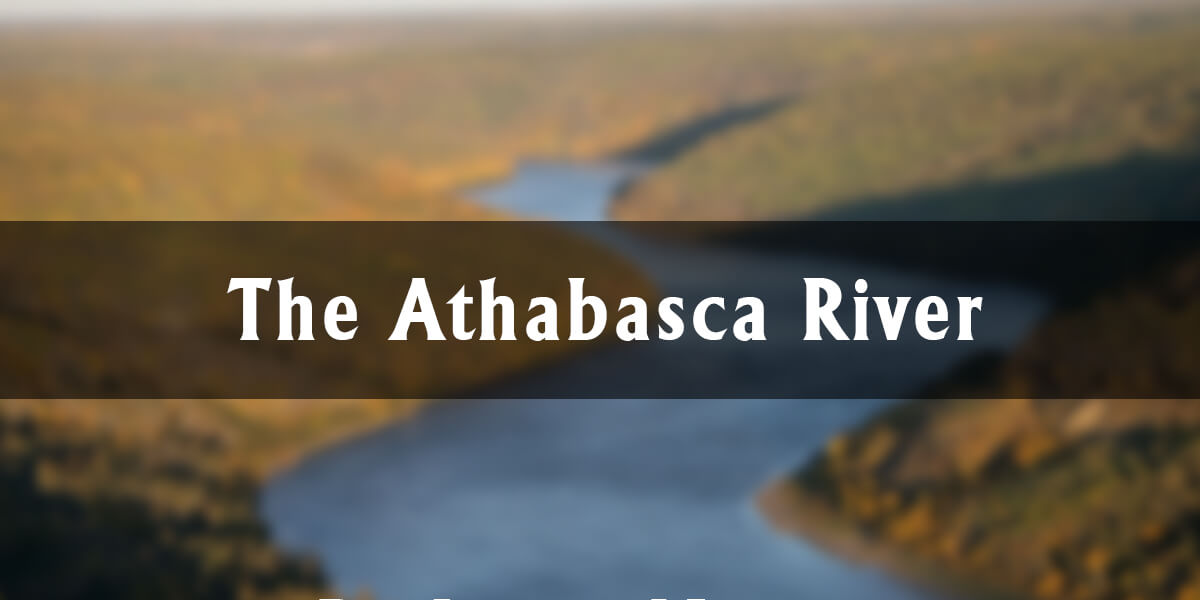 The Athabasca River is Alberta’s longest river at 1,538 kilometres in length and flows adjacent from Fort McMurray’s downtown core. It’s also the second largest river in Alberta, and the largest undammed river.

It’s one of the five rivers that flow through the city, which also includes the Clearwater, Horse, Christina and Hangingstone Rivers. There is also the waterway called The Snye.

The river originates in Jasper National Park and flows northeast through the province of Lake Athabasca in Wood Buffalo National Park, as stated by Travel Alberta.

The entire Athabasca river basin is approximately 159,000 square kilometres, which is about 24 percent of Alberta’s landmass. It is fed by ten smaller watersheds or sub-watersheds that flow into the Athabasca River (McLeod, Pembina, La Biche, Lesser Slave and Clearwater).

The historical review compiled by the Alberta Water Portal Society states the Athabasca River was developed “primarily as a transportation route, starting with David Thompson who mapped the first navigable trade route through the Canadian Rockies in the very early 1800s.”

Thompson has been titled to be one of the greatest surveyors, mapmakers and land geographers of all time. In the winter of 1798-99, he set out an exploration of what is now northern Alberta.

According to the Northwest Journal, he first traveled to “Fort Augustus (near present-day Edmonton) then along the Pembina and Athabasca Rivers to Lesser Slave Lake He proceeded down the Athabasca to the Clearwater River in Fort McMurray, which was formerly known as the Fort-of-the-Forks trading post.

By 1810, Thompson had built North West Company trade posts and pioneered routes deep into the Rocky Mountains. After conquering this mighty journey, he was planning to go on leave but then received new orders from the North West Company to head to the Pacific Ocean to find a route to open up trade with the coastal natives and to establish trade in China.

In CBC’s News history segment, “Overland to the Sea,” it shares a letter from Thompson explaining how his previous journey has worn him out.

“The critical situation of our affairs in Columbia obliged me to return. I am getting tired of such constant hard journeys. For the last 20 months, I have spent only bare two months under the shelter of a hut, all the rest has been in my tent, and there is little likelihood the next 12 months will be much otherwise.”

Through time, Fort McMurray has also had its history of flooding and the provincial and municipal government have continuously placed efforts to develop a solution to enhance public safety and reduce future flood damages through the identification of river and flood hazards. The River Breakup awareness campaign takes place in the warmer Spring temperatures after the ice melts, and ice jams can occur through this time.

Every Spring, officials monitor the Athabasca River upper basin, local river levels, precipitation and overall weather patterns during the ‘River Breakup’ period. The municipality prepares the community with frequent public service announcements through this time to keep residents informed on any potential risk of flooding.

The Regional Municipality of Wood Buffalo (RMWB) states that “while floods cannot be predicted,” the municipal’s Emergency Management Branch works closely with Alberta Environment to mitigate the potential impact of a flood. Numerous checkpoints are also placed on the Clearwater River to provide warning of an ice-break.

A 2018 study update report from the Alberta Government announced the status of the ‘Fort McMurray River Hazard Study’ stating their plans to deliver a hydrology assessment, new hydraulic river models, updated and new flood inundation and flood hazard mapping, a flood risk inventory, and a channel stability assessment – all of which will be provided to the RMWB to support their local emergency response and land-use planning needs.

While winter has just settled in, the municipality encourages residents to prepare themselves. Click here to learn how to make an emergency plan and visit the RWMB’s website at www.rmwb.ca for more information.