Shell Place on MacDonald Island | The A-Team
Previous
Next 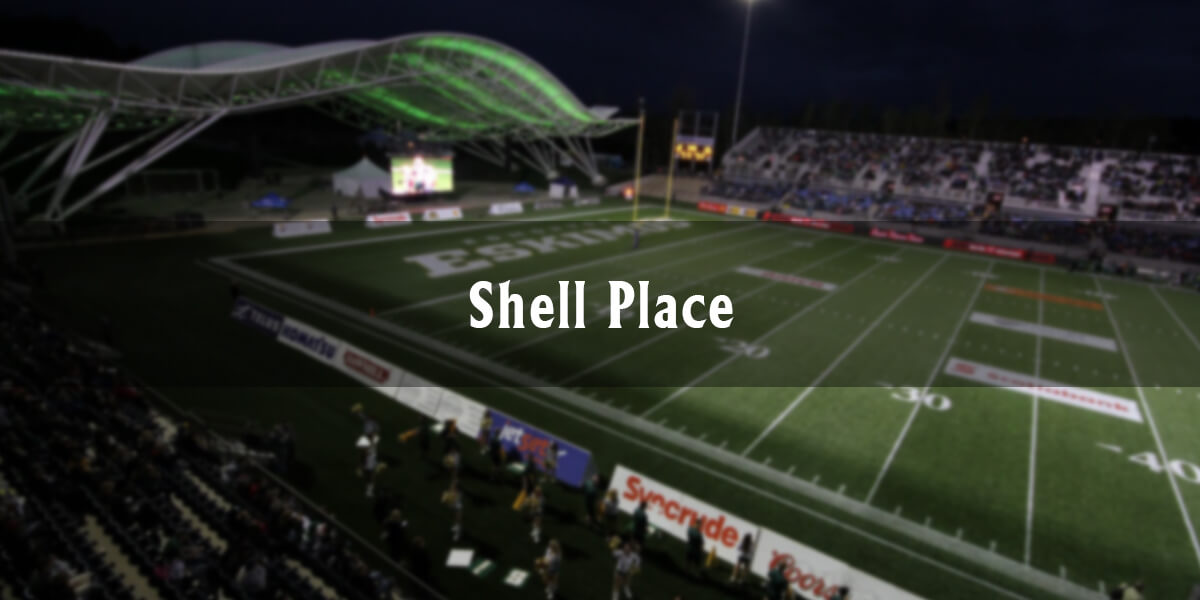 People often come to the Wood Buffalo region to get a chance to see the Northern Lights and, while this can be hit-or-miss, there is one place a replica of them shine brightly year-round.

The lights can be found on MacDonald Island over the Nexen Energy Stage at the Shell Place facility. It’s an approximately 30,000 square feet polytetrafluoroethylene (PTFE) canopy structure, which was designed to be a lightweight, cost-effective solution and mimic the Northern Lights.

It has become a focal point for the city, and one of the many highlights Shell Place offers.

The Shell Place is a mixed-use sports and leisure complex located on MacDonald Island and accompanies the Suncor Community Leisure Centre and Miskanaw Golf Club.

According to the Regional Recreation Corporation of Wood Buffalo (RRCWB), the official grand opening of Shell Place facility was on June 12, 2015, with community dignitaries, partners and thousands of residents in attendance.

The ribbon-cutting ceremony came with an attempt of claiming an official Guinness World Record title for having the ‘most participants in a ribbon cutting’ and had students from all four school districts in the Wood Buffalo region to participate.

“Starting today, our community gets to reap the benefits of these great new facilities,” stated General Manager of Shell Albian Sands Peter Zebedee in a release. “Once again, the people of this region have come together to create something incredibly special that takes sports, entertainment and social profit services to a whole new level.”

When world-famous rock stars and athletes come to Fort McMurray, they perform on the SMS Equipment Stadium stage at Shell Place. From Stephen Tyler and his Aerosmith bandmates to John Fogerty, it has had no storage of talent since opening.

It also claimed the title to be the host stadium of the furthest north exhibition and regular seasons game in CFL history when the Northern Kickoff I and II, after the Edmonton Eskimos played against the Saskatchewan Roughriders and Toronto Argonauts.

A CTV News article quoted local resident Mercy Jahn stating, “We are so proud, so proud of Fort McMurray for hosting this. You have no idea.”

The pre-season match with the Eskimos versus the Roughriders brought close to 12,000 fans to the stands, which was their first time seeing the $127 million expansion project complete for many.

The venue also hosted the opening and closing ceremonies for the 2015 Western Canada Summer Games, the 2016 Baseball Canada Cup and motorsport events such as Nitro Circus and Monster X Tour.

In most recent news, there has been discussion inside the city council chambers to change the Shell Place stadium into an all-weather indoor structure.

According to Mix 103.7 News, a notice was brought forward to request “administration conduct a feasibility study on turning the outdoor section of Shell Place into an all-weather facility.”

The report on the study will be presented to the Regional Municipality of Wood Buffalo council on February 5, 2019.

To celebrate the New Year, residents will be attending The Craze on MacDonald Island, which is the city’s annual New Year’s Eve event. This family-friendly festival includes local entertainment with fireworks in the evening.