MacDonald Island Park in Fort McMurray | The A-Team
Previous
Next 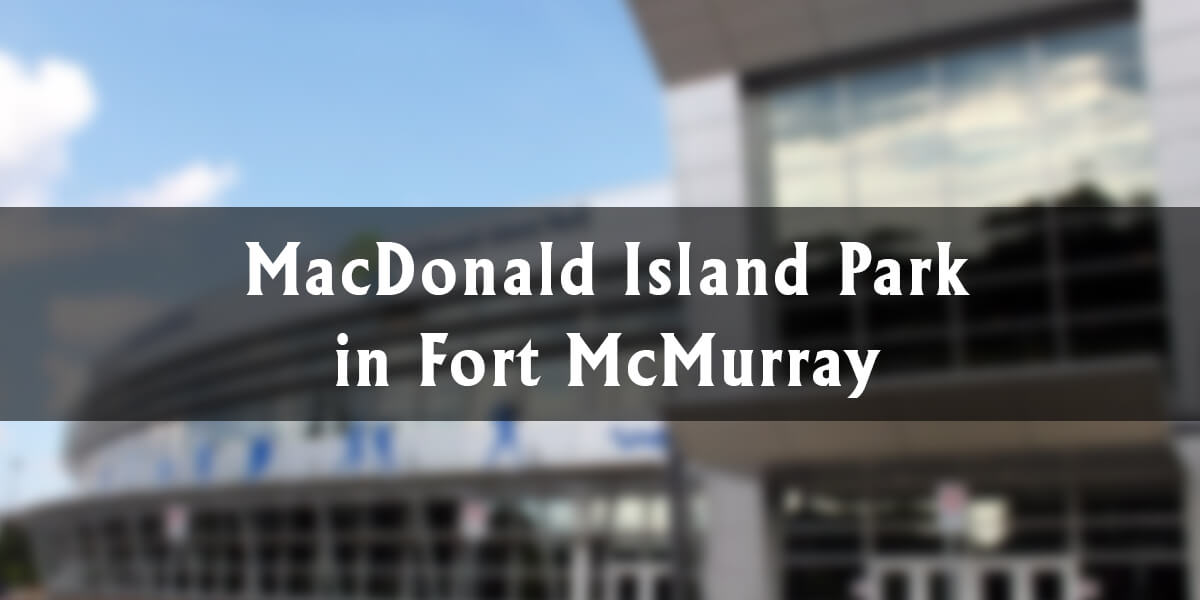 Situated on the banks of the junction of the Clearwater River and Athabasca River is Canada’s largest community recreation, leisure, and social centre – MacDonald Island Park.

According to the Regional Recreation Corporation of Wood Buffalo (RRC), MacDonald Island is rich in history dating back to 1872 when John James MacDonald arrived in Fort McMurray to work for Hudson’s Bay Company.

He was the first known settler during this time and set up “residence on ‘McMurray Island’, which was renamed MacDonald Island” after he allotted the land.

The MacDonald family remained on the Island through the 1880s to the 1910s, when only a few residents remained in the area after the fur trade declined. And in 1942, the last person to reside on the Island moved away.

In 1966, local athlete and resident Charles ‘Chuck’ Knight began campaigning for a year-round facility. The year following, a volunteer group completed construction for the Miskanaw Golf & Country Club. Knight became the driving force for the facility.

The MacDonald family remained on the Island through the 1880s to the 1910s, when only a few residents remained in the area after the fur trade declined and in 1942 the last person to reside on the Island moved away.

After Knight became Mayor of Fort McMurray in 1973, the council appointed a steering committee to oversee the construction of the MacDonald Island Recreation Complex.

It opened for its first time with a golf course, three baseball fields, a football and soccer field, four tennis courts, cross-country ski trails, a cricket pitch, archery and an indoor facility with ice rinks and a 12-sheet curling rink in 1978.

In 2015, Knight was inducted into the Wood Buffalo Sports Hall of Fame for his community efforts. An article in MyMcMurray.com quoted his daughter Kim Holwell stating: “I’m so proud that his vision and legacy still positively influence the community and is being recognized.”

During 2006 and 2008, the Centre closed down for repairs and reopened in 2009 with two NHL-sized arenas, an eight-sheet curling rink, an indoor playground, two indoor field houses, an indoor running track, a fitness centre, squash and racquetball courts and meeting and banquet facilities, among other world-class amenities.

In 2011, the Regional Municipality of Wood Buffalo hosted an official ribbon cutting ceremony and named the street leading into the Island, C.A. Knight Way and further honoured Knight with a memorial waterfall inside the lobby of the Suncor Community Leisure Centre.

And in 2015, the Globe and Mail headlined “CFL comes to Fort McMurray’s field of dreams” when the Canadian Football League hosted the northernmost game with the Edmonton Eskimos and the Toronto Argonauts in MacDonald Island’s new $133-million Shell Place stadium.

Forty years later, the Island operates as a not-for-profit corporation and is home to the Suncor Community Leisure Centre, the Miskanaw Golf Club and Shell Place. A long list of successful events has and continue to take place since the completion of the recreation centre hub.