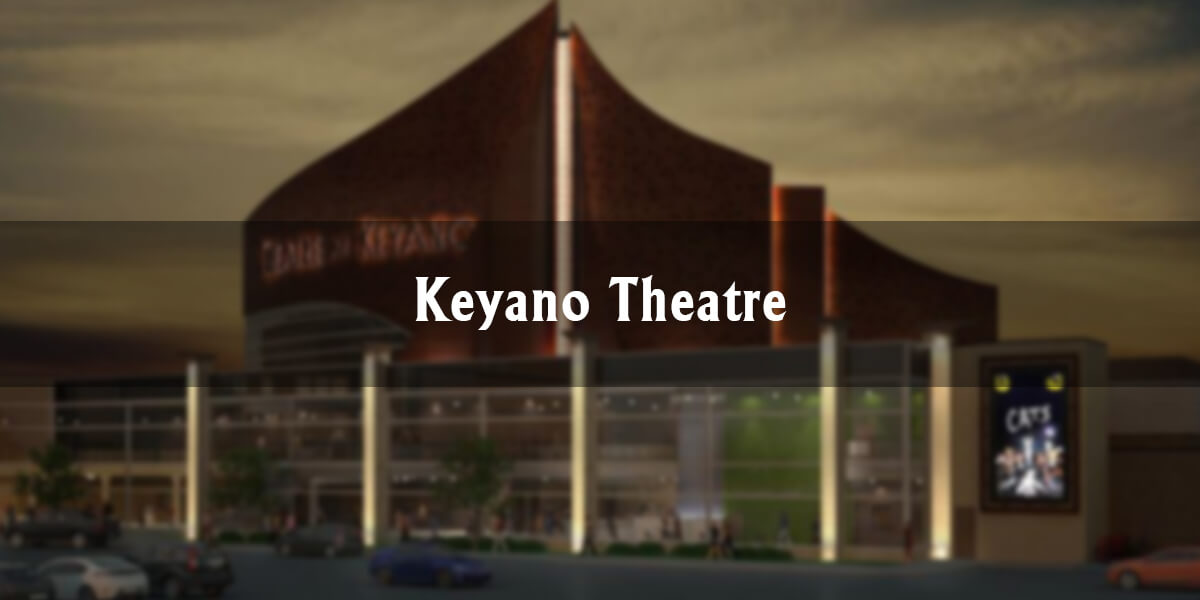 Setting the Stage for Local Talent

Keyano Theatre has been a pinnacle platform for local, national and international performers to entertain the residents of Fort McMurray for almost four decades.

The Theatre first opened in 1980 under the Keyano College umbrella which has “grown to become a modern series of buildings on many campuses.” Major building completions have been included over the years.

The Arts Centre opening followed ten years later in 1990. Today, the two work as one to be the centralized place for arts and culture in the community.

Jann Arden, Rick Mercer, and William Shatner are just a few of the many Canadian influencers and celebrities to come to visit this particular Fort McMurray stage.

The driving force behind local productions comes from the Keyano Theatre Company (KTC) which is a volunteer company of people committed to providing “meaningful, relevant and quality entertainment.”

The KTC’s 4-Play Drama Season is the main series and features local community theatre productions each year and one professional touring production. The Theatre also offers additional performance series with Syncrude Arts Alive, Reel Performances and the Affair for the Arts.

In 2012, the KTC introduced a record-breaking act for the 2012-13 season by casting over 100 local actors to take the stage for Hometown… The Musical! which was co-written and directed by Michael Beamish and Claude Giroux. It shared the real stories of the people living within the Wood Buffalo region.

Beamish told the Fort McMurray Today it was a dream that had come true.

“My ultimate dream was to do a show on the mainstage, to write or direct, but I get to do both with this one which was awesome,” as he stated in the February 2013 article. “And for it to be the largest show in KTC history is just that much better; the candle on the cake.”

Since 1998, the Syncrude Arts Alive series has introduced musical performances, comedy acts and children’s theatre to the community. With Syncrude Canada being the title sponsor since 1998, this series has been made possible to welcome entertainers on a national and global level.

The Reel Performances series is also made possible with a partnership with the TIFF Film Circuit and features the best of international and Canadian cinema. The Affair of the Arts portion of programming aimed at raising funds to help assist the Keyano Theatre & Arts Centre.

As the Theatre’s future continues to move forward, new initiatives with the local arts have been invested at the Arts Centre. In August 2018, the Arts Council Wood Buffalo (ACWB) moved its headquarters into the Centre. The Council has over 160 registered members.

The ACWB offers a variety of services and events with a mission to “build the capacity of our local artists to compete and thrive; create collaborations between artists, arts organizations, non-profits, and industry.”

The next production to take the mainstage at the Keyano Theatre & Art Centre is Mamma Mia! on February 14, 15, 16, 21 and 22 at 8 p.m. and February 23 at 2 p.m. and 8 p.m. Click here to buy tickets. To learn more, visit www.keyano.ca/StudentLife/TheatreArtsCentre.