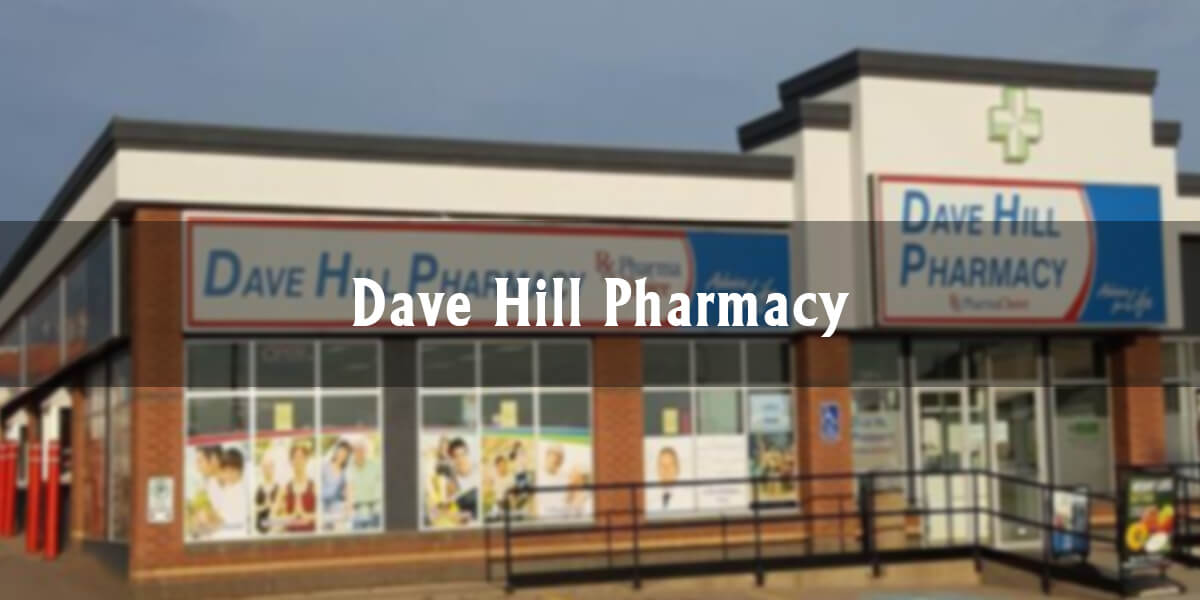 Dave Hill’s Pharmacy is unlike any other pharmaceutical centre in Fort McMurray because it comes with a long-standing, respected reputation for service in health care.

It’s located on the top of Thickwood Heights at 1-200 Thickwood Boulevard. By providing a drive-thru service with operation hours open until midnight, this local pharmacy is one-of-a-kind. The establishment was opened by third-generation pharmacist Dave Hill, who is son to Ken and grandson to Walter.

Rewind to 1922; the Hill name was first introduced to the region by Walter Hill after he arrived in Fort McMurray to help run Sutherland’s Pharmacy. This particular pharmacy launched only four years earlier by Angus Sutherland.

As archived on Virtualmuseams.ca, Sutherland was the first person with professional medical knowledge to come to Fort McMurray after studying Pharmacy at the University of Winnipeg. He opened up the first pharmacy in the town in 1918. After becoming ill, he asked Hill to come to the oil sands to help take over the company.

An article in the former Connect Weekly Newspaper got in touch with Dave Hill:

The Hills have been involved in helping look after people’s health in Fort McMurray for more than 90 years when Walter Hill first arrived in 1922 to help run Sutherland’s Pharmacy. Angus Sutherland had come in 1918 and was the first medical person here. However, he soon needed help because of ill health. “He asked my grandpa to buy him out. My grandfather said ‘Well I’m too young; I don’t have any money, why don’t we become partners?’” Via fortmacconnect.ca

The partnership continued until Sutherland’s death in 1951, which also saw a rebuild to the store after a fire broke out in 1934. Today, the store that was built to replace the original pharmacy – Hill Drugs – can be found and viewed at Heritage Park at 1 Tolen Drive.

As for Walter’s grandson, Dave wanted to continue the legacy of the Hill name. And since opening the pharmacy, he had been awarded a Gold Star Award for Customer Service in Retail by Fort McMurray Tourism. (The awards are now hosted by the Fort McMurray Chamber of Commerce.)

Hill was also accredited for his heroic efforts during the 2016 Fort McMurray Wildfire when he stayed behind at his pharmacy to ensure first responders and oil sands employees could receive their prescription medications. Global News covered the story of his efforts on June 2, 2016.

During this time Dave Hill Pharmacy was the only pharmaceutical centre in the city to remain open to help over 4000 workers.

Just over one year following the 2016 Wildfire, Hill decided to start semi-retirement and sold the pharmacy to KAI Health. Hill has stated on his personal LinkedIn profile that this company “will continue the Dave Hill Pharmacy legacy with all staff and services.”

It also states, Hill educated himself on succession planning to ensure the pharmacy protects the community’s interest.

“(He) asked the team of Mike Jaczko of K.J. Harrison of Toronto, Max Beairsto of Enterprise Valuators, Kirk Goodman of KGPC Corporate Law, and Tony Edgington of KBH Chartered Accountants to take us down the path of the complicated task of selling, while protecting our interests,” as shown in a news release.

Today, Dave Hill’s Pharmacy continues to work in the same model built for local residents to provide superior service and it foresees exceptional growth in its future. Click here to learn more.