Beyond Franklin: Hospital Street | The A-Team
Previous
Next 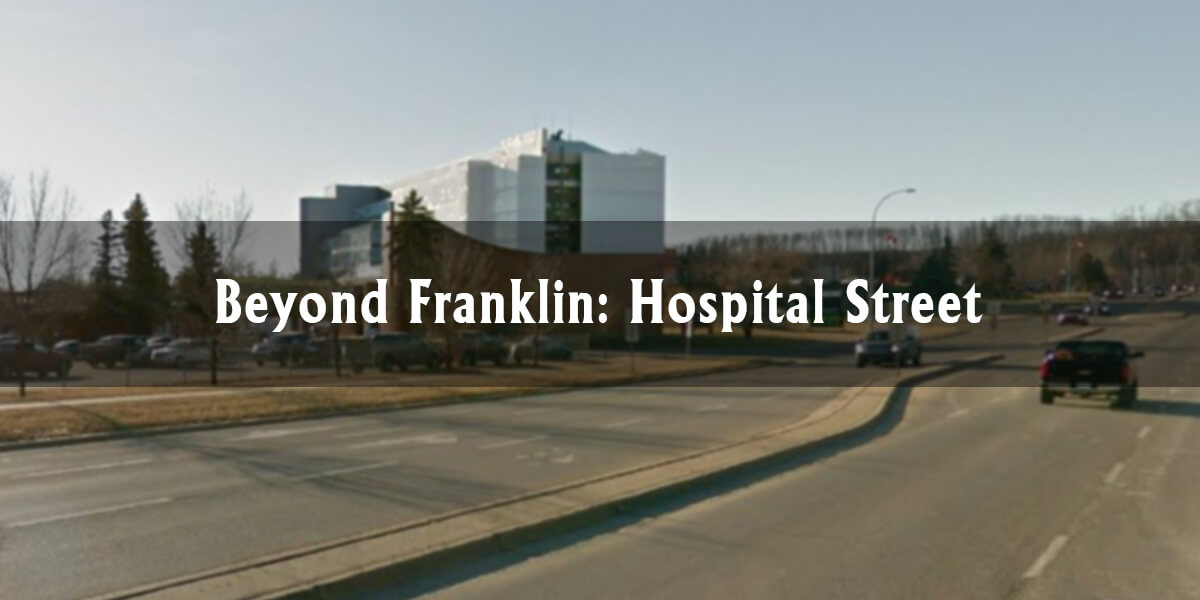 A street surrounding the health care of the region

The NLRHC is in Fort McMurray’s lower townsite area at 7 Hospital Street. It’s the community’s third hospital facility to service its residents.

The first hospital was a two-bed nursing station based out of the Presbyterian Church and managed by Nurse Olive (Dolly) Rose in the 1920s.

Dr. George Ings also helped residents with medical treatment and procedures at the Church. He was the first physician in Fort McMurray and served patients across Northern Alberta from 1921 to 1933.

According to the Fort McMurray Historical Society’s documents of The Catholic Mission: The South of the North Pioneers, the community’s growing numbers demanded a larger health practice.

“There were too many smaller communities in the area turning to Fort McMurray for aid. Fort McMurray needed a hospital, and citizens began petitioning for one as early as 1915,” the document states. “In the 1930s, with a population still increasing, citizens started what became a six-year campaign to get a “Sisters Hospital” run by the Grey Nuns of Montreal.”

By 1938, the Hôpital St. Gabriel, or St. Gabriel's Hospital, was built on Franklin Avenue, on the corner of Hardin Street, where the Jubilee Plaza stands today. The Grey Nuns named the hospital after Bishop Gabriel Breynat. The hospital officially opened on May 24.

The hospital was a two-storey structure with 16 beds and four bassinettes, which also included separate men and women wards, living quarters for staff and the Grey Nuns, as well as a chapel.

In the 1960s, the need for a hospital was at an all-time high and construction for the Fort McMurray General Hospital began due to the oil sands boom and the opening of the Great Canadian Oil Sands. The hospital opened in 1965, and the St. Gabriel Hospital became a convalescent (nursing) home for residents in the community. 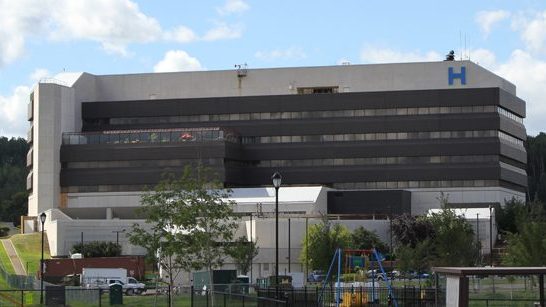 Today, Fort McMurray's Heritage Park honours the first two hospitals – Presbyterian Church and the St. Gabriel's Hospital – and its earliest medical staff. The structure of the church sits on the park grounds, and the hospital sign of St. Gabriel’s is the only remaining part of the structure preserved as it was demolished in 1979 to build the Jubilee Plaza. The park also features an exhibit devoted to St. Gabriel’s and the Grey Nuns.

Decades following the opening of Fort McMurray’s hospital, known now as the Northern Lights Regional Health Centre; the Northern Lights Health Foundation was initiated as a non-profit organization to support the Alberta Health Services in the Wood Buffalo region.

Two years following the kick-start of the Foundation, it received “official charitable status under the Hospitals Act” and, it began gaining recognition in the community through its annual Signature Events, the Festival of Trees and Spring Fling, as it states on the Foundation’s website.

The NLRHC continues to grow and is currently undertaking extensive re-development work to several areas in the facility with its $42-million-dollar project. This included the $8.5-million helicopter landing pad project.

For updates and more information on the NLRHC, visit the Northern Lights Health Foundation website.