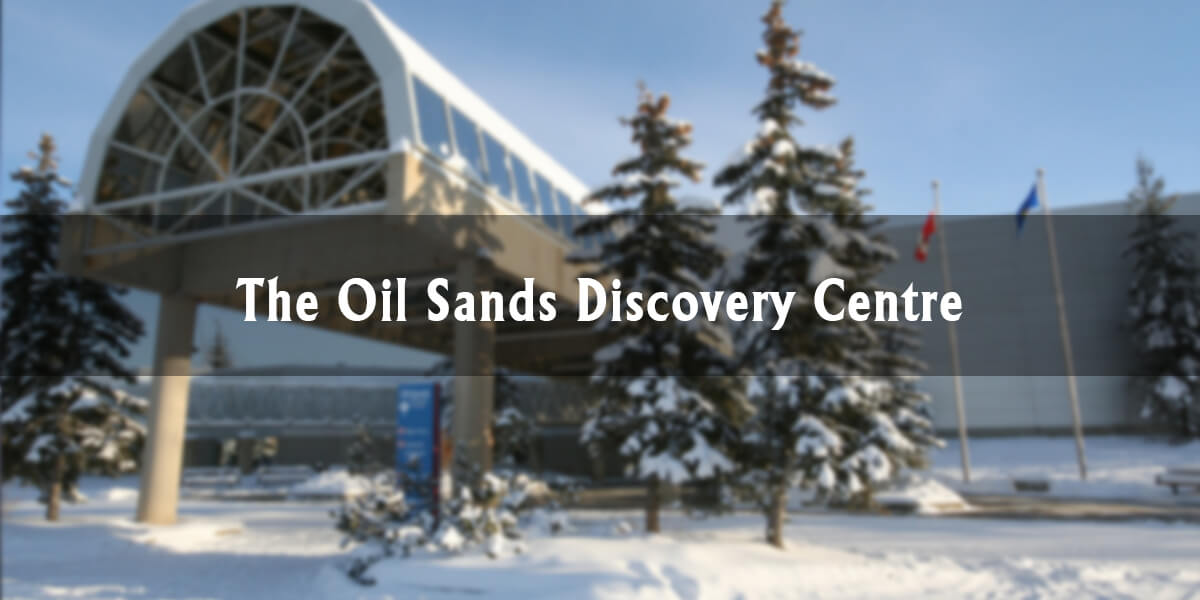 The Oil Sands Discovery Centre is located in the heart of the world’s biggest single oil deposit at 515 MacKenzie Boulevard in Fort McMurray, Alberta.

It first opened in 1985 as the Fort McMurray Oil Sands Interpretive Centre. It is the key tourism attraction to present the history, science, and technology of Alberta’s Oil Sands. For more than 200 years, the oils sands have drawn interest to the Fort McMurray area. Today, the industry continues to shape the communities of the Wood Buffalo region.

According to CanadaOilSands.ca, the earliest historical documents of oil sands discovery date back to 1715, when James Knight, Factor of Fort York, wrote in his journal about “gum or pitch that flows out the banks of a river.”

The “gum” that he was referring to is the bitumen soil found in the Athabasca. However, it wasn’t yet developed into the oil that we use today. It was used by the First Nations as an ingredient to mix with spruce gum to waterproof their canoes.

Decades later, the oil sands were observed, once again, in 1908.

The ‘Institute for Oil Sands Innovation’ report by the University of Alberta explains how the most “prophetic descriptions and observations” were by Charles Mair, who was a recording secretary traveling with the David Laird Treaty Expedition of 1899.

Mair was also a Canadian poet and journalist. He predicted: “That this region is stored with a substance of great economic value is beyond all doubt, and, when the hour of development comes, it will, I believe, prove to be one of the wonders of Northern Canada.”

That this region is stored with a substance of great economic value is beyond all doubt, and, when the hour of development comes, it will, I believe, prove to be one of the wonders of Northern Canada. We were all deeply impressed by this storehouse of not only hidden but exposed resources we possess in this enormous country. What is unseen can only be conjectured; but what is seen would make any region famous. read more at ualberta.ca

Though Mair may not have known how accurate his prediction would become. Today, the oil sands represent all of Canada’s reserves with the world’s third-largest proven oil reserves, following Saudi Arabia and Venezuela.

Because of oil sands industry and its rich history, people from across the globe come to Fort McMurray to visit and learn about it at the Oil Sands Discovery Centre. A recent announcement from Fort McMurray Tourism shared the most recent visitors came from Zurich, Switzerland:

Throughout the year and during the summer months, local residents go to the Centre for special events, summer camps and field trips. A free event will be hosted on Friday, July 27, 2018 from 11 a.m. to 2 p.m. for the Annual Summer Community BBQ. It’s a free event taking place in part of the Fort McMurray Food Festival. The public is invited to come enjoy a BBQ lunch, entertainment and family-friendly activities.

To learn more about the Oil Sands Discovery Centre, visit its website.