The Hangingstone River in Fort McMurray | The A-Team
Previous
Next

The Hangingstone River in Fort McMurray 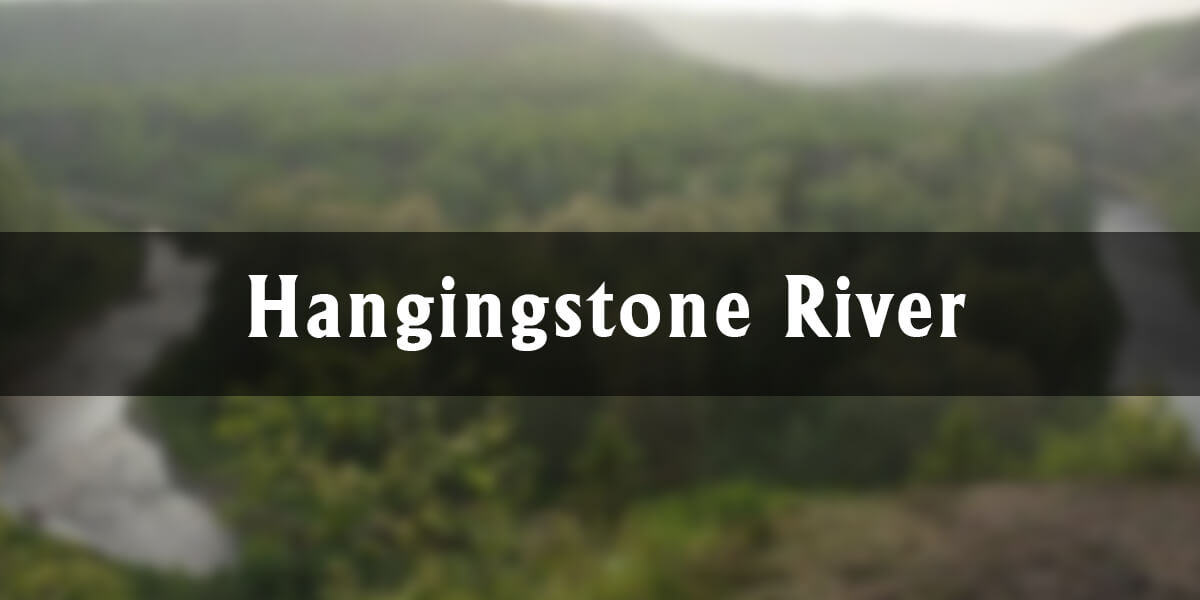 The Hangingstone River is iconic to Fort McMurray and draws in a wide range of people from residents to tourists to photographers to architects.

Located in the city’s lower townsite, the Hangingstone is one of the five, local rivers, which also includes the Athabasca, Clearwater, Horse and Christina. It’s within the proximity to Lions Park and Heritage Village.

According to RAMP (Regional Aquatics Monitoring Program), the Hangingstone River drains an area of 1,070 km2 and flows into the Clearwater River, and upstream of the Athabasca River. Muskeg dominates the river's bottom.

RAMP also states the Water Survey of Canada (WSC) has been recording the water levels of the Hangingstone River since July 2, 1970, due to high levels causing ice jams. The levels regularly increase during the spring ice break-up. WSP records water measurements to monitor the potential risk of flooding to the area.

In 2013, WSP Global Inc. was hired by the Regional Municipality of Wood Buffalo (RMWB) to develop a safety design for erosion control. The hiring came after the city declared a state of emergency for a flood when days of heavy rain caused the river to overflow and threaten homes.

The WSP's website explains the 2013 flood caused “erosion of the river banks encroached near private property and caused sections of the park trail to be washed away putting properties in Grayling Terrace adjacent to the Hangingstone River at risk.”

WSP is a Canadian business providing management and consultancy services to the built and natural environment.

“The scope of this project was to complete detailed design, prepare tender documents, provide construction inspection and administer the contract. The work included rock protection of the outer banks, floodplain grading of the interior banks and offloading the steep slope of Beacon Hill,” WSP stated.

“To stabilize Beaconhill slope and reduce the risk of further river damage, over 50,000 cubic meters of material from the upper crest was off-loaded using four excavators in series to account for the steep slope.”

The RWMB received a grant from the Alberta Government, under the 2013 Flood Recovery and Erosion Control Program, to fund the project.

RMWB’s Mayor Don Scott, who was the MLA for Fort McMurray-Conklin during this time, shared his thoughts with Global News after the flood waters destroyed structures at Keyano College and Fort McMurray Heritage Park.

“It’s going to be a long journey of recovery in this region,” he stated.

After four years of repair, Heritage Park fully reopened to the public as Heritage Village one year after the 2016 Wildfire on Canada Day. 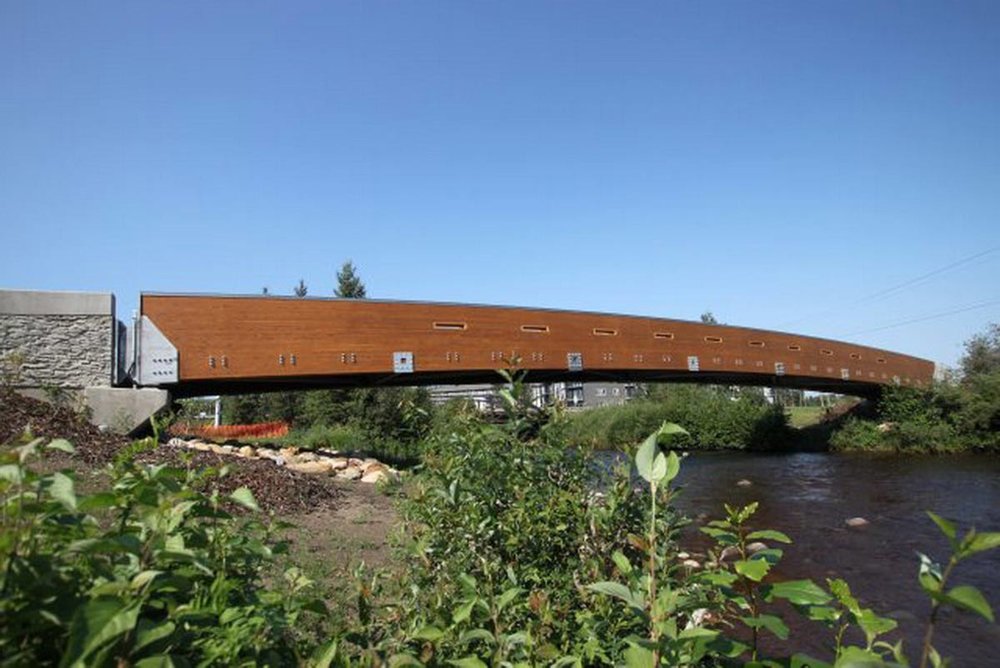 The Saline Creek Drive Bridge was also designed by HFKS Architects, along with PCL Construction. It stands prominently tall in the city’s skyline with its silver arch and colourful LED lighting. The bridge is one of the key crossing points over the Hangingstone as it connects the lower townsite to Waterways and Draper.

The last bridge to be full reconstructed was the Hangingstone River Bridge on Prairie Loop Boulevard. This bridge received funding from the Alberta Government in 2017 as a subcomponent to the Highway 63 Project Bundle. The total project, which also included paving two sections of Highway 63, cost an estimated $61,043,000.