What Does a Slow September Mean for Canadian Real Estate? | The A-Team
Previous
Next

What Does a Slow September Mean for Canadian Real Estate? 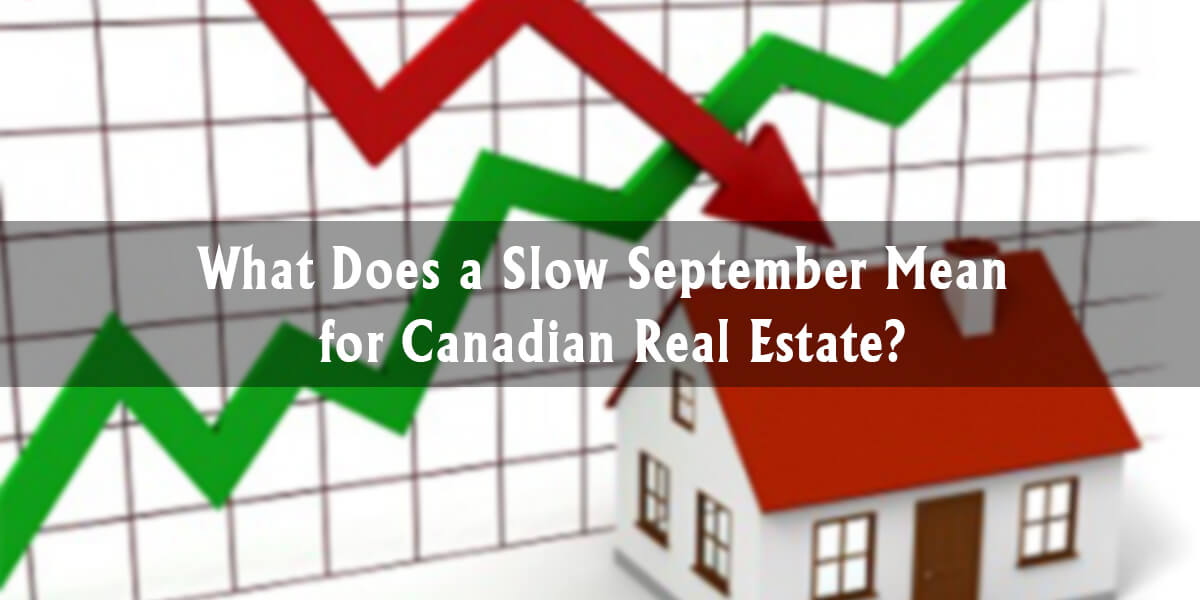 September is behind us, and this week housing statistics from the month released. The results aren't the best: September saw the first monthly decline in six months. Until now, there were hopes the market was recovering from a change in mortgage rules that made buying more difficult. While it does look like the shock from the mortgage regulations has (somewhat) subsided, other factors are coming into play.

Sales activity fell 0.4% from August, and a lofty 8.9% from September 2017, per the Canadian Real Estate Association. However, the declines weren't equal across the country, as Zoocasa explains:

New listings also rose 3 per cent, pushing the market into slightly softer buying conditions. Edmonton, Vancouver Island, and parts of Ontario’s Greater Golden Horseshoe experienced the greatest month-over-month declines, partly offset by booming sales in Montreal and BC’s Fraser Valley. From an annual perspective, activity has slowed most in parts of BC and the Prairie Provinces.

The national average price remained fairly flat at $487,000, an increase of 0.2 per cent, though the MLS Home Price Index rose 2.3 per cent year over year, reflecting a greater proportion of higher-priced detached home sales. Read more... The article notes that nationally, the market could be considered balanced, as the ratio of sales to new listings is at 54.4%. Still a ways off from a seller's market, but it could be worse.

The news of slower home sales also came with news of fewer homes being built. Housing starts have fallen to a 2-year low. While some would expect this to be the case, as sales are down, a steep decline in housing starts can mean trouble:

Here’s Why You Care About Housing Starts

Housing starts are a leading indicator, and mean a lot more than a change in home prices. Just so we’re on the same page, a leading indicator is one that precedes a major change in the economy, such as a boom or bust. An increase in starts typically leads to lower unemployment, more spending, and a rise in GDP. Starts rising is generally are pretty good for investors, and the economy as a whole.

The opposite is also true. A decline in housing starts can often lead to a rise in unemployment, less spending, and a decline in GDP (a.k.a. a recession). Generally we want to see that people are confident enough in home prices, and their jobs, that they buy new homes. When that stops, it’s a sign that the economy isn’t where it should be. Think of it as a confidence indicator, but way better. Confidence indicators can skew based on the ability of the public to be honest about how they feel. A slowdown in a leading indicator is when the public shows you how they feel, regardless of what they say. betterdwelling.com September saw 188,683 starts compared to 198,843 in August. Better Dwelling notes that in the past 5 years, only 2017 and 2018 saw a decline in starts between August and September. 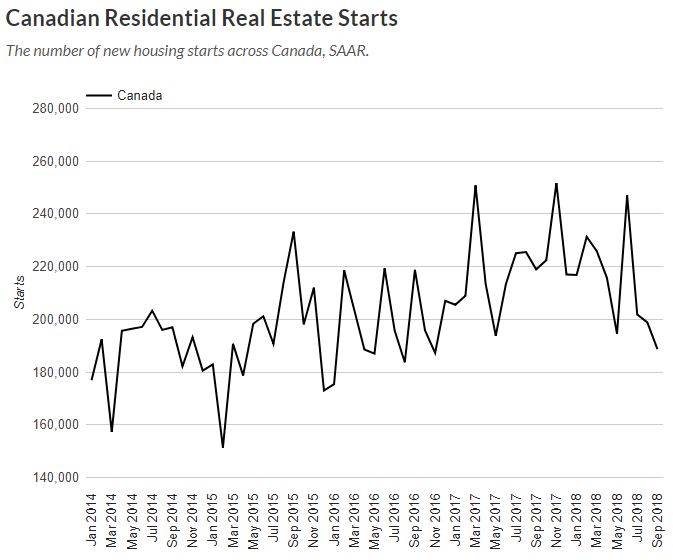 The slow sales activity was already a sign of an impending interest rate hike, but the housing start news is sure to be what breaks the camel's back. In this case, that camel is the Bank of Canada, already predicted to raise rates this month:

“Demand continues to be supported by the fastest population growth in 27 years and new millennial-led households,” wrote Sal Guatieri, a senior economist with BMO. “A calmer housing market is just what the doctor ordered, and won’t discourage the Bank of Canada from raising rates on October 24.”

Over at RBC, senior economist Nathan Janzen agrees that the starts report all but guarantees the BoC will raise rates on the 24th.

“Earlier housing market activity was probably too strong to be sustained,” he wrote, in a recent note. “The slowing to a more manageable pace of activity should be welcomed by the Bank of Canada and isn’t expected to prevent further gradual interest rate hikes.” Via livabl.com Interest rate hikes have been a repeated occurrence over the past year or two, and another one could mean that mortgage rates will change in response. In a market that's still dealing with the effects of mortgage restrictions, interest rates could have an impact on buyers across the country.