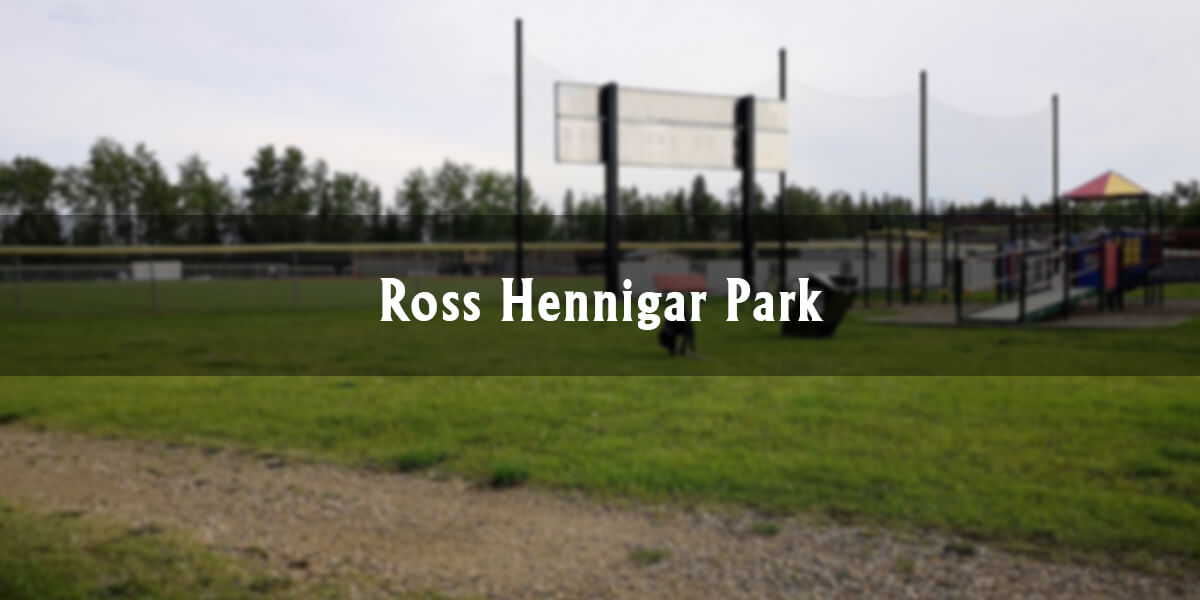 Located at the end of Thicket Drive at Silvertip Place in Thickwood Heights, the baseball diamond offers a full-service facility with seating for 300 spectators and has a regulation size with 90-foot cases infield, a raised pitcher’s mound and a 365-foot centre field. It also includes a concession stand and permanent washrooms on-site.

The local diamond was built by Suncor Energy to honour former Suncor Inc. President and Chief Executive Officer Ross A. Hennigar, who was killed in a plane crash on January 12, 1983. He was 53 years old.

According to the New York Times, Hennigar was one of five killed after a private Sun Company jet crashed into Beechwood Cemetery in Vaughn Township. The jet was en route to the Toronto International Airport from Philadelphia and a spokesman from Suncor said it was “soaring in the air upside down.”

Two executives of Suncor’s parent company - Sun Company Inc., the pilot and a second crewman on board were also killed.

In the same year following Hennigar’s death, the Fort McMurray Minor Baseball Association (FMMBA) was founded with 150 registered players of 15 different Little League teams. Since then, the number of baseball players has grown in the masses. In 2016, a collegiate summer baseball team was established – The Fort McMurray Giants and operates out of the Shell Place at MacDonald Island Park.

The Giants inaugural game took place at the Rossdale’s Edmonton Ballpark due to the 2016 Fort McMurrray Wildfire. The team continued to play for the first half of the 2016 WMBL (Western Major Baseball League) season, until the city was deemed safe to return.

According to Global News, the invitation came from Edmonton Prospects owner, Patrick Cassidy:

“It was a no-brainer to welcome the Giants to the ballpark for as long as they need,” Edmonton Prospects owner, Patrick Cassidy, said in a news release. “This is an exciting time in Edmonton for baseball fans as we will have more baseball than we have had in years in this ballpark.” globalnews.ca

Following the Wildfire, Fort McMurray held the 2016 Baseball Canada Cup in August. The success from the Championship brought the announcement of the city becoming the host for the 2018 Baseball Canada 18U National Championship, which will be taking place from August 16 to August 19.

Kevin Breen, Co-chair of the 2018 Baseball Canada Cup Organizing Committee and President of the FMMCA was quoted in the Fort McMurray Today saying, “getting the opportunity to host this event is a huge win for our community and shows that we came a long way since 2016.”

The Championship will bring in the top, Midget-aged baseball teams from across Canada to play 28 games at the Shell Place and Ross Hennigar Park.

To learn more about the 2018 Baseball Canada 18U National Championship, check out the official Championship website. Click here for the full schedule and watch games live-streamed from the Shell Place and Ross Hennigar.