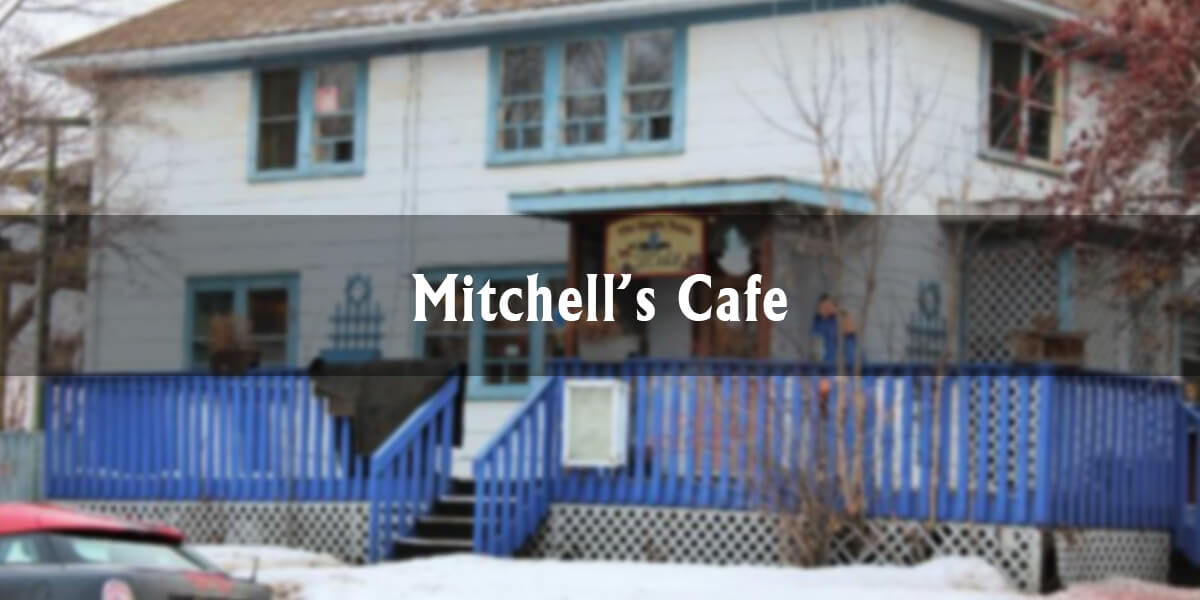 Mitchell’s Café is a breakfast and lunch eatery found in the heart of downtown Fort McMurray. Locals and tourists have claimed it as the “best café in town for lunch” and boasted that “the bread is worth the trip alone.”

Famous for their quintessential staple Sunshine Bread, Mitchell’s offers guests a unique experience to this one-of-a-kind bistro. The menu serves traditional breakfast and lunch favourites with a gourmet touch.

It runs as a grab-and-go eatery in the colder months because it has limited seating for guests. However, space maximizes during the summer season with plenty of spots available on their outdoor patio.

In 1996, it first opened inside the same place that was once the first official RCMP barracks in Fort McMurray. According to the Wood Buffalo RCMP:

The North West Mounted Police first started its patrols in the Fort McMurray area in 1897. The first detachment was opened in Fort McMurray in 1913. Read more...

That detachment at 10015 Main Street in 1913 is now where residents indulge in Mitchell's menu items of soups, salads and delicious dailies.

The Café is named after the son of its first owners, who were also former RCMP officers. According to Mitchell’s website, the building previously housed a picture framing shop, a gift shop, a fine dining restaurant and a butcher counter before it became the well-loved establishment it is today.

Mitchell’s found success after Edmonton chef Steve Niehaus became the third owner, which was first owned by the Mounties couple, then by Patty and Bob Bramsleeven. It was the Bramsleevens who hired Niehaus to change up the menu. He eventually took over and introduced new menu classics like their famous yellow bread.

Niehaus went on to recruit two young partners – Jennifer Craig from Saskatchewan and Fort McMurray local Owen Erskine. Soon after, the restaurant changed its name to The Chef’s Table by Mitchell’s.

In the Regional Municipality of Wood Buffalo’s former Big Spirit publication, Niehaus was quoted saying, “We wanted a rebirth, but it would be silly to get rid of the name Mitchell’s. What we wanted to promote was the fact that there are three trained chefs cooking here, and that they have the passion and knowledge to provide you with a fresh food experience on a daily basis.”

Today, Erskine is the owner and operator and continues to serve the daily specials of sandys, pizza, quiche and much, much more with his hard-working crew of locals.

“No soup for you” is a reality here. But it’s not because George Costanza is present. It’s because the soup pours steadily and runs out from being delivered to the busy lunch lineup – it’s that good!

A basic lunch is sold for $15 and includes a sandwich with a soup or salad and a can of soda. The to-go menu for the parent or professional is excellent. With a list of sandwiches, wraps, soups, pastries and desserts, the menu is packed fresh ingredients and cater to those with gluten-free requests.

One of the favourite seasonal menu items is the ‘Criss-Cross Pork and Sauce’ sandwich. It has the taste of turkey dinner and allows guest to enjoy Thanksgiving Dinner with the ingredients of oven-roasted pork loin with maple-apple sauce, roasted garlic mayo, red onion and molasses BBQ sauce.

Mitchell’s posts menu options and announcements regularly on their Facebook page. For more information, visit www.mitchellscafe.ca and drop-in to try all the deliciousness they have to offer. It’s opened Monday to Friday from 7 a.m. to 8 p.m. on Saturday from 9 a.m. to 5 p.m. and closed on Sunday.