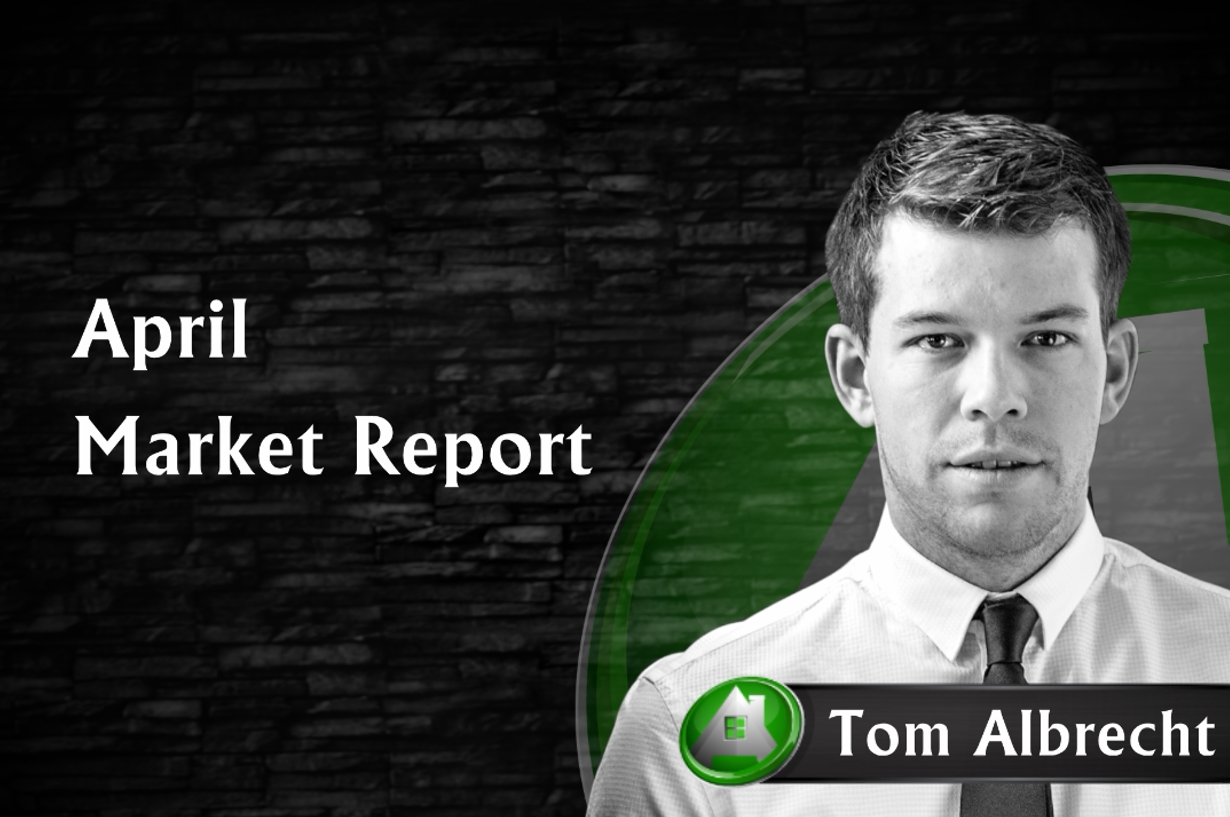 April 2019 brought with it better weather, a provincial election, and new housing market action. What will the political impact be on our community? Are prices still falling? A-Team leader and buyer specialist Tom Albrecht returns with a housing market update for April 2019.

Hi guys. Thanks for joining us. It's Tom Albrecht here with the A-Team at Remax Fort McMurray and it's May the 3rd, so the anniversary of the fire. It's also brutally snowy, but the market for April was pretty good in terms of sales volume. There were 122 transactions, whereas last year I think it was about 109, and that was the case in March and February as well. We saw a growth in sales volumes, so it'll remain to be seen if that continues throughout the year.

There's been an election, there's a little bit more confidence. I think the fundamental seems to be pretty stable in the local economy and prices are lower than they were last year for many different property types. They appear to be stable right now, prices for many property types as well. We've had them very moderate growth for one town-home block at 401 Athabasca, so over the last couple of months, but that really is an exception.

Higher priced homes, whether if you're looking at condos above, say 300,000 or homes above about $600,000, there's not the demand there and there's plenty of supply so that there is an imbalance there and we are seeing continued decreases in home values in those price ranges, obviously with it being a buyer's market. In those price ranges we’re seeing larger discounts as well in negotiation, but the lower price ranges are certainly up to 550 for single-family homes, for example. Lots of demand, a fairly competitive at times I think. I help people buy houses and that's basically where pretty much all of my buyer clients are buying homes right now.

There are 86 foreclosures on the market. At this time last year, there was 80. Wow, it's a very approximate number. We think there's about 86 in the market. There was about 80 this time last month, so some growth there, about 30 come on in a given month and about 30 sales because they typically do also eventually, but, yeah, a little bit of growth, not too alarmed or concerned by that. It's been steady over the last year or so and that number was over a hundred, about 15, 16 months ago.

If you're interested in further information, you don't have to contact us, you can check out our blog, which we write fairly frequently and there are some really useful ones I think on there. One is where homeowners to be able to sell. One is harder to read, which is how much of home value has fallen, it talks about the different categories, so that's worth checking out, and then 2018 in several different charts. Those are further resources for you.

We're building a really powerful website which are going to be launching in the next month. I'm looking forward to that. Follows us on Linkedin, if you're a business person. Follows on Instagram, if you're a cool and hip and we're having fun with that, and yeah, we've got specialists waiting, so if you're looking to buy a home, specialists like me and my colleagues, and if you're looking at to sell a home, we've got specialists like my wife and her colleagues who will respectively get you the home for the right price and sell your home in a reasonable price and time, so, you can have advice that's tailored to you and your situation cause that's where we start. Thank you very much for watching, and if you have questions, let us know. Cheers.