Housing Market Update: May 2 | The A-Team
Previous
Next 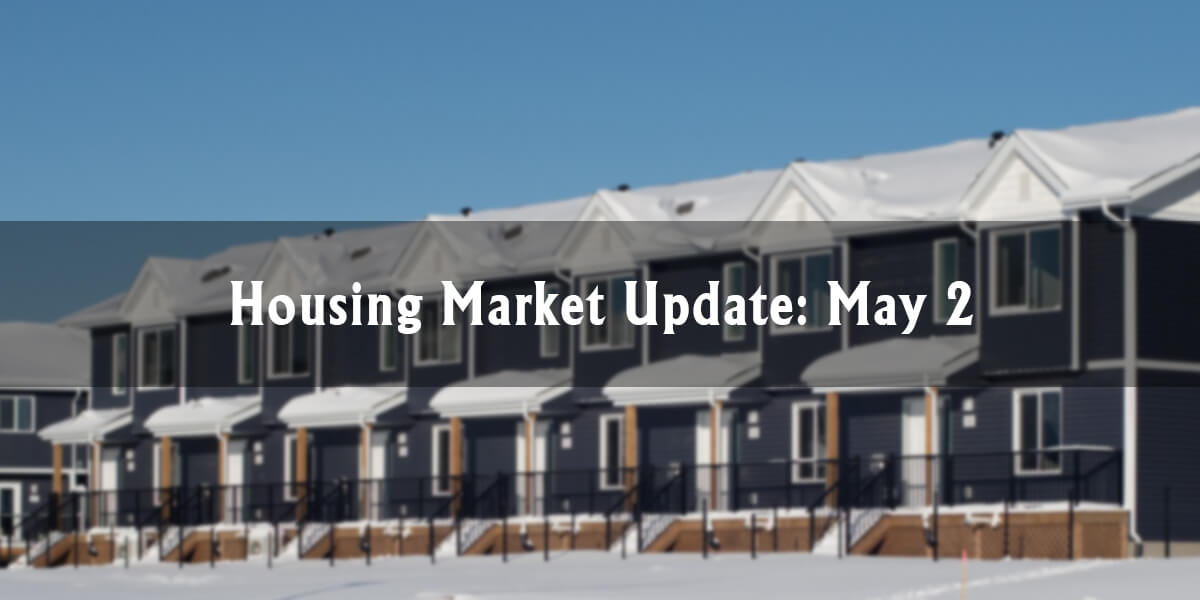 The housing market in Canada is one of the most promising and flexible industries and the latest updates we bring you only show more proof of this than in the recent years. Check out the most recent news and see why you should stay tuned with the trends in the Canadian real estate market whether you are in the buying or selling bandwagon.

For starters, the previous quarter displayed the resilience of the housing market in the country especially with some signs of recovery during March and April.

The annual pace of housing starts – new home construction projects – recovered in March from a sluggish performance in February, highlighting the resilience of the country’s housing market. The SAAR of urban starts increased by 17% to 178,033 units. Multiple urban starts rose by 18.6% to 135,894 units, while single-detached urban starts increased by 12.1% to 42,139 units. Meanwhile, rural starts were estimated at a SAAR of 14,494 units, according to Canada Mortgage and Housing Corporation (CMHC). – via zoocasa.com

Newly listed homes also increased in the previous months signaling the rise in new supply of all local markets while the improvement in new listings makes key industry players more hopeful for the future of the housing market for the rest of the year.

On other news, new Canadian condominiums are on the rise with the growing demands but a group of individuals showed more interest in high-rise living than others in the age bracket:

Investment in homebuilding remains strong in Canada on the shoulders of continued demand for condos as a few key demographic groups all try to climb onto the property ladder, new analysis suggests.

“Millennials, international migrants, and downsizing baby boomers are all vying for the last affordable housing option — in a few major cities,” writes Priscilla Thiagamoorthy, an economic analyst for BMO. – via livabl.com Cities increased in density along with the growth in the demands and building of condominiums as highlighted in the new-construction market today.

Finally, there is some news on the other side of the scale as the Bank of Canada confirmed reports regarding the new Canadian household debt record:

Growth in Canadian Household Credit Slowest in March Since 1983

Canadian households hit a new all-time high for debt, but the level of growth is slowing. Bank of Canada (BoC) numbers show the balance of household debt reached a new high in March. Despite breaking a new record, Canada’s credit growth is at recession low levels of growth. This can present a major kink in the chain of a debt driven economy. – via betterdwelling.com

Experts reiterate that the slowdown in the growth of Canadian household credit in recession-era level could be a blessing or otherwise as it can also lessen the economic shock yet a problem in a debt driven economy.

Get more relevant and helpful news updates in the Canadian housing market from our next roundup of news!