Canadian Housing Market: Was December 2018 a Sign of Things to Come? | The A-Team
Previous
Next

Canadian Housing Market: Was December 2018 a Sign of Things to Come? 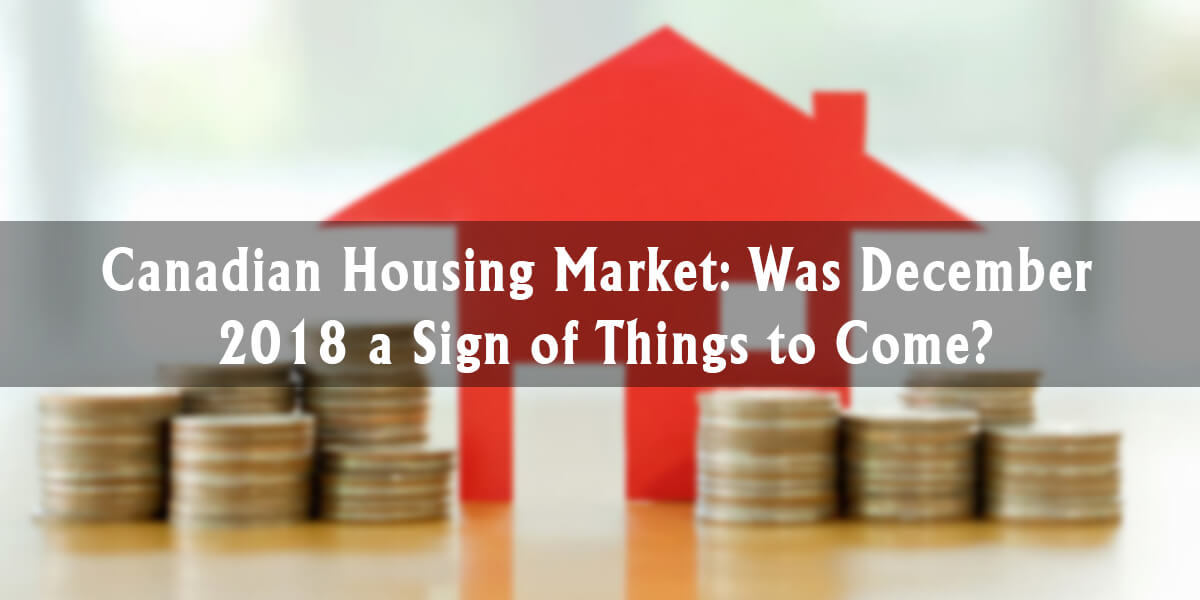 The beginning of 2018 saw the implementation of new stress tests for mortgages, casting a pall on home sales at the beginning of the year. Combined with the gradual increase in interest rates throughout the summer and fall, the national housing market was challenged considerably as buyers found it harder to get approved, with December being a low point.

Here are some of the important things you need to know when it comes to the Canadian real estate and housing market:

When Stephen Poloz announced this week that the central bank was maintaining the overnight rate at 1.75 percent, signalling mortgage rates should remain consistent for the time being, he noted bankruptcies are on the rise. But that’s not the case, says Derek Holt, vice president of Scotiabank Economics, and it’s one of the things that differentiate our banking system from America’s. “I don’t see consumer bankruptcies the same way as the Governor and was somewhat surprised by how the Governor is viewing bankruptcies given the importance of tracking how they are responding to higher rates and other developments,” writes Holt in a Scotia Flash report. – Via Livabl.com

Holt bluntly adds that consumer bankruptcies did not increase as Poloz said because the real issue here is that consumer insolvencies are the ones that skyrocketed up to 5.2 percent. Total insolvencies increasing due to proposals for restructuring debts going up is a completely different scenario than bankruptcy.

Lingering pain in the oil sector continues to derail the Bank of Canada’s plans, with lower-than-expected prices hampering economic growth and weakening the central bank’s mandate to increase rates. As a result, it has held its trend-setting interest rate at 1.75% in this month’s announcement. Demand for houses for sale and spending will continue to worsen in provinces hardest hit by lower oil prices, the BoC adds, leading to a chop in its national growth forecast for the year; GDP will increase by 1.7% this year – 0.4% lower than what was forecasted in October. Core inflation also fell to 1.7% as a result of lower oil prices. – Via Zoocasa.com

However, BoC reiterated that this trend is just a temporary downturn as key players are expecting the economy to pick back up by 2020 and inflation will be back on track to achieve its 2% target.

The ratio of homes sold compared to the number of homes newly available for sales now stands at around 53 per cent, slightly below its 10-year average, CREA said. A ratio around 50 per cent represents a so-called “balanced market,” where neither sellers nor buyers have the upper hand. The national statistic, however, conceals sharp regional differences, with conditions in several local markets now favouring buyers.

“It’s probably not a stretch to think that the Canadian housing market has entered into a prolonged period of relative stagnation, where sales are roughly flat and prices no longer outrun inflation,” Kavcic concluded.

The national average price for homes sold in December was $472,000, down 4.9 per cent compared to December 2017. Excluding Greater Vancouver and the Greater Toronto Area, the average sale price was just under $375,000. h/t globalnews.ca Exact market condition varies by region, with Atlantic Canada seeing a mix of rising and falling prices, and the Prairies continuing a buyer's market.