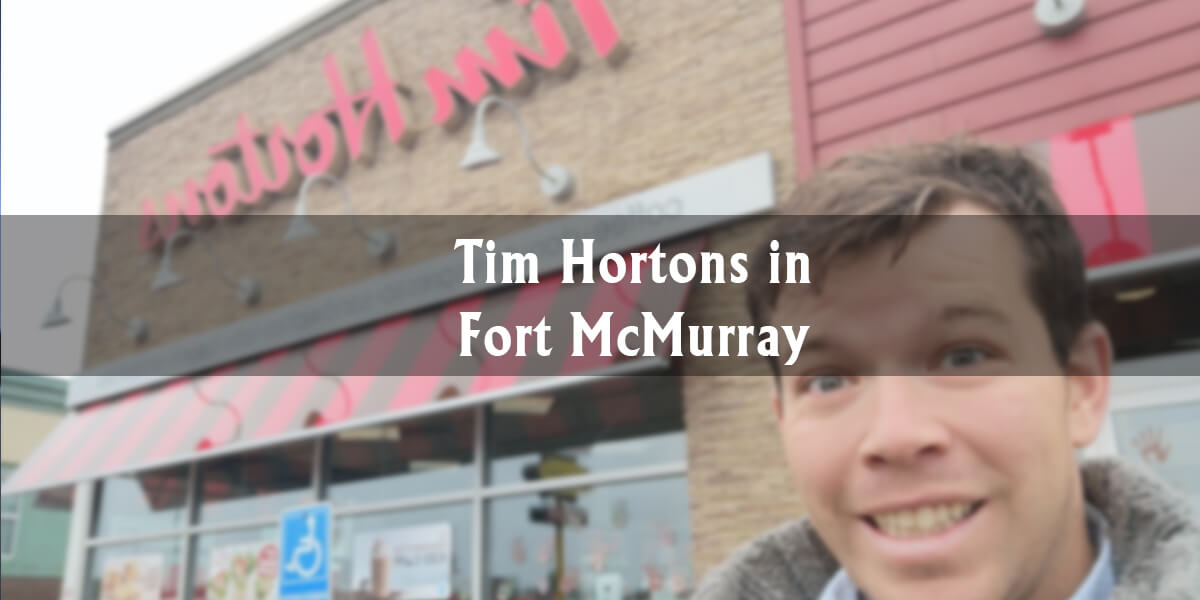 The Local Quartet of Timmies

Fort McMurray residents love their Double Doubles, so much so that it’s a rarity to walk into a local Tim Hortons’ and not stand in line to order.

According to the coffee franchise giant, the first Tim Hortons’ opened in Hamilton, Ontario in 1964. In the beginning, it only offered two products on its menu – coffee and donuts.

It has since evolved into a variety of drinks with a majority of simplistic barista brews, unlike their Starbucks competitor and their complex ‘Triple, Venti, Soy, No Foam Latte’ orders. (Although, specialty beverages like the Iced Cappuccino and Chocolate Chill keep things fancy).

With a wide range of weekly work schedules, locals are on-the-go around the clock. When Tim was first introduced to the community, the restaurant struggled to keep up with the demands, which resulted in a constant, backed-up line.

All of the Tim Hortons in Fort McMurray– with the exception of the airport location - are owned by Martie Murphy from Prince Edward Island. Murphy is wife to Danny Murphy, who is a charter member of the Tim Hortons millionaires and took over P.E.I.’s first two outlets at the age of 24 years in 1980.

She was last quoted in localized news stating to CBC News, “it’s always been hard to find staff, but it’s become even more difficult,” after the 2016 wildfire when her stores had limited staff to operate for returning residents. None of the stores were damaged by the fire, but a temporary Tim’s was able to stay open to serve firefights and first-responders who stayed in the city.

As staff demand is a regular need, new locations keep opening up and there are now four stores available throughout the city. The first of the local restaurants came downtown at 9701 Hardin Street. Open 24 hours, this outlet provides both drive-thru and walk-in options.

The downtown location is merged with a Wendy’s Restaurant. It was Murphy’s husband who created the merge in 1992 in P.E.I. As owner of all Tim Hortons and Wendy’s on the Island, he decided to put both brands in the same building and the idea took off.

Located at 105 Thickwood Boulevard, the second 24-hour store is nestled at the top of the hill in Thickwood. In 2015, this location made national headlines as being “one of the most Canadian things ever” when Fort McMurray RCMP warned Tim Hortons’ customers not to block traffic on Thickwood Boulevard.

Due to the restaurant’s placement on one of the city’s busiest streets, motorists have been known to stop on the road when the drive-thru is packed. Violators are fined $172 and two demerit points.

The third Tim’s to open is a walk-in only at 375 Loutit Road in Timberlea. Operating from 4 a.m. to 9 p.m., it’s just as popular as the others and the line-up circles the entire inside of the restaurant during prime times. (The line for customers making a Tim Horton’s Mobile App order is often shorter.)

And lastly (but sure not to be the last one) is the most recent opening of Fort McMurray International Airport Tim Hortons’ location owned by Kristina Dube. The outlet launched inside the airport’s food court on October 1, 2015. Customers are able to make purchases, whether they are traveling or not because it’s located before security check-in.

This is an ideal location for those living in the Prairie Creek and working in the industrial area of Gregoire. Customers are also not required to pay for parking by utilizing the airport’s Dine & Dash program, which grants guests free parking.

As Canada’s number one fast food restaurant, eight out of every 10 cups of coffee sold in Canada are from Timmies. And just like everywhere else in the nation, local residents ‘always got time for Tim Hortons’.

This Wednesday, June 6 is Camp Day at Tim Hortons. It’s an annual fundraising initiative for the Tim Horton Children’s Foundation, where every penny from its coffee sales goes towards helping kids from a low-income family go to camp.

Whichever location you choose to buy your coffee from, make sure you drop by to buy a coffee and make a donation and use the hashtag #CampDay and mention @TimHortons on Twitter and Instagram.