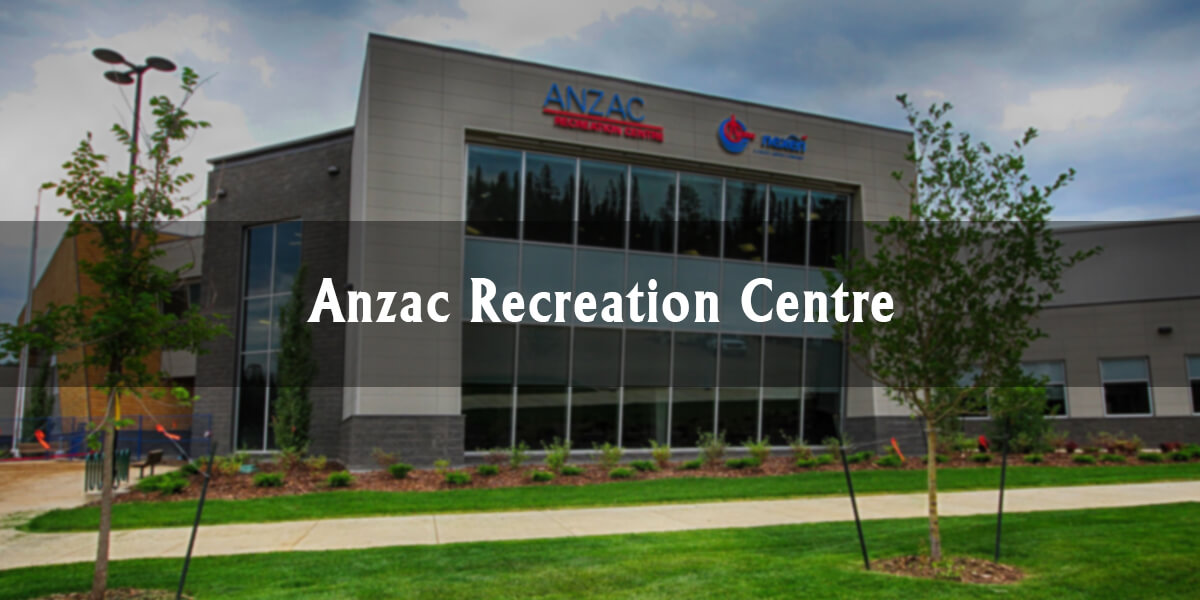 Celebrating half a decade in community recreation excellence

For the past five years, the Anzac Recreation Centre has been offering guests an outlet for fitness, community events and championship games in its state-of-the-art facility.

The 112,000 square-foot structure features a fitness centre, an indoor running track, a youth room, an NHL-sized arena, a field house, an indoor playground, a boardroom and meeting spaces.

Located by Willow Lake at 237 Stony Mountain Road, the rec centre first opened on March 3, 2014. It was developed and built by the Regional Municipality of Wood Buffalo (RMWB) to accommodate the population growth in Anzac, which has slowed down in the region post-wildfire.

According to the Regional Recreation Corporation of Wood Buffalo, the Centre celebrated its grand opening with a performance by Canadian rock icons Trooper. (The band will be returning to Fort McMurray for the Wood Buffalo Ribfest on August 31, 2019.)

The celebration event also included soccer and football clinics, which granted local youth opportunities to train with the pros from FC Edmonton and the Edmonton Eskimos.

“We’ve witnessed this Centre transform from bricks and mortar to a state-of-the-art facility that will provide increased community, recreation and athletic opportunities for the local communities. We hope this Centre will serve as a pillar of the community for years to come,” Tony Mankowski, former VP Operations at Nexen Long Lake stated in a news release by RRC.

Today, it continues to improve the livelihood of the Anzac community, and guests credit the staff of the facility for being “rock stars” in service.

On the Anzac Recreation Centre’s Facebook page, it receives a 4.8 out-of-five based on the opinion of 17 people, and 37 people recommend it.

Jennifer Van Der Voort was a recent visitor and gave the facility a five-star rating.

“Anzac Recreation is incredible. They have a deep love and compassion for the rural area they serve,” she stated on the Facebook page. “Their employees are local rock stars, and I love the new programs they have been running.”

While the facility holds regular events for the community, it has also shared its part in hosting athletes from across Canada as it was the venue for the Canadian Ringette Championships in 2015.

The recreation centre was also one of the 11 host venues during the 2018 Wood Buffalo Alberta Winter Games, which brought thousands of athletes from across the province to participate in 22 different sports in the Wood Buffalo region.

The Alberta Games alternate through cities in the province each year. Not only do they provide over 2,800 young athletes with the chance to challenge themselves, and others, through sport at a provincial level, but the Games also enable the opportunity for Albertans to get to know their home province, celebrate its culture and boost the economy.

The Anzac Recreation Centre will be on the list of venues for the upcoming 2020 Arctic Winter Games, which are the largest, northern multi-sport and cultural event in the world.

According to the RMWB news release, past Games have provided $7.65 to $14.3 million to the event hosts’ economies. The total cost to host the Games is between five to eight million dollars.

The official announcement for the RMWB claiming the host title took place on February 8, 2019, at MacDonald Island.

“I’m excited that our region will be hosting a major international event and welcoming thousands of visitors to our community,” stated Mayor Scott in a news release.

To learn more about the Anzac Recreation Centre, and its memberships and facilities available, visit www.anzacrec.ca and stay tuned for more 2022 Arctic Games announcements on the RWMB’s website at www.rmwb.ca.