Can Canada Cope With Current Housing Unaffordability Levels? | The A-Team
Previous
Next 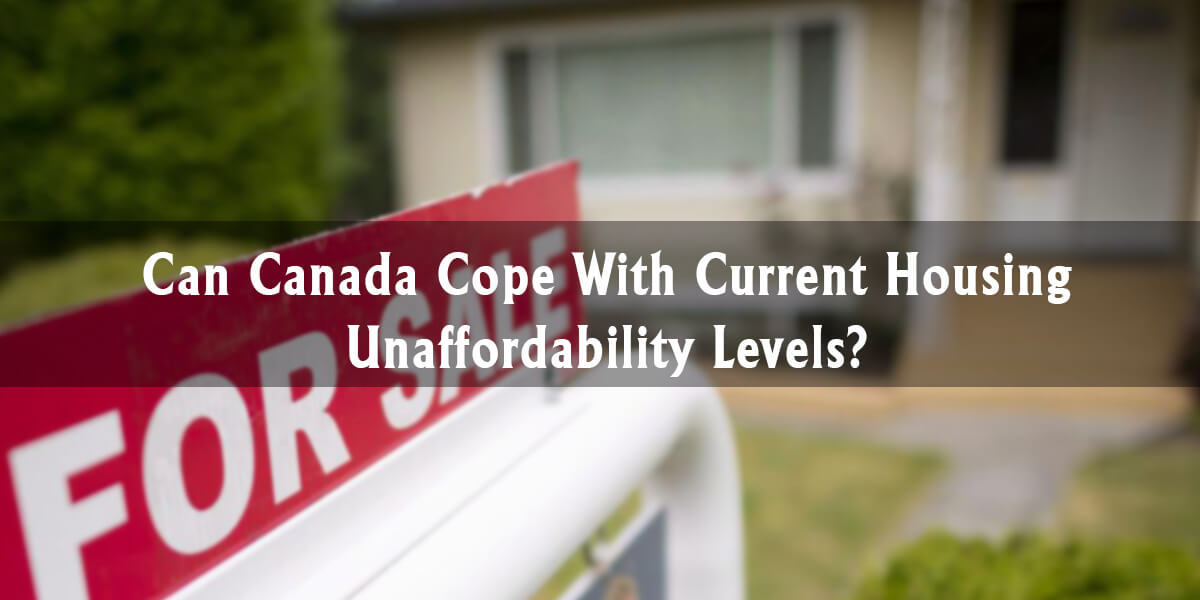 With Canadians borrowing more and more, even in the face of higher interest rates, the national housing market has become increasingly unaffordable. While this has stoked fears of a crash, a look at the bigger picture shows that this scenario isn't very likely based on historical precedents.

As the following excerpt from Better Dwelling reads, borrowing rates are rising, meaning it's a lot more expensive to service loans now than it was just a few years ago:

The effective borrowing rate is the typical cost of borrowing for consumers. The number is a mix of mortgage and consumer rates, including discounted and posted. The data is from residential mortgage and consumer credit reports, as well as institutional lenders. A lot of analysis uses the 5 year posted rate, which is fine, but not a fair comparison since who pays the posted rate? Exactly. No one with decent credit who’s ever asked if they could get a better rate. The rate isn’t a perfect measure, but it gives us insights on credit tightening and the cycle.

The typical borrowing rate jumped to a multi-year high last week. The effective borrowing rate increased to 3.96% last Friday, up 3.39% from the month before. Rates are now up 15.78% higher than they were around the same month last year. That means borrowers today are paying up to 15.78% more interest to borrow the same amount. It’s a big jump in a short period of time, and almost half of the increases from the all-time low. Read more... The all-time lows contributed to the rise in borrowing that so many Canadians are taking part in. Still, this isn't unprecedented. The following graph shows that we're still a ways off from all-time highs. 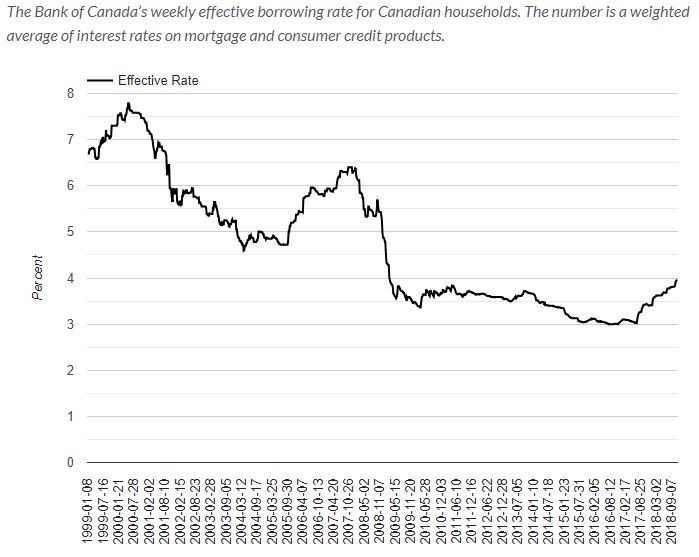 The ease of borrowing is such that some observers have made comparisons with the US market in 2008. While household debt is indeed among the highest globally, Canada is unlikely to face a 2008-style crash:

Canada’s housing market may be unaffordable, but it’s stable (for now)

“Beyond prices and debt levels, Canada shares far fewer similarities with the US than you might think. This becomes very apparent when you look at just one measure; credit quality,” writes Francis Fong, CPA Canada’s Chief Economist.

In other words, the country is less vulnerable to the type of crash seen in the US in 2008. Credit quality is a measure of an individual’s ability to repay debt. While Canadians’ may have more debt to deal with than they should, they’re still reasonably good at paying it down at regular intervals.

“In contrast to the situation a decade ago in the US…the number of borrowers with high credit quality has risen from 66 percent in 2002 to 88 percent in 2017,” reads the report. “In turn, the number of low-credit-quality buyers shrank from 17 percent to three percent over that period.” Read more... You may recall that changes to mortgage stress tests were put in place earlier this year for this exact reason: to deter weak buyers. This ensures that only people who can realistically make payments will qualify.

The unaffordability crisis hasn't hit Alberta's markets as hard as Ontario and BC, and a new study by Zoocasa shows that many cities remain affordable:

According to recent data compiled by Zoocasa, an Albertan earning at least the median household income would be able to afford a home in any of the province’s 25 major markets.

The findings are in sharp contrast to the affordability picture in the priciest provincial housing markets. For example, using the same criteria, only four of 19 markets can be considered affordable in neighbouring British Columbia, with all located away from large urban centres: Prince George, Kamloops, Campbell River, and Langford. In the Vancouver real estate market – BC’s most expensive – home buyers face an income gap of $97,866 when purchasing the average-priced home with the median income. Via zoocasa.com Incidentally, the most affordable city in the study came out to be Fort Mcmurray, which is in the midst of a balanced market. A link to the full infographic can be found here.