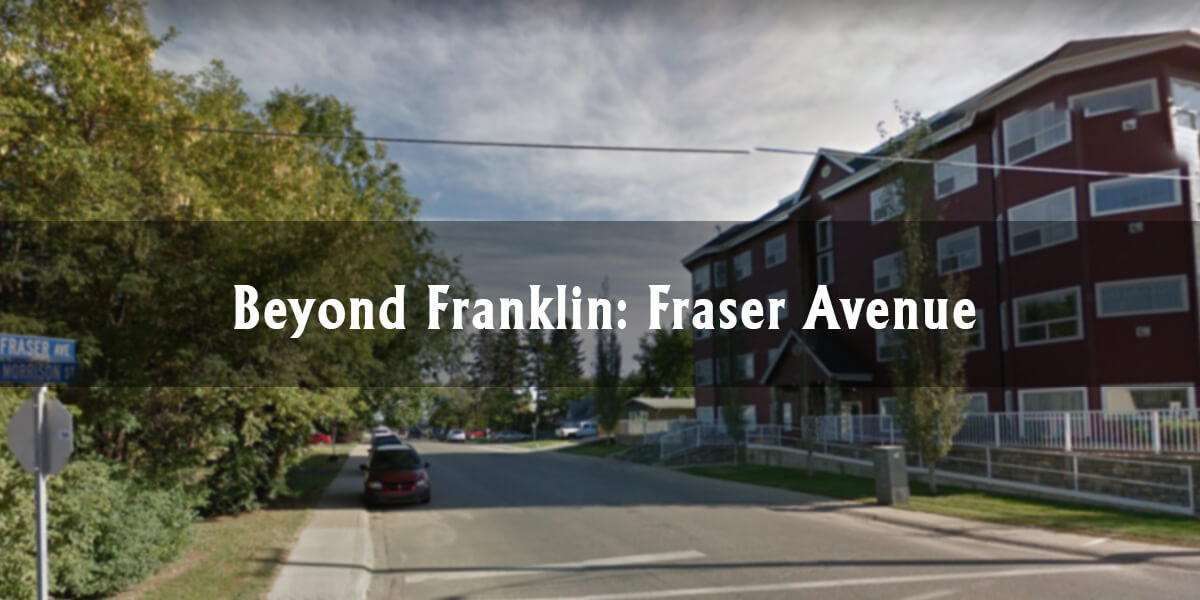 How the family of a piper populated the Prairies

Located in the heart of Fort McMurray’s downtown core, Fraser Avenue recognizes some of Alberta’s earliest settlers who populated the Edmonton area in the 1800s. Today, the Avenue is home to landmarks and facilities like the Rotary House Seniors Lodge, Chez Dube Country Inn and the city’s first high-end apartment condominium – the II Villagio.

According to the Fort McMurray Historical Society, Fraser Avenue's name comes from Colin Fraser and his son Junior (Colin). Colin Fraser Sr. was a piper from Scotland, and his son built a post in the Lesser Slave Lake region in 1885. Based in Fort Chipewyan, Junior was a fur trader of precious furs including fox, beaver and mink in Alberta’s oldest community.

Building the Fraser Name in Alberta

Fraser is a nostalgic family name to the Province of Alberta. It first gained recognition by Colin Fraser in the early 1800s. He was a personal piper for Hudson Bay Company (HBC) Governor George Simpson, and he followed Simpson around on legendary canoe trips to the HBC forts across Canada.

According to Carol Snyder’s novel, After the Fur Trade, Fraser was a servant for Simpson. He dressed in full Highland regalia as worn in Scotland and would play bagpipes when Simpson would “sneak up on the forts, surprising staff with his sudden appearance. This would provide him with a true picture of conditions at the fort.”

The Frasers were one of the first families to claim River Lots in the area that is known today as the City of Edmonton. In December 1872, Fraser purchased land and built his family home the following summer. The Glen Bow Art Museum in Calgary has records of information on the Fraser family from the 1930s. A letter written by Colin Jr. on February 15, 1933, indicates his father was born in Scotland in 1807 and he died in the 1860s in Lake St. Ann., while he was with the HBC.

He married Nancy Beaudry at Fort Carlton, an HBC hub in Saskatchewan, and was transferred to alternate HBC post known as the Jasper House, where most of his 12 children were born before making their way to Edmonton.

Located on the Yellowhead Highway in Jasper National Park, the Jasper House viewpoint remains as a national historic site today. From 1813 to 1884, it functioned in two different locations and was a staging and supply post for travels through the Canadian Rockies.

As preserved in the Provincial Archives of Alberta, his wife Nancy’s obituary notice in the Edmonton Bulletin from August 31, 1900, stated she was 92 years old when she passed. Nancy was the oldest resident in Edmonton at the time of her death.

The notice further mentioned that Nancy had fifty grandchildren alive and 27 dead. She also had thirty-nine great-grandchildren living and ten who had passed. They were some of the earliest settlers to “1885 Street” at Fort Edmonton Park.

As for Fraser’s son, Colin, he became well-known for his independent fur trading post in Fort Chipewyan and took his scow up the Athabasca River to sell furs and supplies in Edmonton each year. He had four sons and six daughters with his wife.

On March 6, 1944, a notice was posted in a newspaper’s classifieds section that Colin Jr. left behind an estate valued at $75,000. He passed away on February 3, 1942, at the age of 91. The beneficiaries included his daughter and Victoria-resident Mary Mellow, and his grandson Horace Mellor.

To learn more about the Fraser family and local history, visit the Fort McMurray Historical Society’s Heritage Park and Heritage Shipyard. Go to www.fortmcmurrayheritage.com for locations and visiting hours.

Enter Your Email Address and click Submit. We'll send you a personalized link that will let you reset your password.