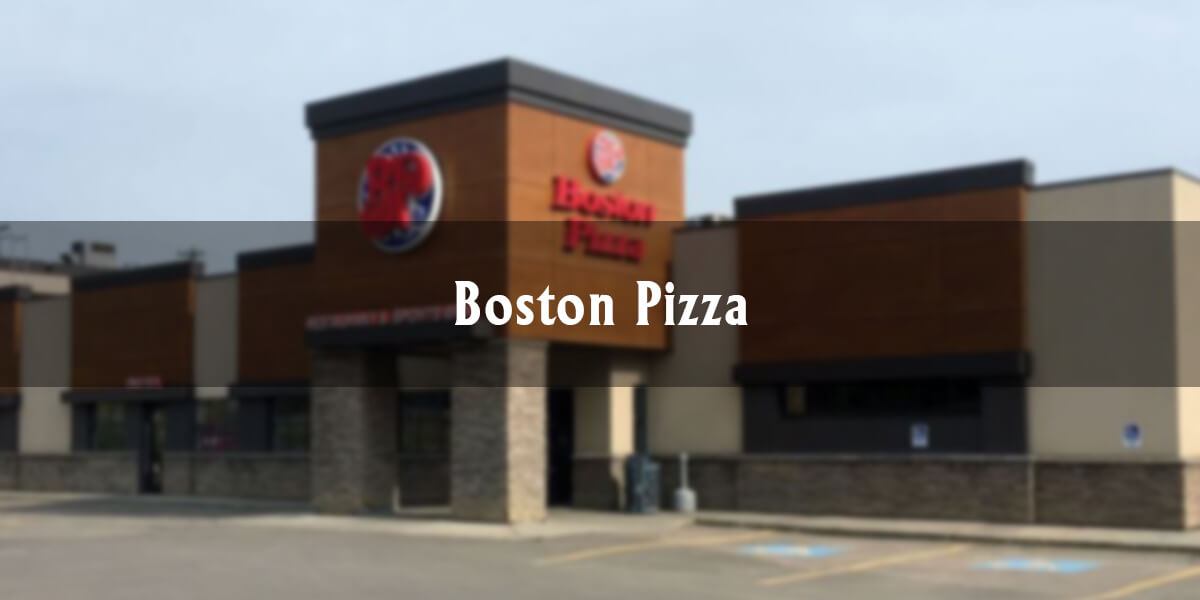 Boston Pizza has been a hotspot for local family dining in the Fort McMurray community since 1982 with now two locations downtown and in Timberlea.

According to the Pizza Hall of Fame, Agioritis partnered with former RCMP Mountie Jim Treliving after he opened the second restaurant in Penticton, B.C., in 1968. By 1983, the pair were able to turn it into a powerhouse with more than 400 locations in Canada, the United States and Mexico.

In 2014, Boston Pizza International shared how its name “Boston” was inspired because it had the authority and success from other brands.

“It only has six letters, it was easy to remember, and it was a famous city,” Agioritis stated. “It was easy to recognize; people already knew about the Boston Bruins, Boston Cream Pie, and the Boston Tea Party. Boston Pizza sounded just right, and the pizza would be a happy medium between thin-crusted NY style and a truly cosmopolitan image.”

In Fort McMurray, Boston Pizza first opened downtown inside the Morrison Centre almost forty years ago before it opened their latest location at 10202 MacDonald Avenue.

A Fort McMurray resident wrote about how she worked at both locations and shared the community was excited when it reopened just a few streets over.

“People lined up down the side of the building, waiting to get in because it was so new and cool,” stated Nadine Finch. “I still have a hard time deciding what I want as I have so many favourites.”

Linda McKenna, the original owner of the Downtown and Timberlea restaurants, was highlighted in the post and stated, she “still prides Boston Pizza as a place to share wins, losses, birthdays and first dates.”

In 2016, McKenna expanded her operation management team by partnering with Victor Wiley and Liz Whitcomb. The new operating partners were brought in to help McKenna continue serving the best guest experiences to their clients.

According to an article in Your McMurray Magazine, the pair explained their promise in continuing to be a locally owned and operated.

“Fort McMurray is a hard-working city, and when people spend their hard-earned money with us, we need to deliver a great experience. At the end of the day, seeing happy guests is the greatest reward for our staff and management. It means we have done our jobs right,” as stated in the publication.

Throughout the decades, it has also hosted hundreds of local fundraisers to help give back to the community’s social profit initiatives and also to the BP Foundation. To date, the Foundation has raised over $22 million to charities throughout the world.

The current February campaign Chew for Charity brought in over $19,300 to raise funding for local causes. The event launched in 2015, and it brings local social profits together with a friendly eating competition.

To learn more about the fundraising events and updated, visit Boston Pizza’s local social media platforms on Facebook and Twitter: @BPFortMcMurray. To order or book a reservation, visit www.bostonpizza.com.