Beyond Franklin: Manning Avenue | The A-Team
Previous
Next 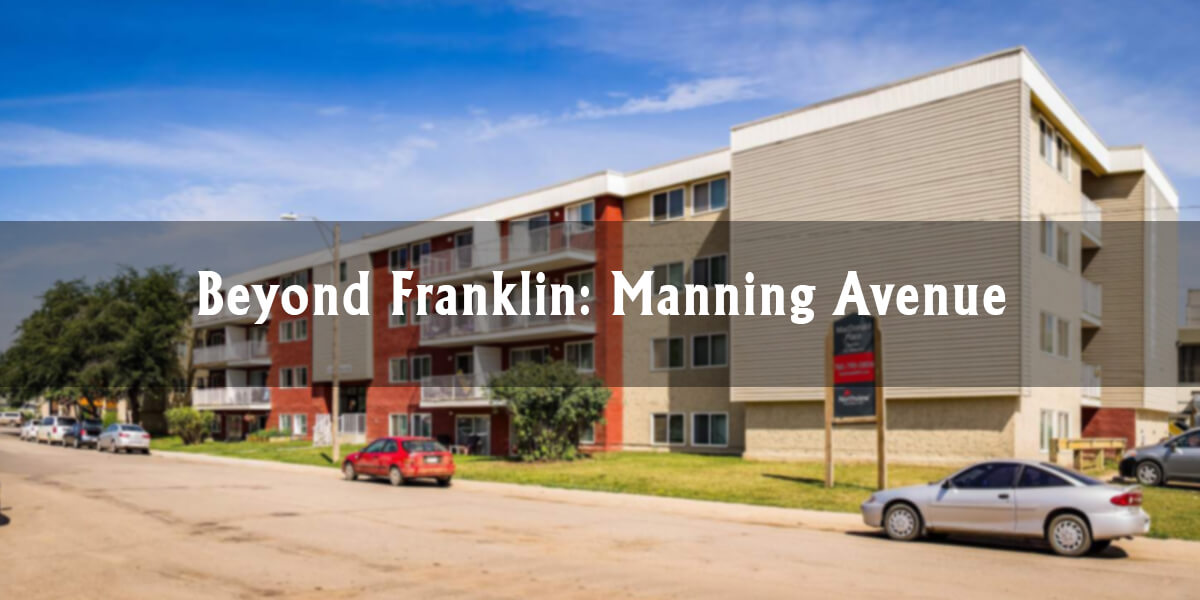 From farm boy to preacher in politics as Alberta’s premier

The Manning name is often used for titles of streets, schools and centres across the province to honour Alberta’s longest-standing premier – Honourable Ernest C. Manning. In Fort McMurray, the name is on Manning Avenue, which is in the city’s lower townsite. Manning was also the father to Ernest Jr., known commonly as Preston Manning, who was the founder and only leader of the Reform Party of Canada.

Born on September 29, 1908, Manning was a distinguished man of many firsts. The Saskatchewan-born farm boy was the first student and graduate of Dean William Aberhart’s Calgary Prophetic Bible Institute. He was also the second youngest cabinet minister in British parliamentary history and became the longest-standing Premier of Alberta.

Not only was he the longest-serving premier in the British Commonwealth, but Manning was also known internationally as a Bible prophecy teacher through his direction of the international religious radio program called Back to the Bible Hour, known today as Canada’s National Bible Hour, which was the oldest and most far-reaching broadcast of its kind in Canada.

A Preacher of Faith and Politics

The Christian-based program was first broadcasted in 1925 by its originator the late William Aberhart. As Aberhart’s successor and the first graduate of the Calgary institute, Manning continued broadcastings after Aberhart’s death.

“The broadcasts were eventually aired on over 90 radio stations across Canada, from Halifax to Vancouver, and had a large audience,” as stated by the Legislative Assembly of Alberta.

According to the Global Outreach Mission, the program continues today and is the oldest North American Gospel broadcast and continues to broadcast as a 30-minute program each Sunday morning throughout Canada.

Manning had a way of highlighting religion and politics but claimed he never intertwined the two; even when his critics didn’t agree with him and his position with the Social Credit party. In CBC’s Radio archives of the “Alberta election 1944: Ernest Manning Magic” story feature, it quotes Manning through his party campaign.

“I’m sure many of you find life complicated and often difficult. Some fixed guideposts can help you charge the safe course and give you confidence amid the storms that often obscure your path,” he said on the radio program, Canada’s National Back to the Bible Hour.

A New Phase in Petroleum

While Manning was serving as the Province’s eighth premier (1943-1968), Alberta’s petroleum industry was entering the next phase as new oil discoveries in Leduc and Redwater were developing during the late 1940s. The Leduc No. 1 well is preserved today as a National Historic Sites of Canada due to being responsible for the boom in petroleum exploration and development in Western Canada post-WWII. It was built in 1946.

In the Government of Alberta’s archives of the oil sands, it gives credit to Manning for keeping the political and public interest’s eyes on the development.

“It was Manning who made sure that these discoveries did not derail development of the province’s other oil resource, the oil sands,” it states.

The historic Canadian politician died on February 19, 1996, in Calgary, Alberta.

To learn more about the oil sands industry’s local history and development, visit the Oil Sands Discovery Centre at 515 MacKenzie Boulevard and visit online at www.oilsandsdiscovery.ca.