Around Town: Fort McMurray News (Week of December 29) | The A-Team
Previous
Next 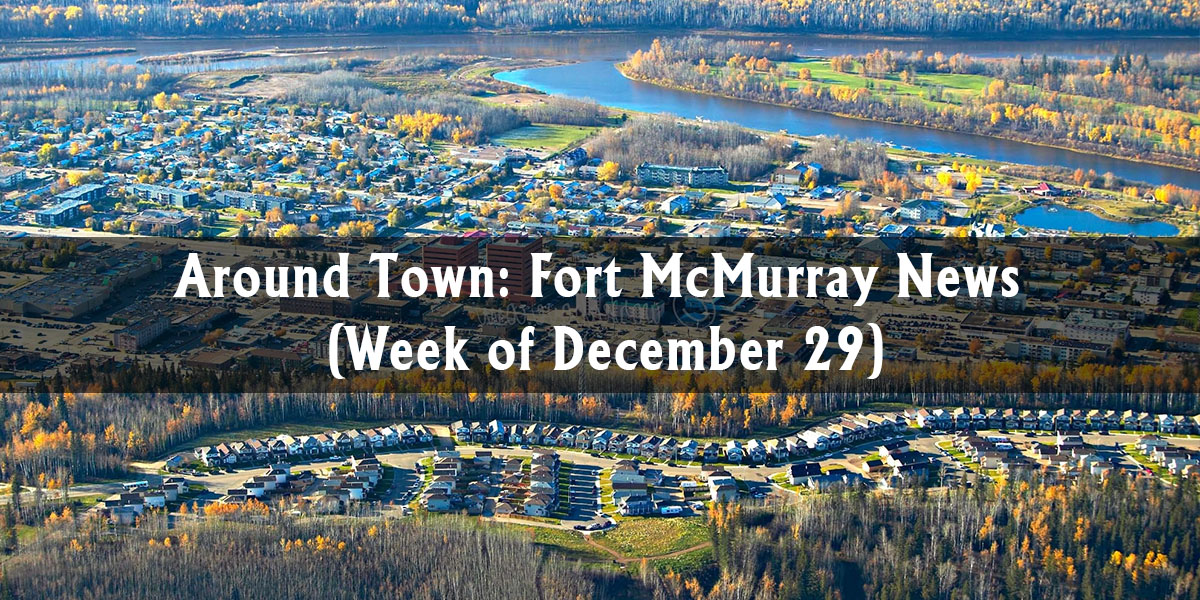 Christmas has come and gone, but the holidays aren't quite over yet. There are just a few days until the new year, but until then, it’s time for another edition of our weekly column from the A-Team. Here is some important news for the week of 2018:

As we end the year, it's worth reflecting on how far the province has come since January. 2017 has been mostly positive for Alberta, which ends the year with the highest economic growth across Canada, according to Jaryn Vecchio of Mix News:

2017 Full of Economic Growth Across Alberta

Over the past 12 months, many positives happened helped Alberta end the year with the highest growing economy across Canada.

On Thursday, the NDP’s highlighted some of the year’s successes which included added thousands of full-time jobs and lowering the unemployment rate.

According to Statistics Canada, just under 30,000 Albertans found work in 2017 – lowering the unemployment rate to 6.8 per cent, lowest it’s been since December 2015.

The government says the average weekly salary also increased to $1,142, the highest in the country.

“Alberta began the year gripped by the recession, but we’re ending the year as the fastest-growing economy in the country,” said Deron Bilous, Minister of Economic Development and Trade. Via mix1037fm.com This has been a good year for Alberta and hopefully, the positive growth will continue into the next year.

As a smaller city, Fort McMurray is home to a tight-knit sense of togetherness, and no event makes this clearer than the Community Christmas Day Dinner, hosted by the Knights of Columbus. The annual festive feast celebrated it's 23rd anniversary on Christmas Day:

The event has been a staple for the community since 1995, when Judy Hunt had the idea while driving on Highway 63.

"The idea just came to me that Christmas is coming and this community is far away from everybody," she said. "At that time it seemed like [Fort McMurray] was home to nobody."

From there, and with the help of many of the community's churches and active volunteers, the first Community Christmas Day Dinner was held in the basement of St. John the Baptist Catholic Church.

Since then, the event has grown in attendance and capacity, with the help of industry sponsors and generous community members. h/t fortmcmurraytoday.com The event took place at the Father Turcotte gym, and enjoyed an attendance of hundreds of locals, including current and former councilors. 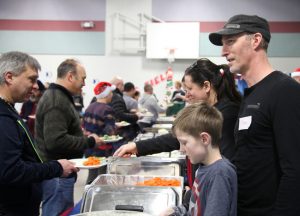 The Christmas season brings with it a the Salvation Army's yearly campaign, and this year their fundraising paid off in spades. A-Team agents are happy to have had a small part to play in this year's 2017 Christmas Kettle Campaign which has raised over $217,000 for this year. From My McMurray:

“When we hit that target and we still had a week and a half to go we said ‘oh this is absolutely wonderful,’” said Major Stephen Hibbs . “We are more than pleased and blessed that people believe in the mission of the Salvation Army.”

Exceeding the goal was even more of a surprise as recently the Salvation Army hasn’t been able to even reach their goal.

“We reduced our target from $190,000 from previous years to $160,000 because we knew our economy wasn’t back to where it was before the fire and we knew a lot of people were still struggling.”

The Christmas Kettle campaign helps the Salvation Army with the Christmas hampers filled with clothing and toys that they supply to people in need during the holidays and helps fill their community response vehicle with food and clothing that goes out into the community three nights a week to help those who need it. Read more at mymcmurray.com The surprise success in spite of the economy shows the giving spirit of the community. Although the campaign ends Sunday, donations through their website are accepted throughout the year.