Around Town: Fort McMurray News (Week of October 26) | The A-Team
Previous
Next 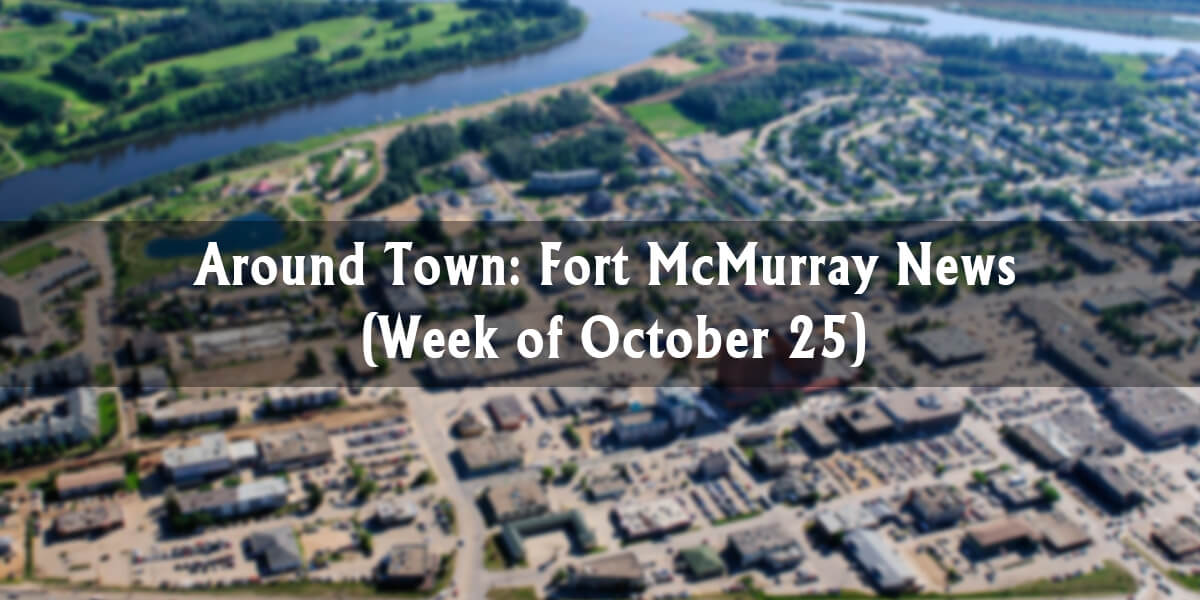 Much news has been of Alberta's oil price differential in recent weeks; that is, the price difference between heavy oil from the oilsands and light oil from the U.S. Premier Rachel Notley suggested a rail transport option this week to solve the problem:

Notley says new coastal pipelines to get access to international markets are necessary in the long term to get Alberta producers a better price.

In the meantime, she says, Ottawa should look to invest in moving oil to market on rail cars.

“We are in the midst of putting together a specific business case that we’ll be taking to the federal government late this week, early next week, where we lay out the specific costs,” Notley said Monday after a meeting with oil and gas industry leaders. Read more... The pipeline issue has been a major source of controversy this year, with many projects stagnant. While not ideal, rail transport is a decent substitute until pipelines are built.

In the midst of its quest to acquire MEG Energy Corp, Husky Energy posted strong profits in this week's quarterly report:

The oil giant released their quarterly report on Thursday which highlighted a profit of $545 million over the past three months.

This is a sizable increase year over year as Husky only posted a profit of $136 million in 2017.

Their entire production saw an average of 297,000 barrels of oil equivalent per day. This could be on the rise will the potential $3.3 billion acquisition of MEG Energy Corp. Via mix1037fm.com Although MEG Energy rejected the first offer, the new results show that Husky isn't in a bad position, and will continue pursuing MEG.

In 2018, the region saw a decrease of almost 100 impaired charges compared to 2017, however distracted driving charges increased by almost 300.

“We also have 25 drug trafficking charges since April 1 and continue to focus our efforts on drug suppression,” said Dicks.

In the meantime, she said officers are being trained to detect cannabis-impaired drivers now that it is legal.

Officers receive approximately 70 to 90 mischief calls every month in downtown Fort McMurray. The two main causes are public intoxication and disturbances. Dicks said there will be an increased RCMP presence in areas with a higher volume of calls. Via fortmcmurraytoday.com Last month, the local RCMP launched a crime-mapping tool, showing where and when different types of crime take place in the region.