Around Town: Fort McMurray News (Week of November 9) | The A-Team
Previous
Next 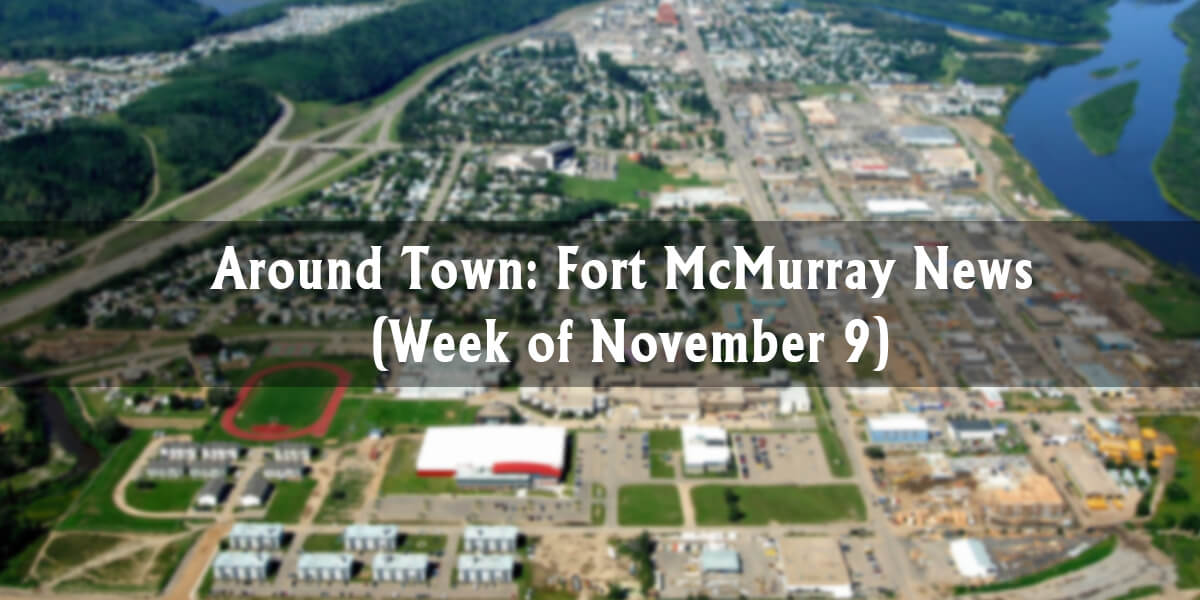 Statistics Canada released employment figures this week, and while national and provincial unemployment rates saw a solid drop of 0.2%, Wood Buffalo outperformed both in October:

Unemployment rates drop to 5.5 per cent in Wood Buffalo

The number of people unemployed in the Wood Buffalo-Cold Lake region continues to drop as October’s unemployment rate fell to 5.5 per cent, compared to September’s 5.9 per cent.

According to information released by Statistics Canada, Wood Buffalo continues to see lower unemployment rates than the provincial and national averages.

The region sits slightly below the national average, which in October was at 5.8 per cent, while Alberta’s overall average is even higher at 6.7 per cent. However, both the national and provincial averages saw a drop of .2 per cent from September. Read more... The increase in jobs came mostly from construction and education, while forestry, mining, and oil and gas saw drops.

Speaking of oil and gas, Imperial Oil announced this week that it would commit $2.6 billion to its Aspen project, which will start construction before the end of the year:

Imperial Commits To $2.6B Project North of Fort McMurray

Imperial says Aspen will include next-generation technology to improve economics and reduce emissions intensity and water use by up to 25 per cent.

“We do not take investment decisions lightly, particularly in these challenging times,” said Rich Kruger, Imperial chairman, president and chief executive officer, in a release.

“This is the right technology at the right time to make a competitive investment. We have made the decision to proceed now because we believe this advanced technology will further the evolution of Imperial’s oil sands business.” Via mix1037fm.com Aspen is projected to create 700 jobs during construction, as well as 200 during operation.

Over 900 guests attended the gala and were entertained by this years Masters of Ceremonies, local youth mentors and Amazing Race Canada Stars Dylan Elias and Kwame Osei and performance by Canadian rock band The Trews.

“On behalf of Keyano College, I would like to thank all our partners, donors, and friends for supporting Gala and investing in the future of Fort McMurray and Wood Buffalo,” said Dr. Trent Keough, President and CEO, Keyano College. “The tremendous support we receive every year is an important reminder of how generous our community is.” Via mymcmurray.com CNRL donated $600,000 of the total, as they received naming rights for Canadian Natural Gymnasium and the Canadian Natural Field House.