Around Town: Fort McMurray News (Week of November 30) | The A-Team
Previous
Next 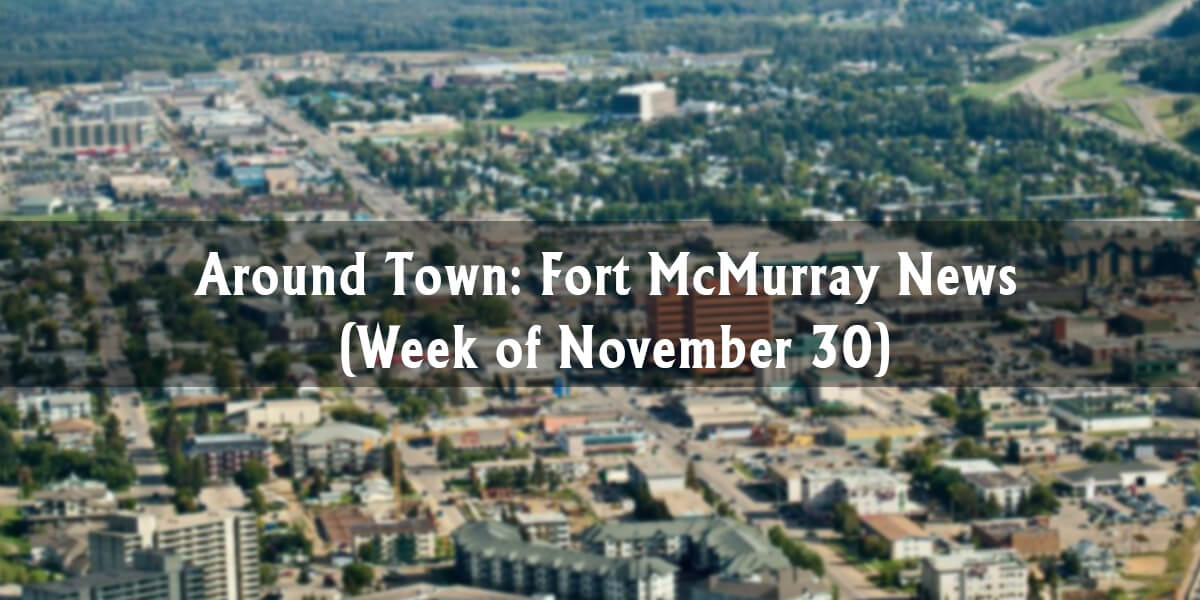 The RMWB is considering more utility rate increases following the one that took effect in September 2017. Council revisited the topic this past week:

The Municipality was offering its environmental services utilities (water, wastewater, solid waste services) to residents at a highly discounted rate, and had not been charging residents for curbside recycling since the program began in 2013.

The amendments made in 2017 include an annual 10 per cent increase to utility fees for the next four years, a $14/month curbside recycling charge and other adjustments to user fees. Via mymcmurray.com Budget workshops are currently being held until the end of the month, by which time Council will have decided whether or not to approve the increases. Notably, the RMWB tweeted about Fort McMurray's rates compared to other cities in the province.

Another result of those workshops was the approval of $30.5 million in funding to community organizations. $16 million of that funding is going towards the Regional Recreation Corporation:

Council approves $30.5 million in community funding grants, with more than half going to RRC

The organization requested more than $16 million, representing 41 per cent of their 2019 projected expenses. This is an increase from the $14.6 million they received in 2018.

Mayor Don Scott proposed a motion that the funding be granted on the condition there would be no off-site catering, with the exception of the food truck.

Scott said he wanted to make sure the RRC would not be “competing with the businesses downtown that are struggling already.”

The motion passed unanimously, with Councillors Krista Balsom and Mike Allen excusing themselves from the discussion and vote due to a conflict of interest. Via fortmcmurraytoday.com A full list of organizations and the funding they are set to receive can be found here.

With the controversy surrounding pipelines still preventing them from being built, the Government of Alberta revealed its intention to invest in rail as an alternative:

The province is expecting around 120,000 barrels per day to be transported through this new transportation method, reducing the projected 250,000 barrels added to storage each day.

“We will not stand by while we’re forced to give our resources away for pennies on the dollar,” said Notley, in a release.

“This oil price differential is about real people with real bills to pay and real concerns about the future. There’s no excuse for Ottawa to not be at the table with us, but we cannot allow delays to continue.

The GoA says this should shrink the oil price gap by up to $4 per barrel and generate more than $1 million per day in new federal revenues. h/t mix1037fm.com The first rail cars will be up and running next month.