Around Town: Fort McMurray News (Week of June 8) | The A-Team
Previous
Next 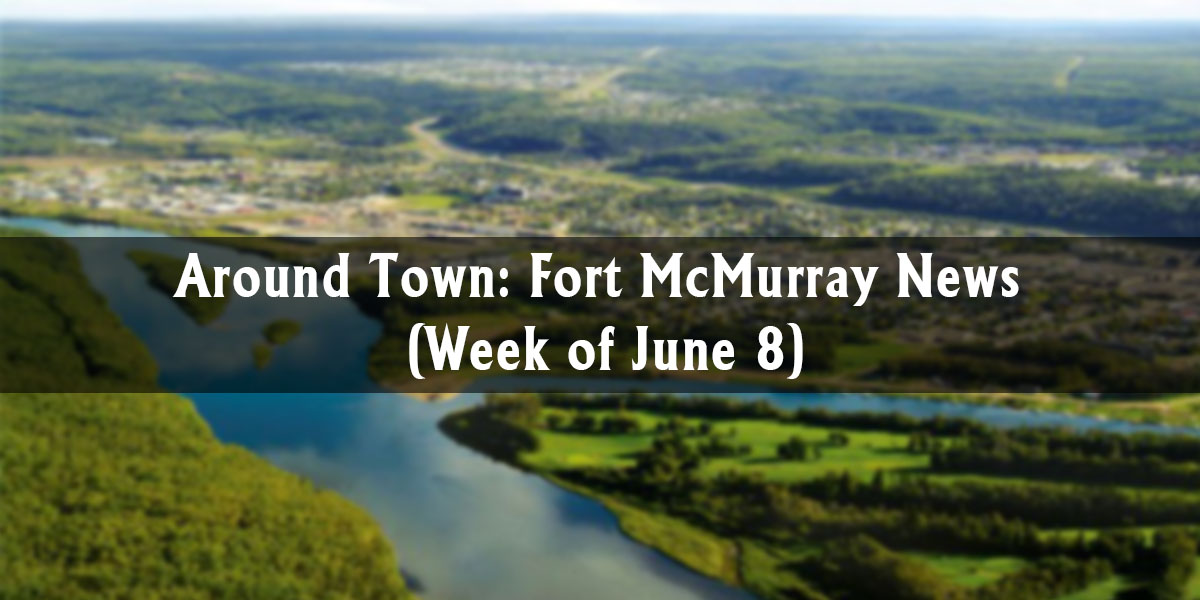 It’s time for another edition of our weekly column from the A-Team. Here is some important news for this week. ​ The Alberta government announced this week that it is investing $1.6 million in renovating and upgrading Gregoire Lake Provincial Park. From Fort McMurray Today:

The park reopened last month, after damage to the park had forced it to be closed for more than two years since the 2016 disaster.

Most of the cleanup work from the wildfire was completed by 2017. While Environment and Parks Minister Shannon Phillips acknowledged two years may seem like a long time to reopen, park upgrades can take multiple seasons to complete.

“You only have so much construction time,” she said. “You want to take the time to get it right and get the right value for your money.”

Although limited areas of the park are open, park officials estimate 2,000 people visited the day-use area and boat launch every day during the May long weekend.

The park has already seen some improvements that were installed in time for the park’s May 17 reopening. Via fortmcmurraytoday.com The investment will focus on the construction and installation of shelters on camping sites, as well as completing fire-related repairs. 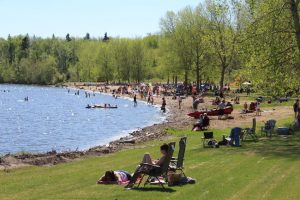 In other news, the Fort McMurray First Nation is looking to create an economic development zone. according to Jaryn Vecchio of Mix News:

The group is in talks with the federal and provincial governments for a Treaty Land Entitlement Agreement to get around 1,000 acres around the corner of Highway 63 and 69.

CEO of FMFN Brad Callihoo tells Mix News the idea is to build a commercial and retail development area to encourage outside businesses to invest in the region.

“It’s about becoming an asset to the region, we work with the municipality and different levels of government and we want to know how we can help the region, is it a Costco or a Best Buy, it’s still up for discussion.” h/t mix1037fm.com The Wood Buffalo Council is fully behind the project, the first of it's kind for First Nations communities.

Lastly, École McTavish students planted more than 2400 trees this week, as part of their continuing effort to restore the environment:

As part of phase two of their re-greening efforts the group chose to plant in Gregoire Lake Provincial Park this year after it reopened for the first time since 2500 hectares of the area was burned in the wildfire.

An estimated 400 grade seven and eight students got together on June 1, 2018 to plant 2470 White Spruce trees in the park.

For 14 year-old, grade nine student Krish Shah, it was a dream come true.

“It feels awesome. Last year we piloted this. From that we’ve doubled the amount of students who are here, and almost doubled the amount of trees planted. To see our dream come true, and as kids, to make this happen – is great,” said Shah. read more at mymcmurray.com Chevrolet Canada and Alberta Parks were the chief sponsors, with the RMWB also providing support.