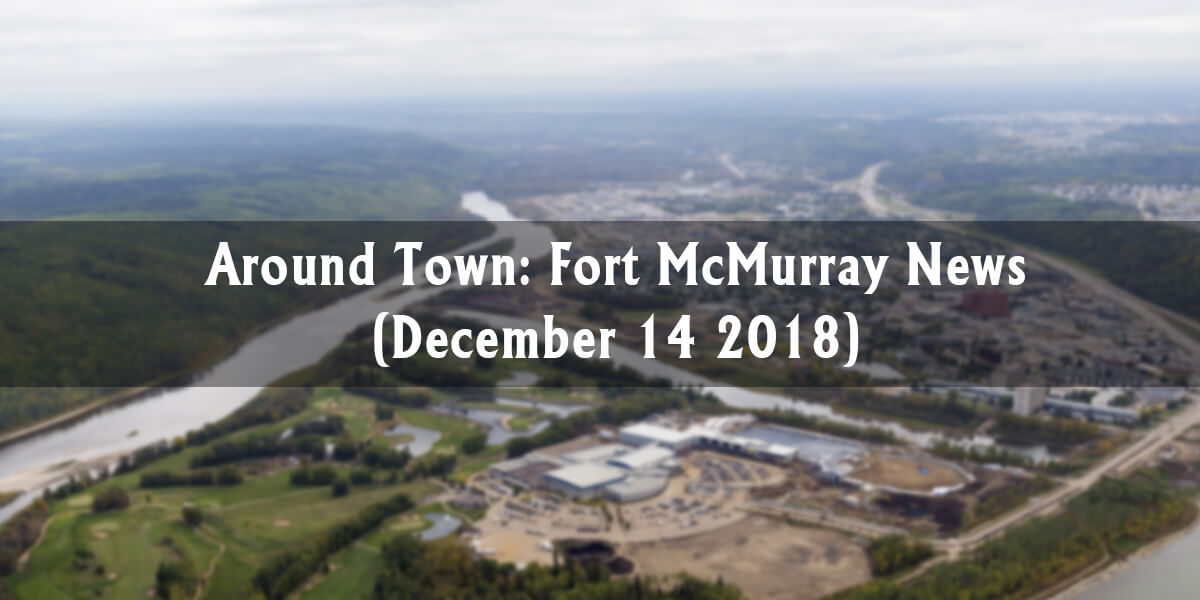 Although the provincial government has announced oil production cuts to start next year, Suncor plans to increase its output, albeit within the set limits:

Suncor to increase production by 10 per cent in 2019

The company said the increase in production includes estimated mandatory production curtailments. It added that their initial production cap has actually been made higher than the 8.7 per cent announced in early December, but wouldn’t say by how much.

In a statement released on Dec. 14, it said the higher cap “creates several potential unintended consequences,” including an impact on safe and reliable operating levels. It’s reviewing various issues it feels are impacted by the cap with the province and the Alberta Energy Regulator (AER).

Regarding the local economy, unemployment fell below 6%, the lowest it has been in the region since before the 2014 oil crash:

Statistics Canada data released Friday pegged the unemployment rate at 5.3 per cent for November, the lowest number since December 2014.

Despite the drop, the region still lost 900 jobs from October, with 700 full-time jobs lost and 200 part-time positions lost.

Compared to the same period last November in 2017, 1,500 full-time jobs have been lost and 1,700 part-time positions have been lost. Via fortmcmurraytoday.com The Statistics Canada report adds that most job losses have been in mining and natural resources, with retail in second.

Overall, 2018 has been a good year for buyers and sellers as the number of sales are up 13 per cent. Via mix1037fm.com Regarding the topic, we recently analyzed the state of the market for local sellers, and what they can expect. Give it a read here.