Around Town: Fort McMurray News (Week of November 23) | The A-Team
Previous
Next 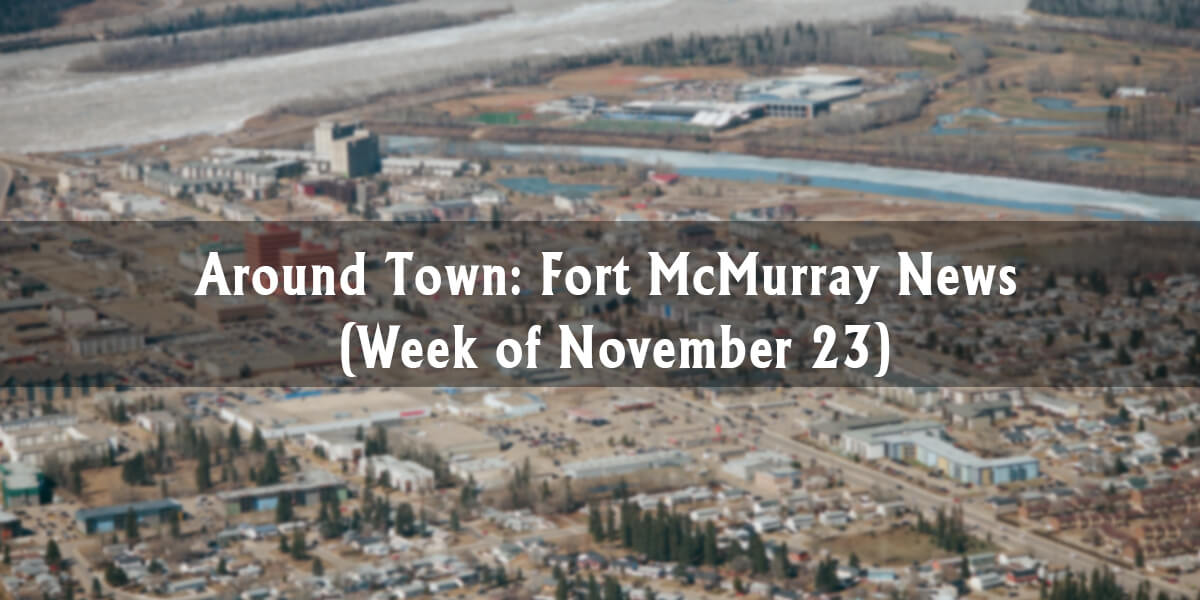 Two and a half years after the 2016 wildfire, the Wood Buffalo Food Bank reported this week that demand has grown substantially, with as many as 30 new clients arriving monthly:

Dan Edwards, executive director of the Wood Buffalo Food Bank, says much of the growth is attributable to the May 2016 wildfires and a frustrating rebuild process that followed for many.

The nearly three-quarter increase is based on comparisons to August 2015/2016, as well as the 2017/2018 fiscal year. Comparing numbers for 2018 against the 2016/2017 fiscal year is difficult, said Edwards, because of the administrative chaos that followed the disaster.

But overall, Edwards has seen increases in clients and says about 150 monthly food bank clients arrive because their situation is directly related to the wildfires. Read more... The slow rebuild has had a big impact on those affected. With insurance also slowing down, Edwards expects demand to keep rising.

The consequences of the low price of Albertan oil are getting more and more pronounced, and although oil producers are expecting layoffs, one expert doesn't think we're in recession territory:

Todd Hirsch with ATB Financial says this doesn’t mean economic disaster for the province yet.

“It is going to mean more pain on the energy sector, but they are already operating very lean, very efficiently. Even if there are more layoffs coming, I don’t think they will be significant enough to push the provincial economy back into a recession.”

He believes one of the big reasons for the drop is a lack of access to world markets.

“We don’t know how long this low price environment is going to last, but probably for the next month or so we are looking at a pretty tough environment.” mymcmurray.com The oil crash from a few years back forced producers (the bigger ones, at least) to adapt to a slow market; that experience is likely what will keep away major layoffs.

Despite the dire situation of the oil industry, Alberta's economy is still expected to grow next year, if only moderately:

ATB Financial released its newest ‘Alberta Economic Outlook’ on Friday which highlights a modest GDP increase of 2.1 per cent.

They note the setbacks in the Trans Mountain and Keystone pipeline projects are limiting our potential growth.

ATB Financial also has some concerns about next year, mostly around a potential global slowdown.

“Globally, growth remains intact,” said Todd Hirsch, ATB’s Chief Economist. “However, Brexit and trade disputes between the U.S. and China have spurred financial market volatility. While the global economy remains healthy, there are signs pointing toward a potential slowdown next year.” h/t mix1037fm.com The ATB report also predicts unemployment to stay around 6.6% for 2019.