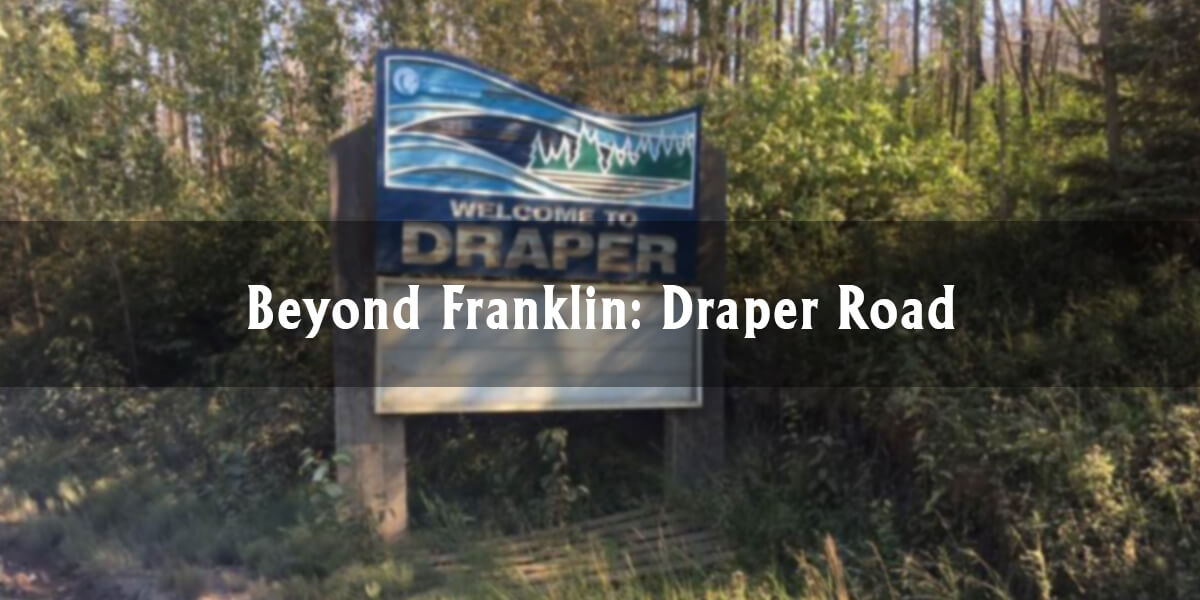 Draper Road is one of Fort McMurray’s most predominant ones as it connects Waterways to the community of Draper. It was also where one of the city's earliest innovators once lived.

Thomas Draper is recorded as the first entrepreneur to pave the focus of commercial exploits in Alberta’s oil sands.

According to the Government of Alberta, Thomas’ family had been “involved in the petroleum industry in Petrolia, Ontario, since the 1860s when his father had established a business manufacturing oil machinery. As the southern Ontario oil fields began to decline, Draper started to consider other opportunities.”

During this time, a map of the northern oil-bearing regions was drawn for Draper’s father by Geological Survey Canada scientist and director George Dawson from his exploration in the Athabasca region in 1895. Draper recalled his father having this map and decided to investigate the area in hopes of discovering new development.

In the early 1900s, leasing land right in the Wood Buffalo region wasn’t an easy task for Draper because of the government’s interest in oil and the conditions to construct an oil sands plant was a minimum of $30,000.

Though Draper’s original application was denied, he was persistent and was granted with Tar-sand Lease No. 20 on October 16, 1922.

The McMurray Asphaltum & Oil Company was a company formed in a quarry by Draper. Two years following the launch, the plant burned down in the summer of 1924. However, Draper was still eager to experiment with oil sands to come up with a way to utilize it as a commercial paving material.

In the Alberta Government’s archives on paving, it states how Draper spent 16 years mining oil sands and earned contracts to pave roadways in Ottawa, Medicine Hat, Vegreville and Edmonton.

By the 1930s, production ended despite his “valiant efforts” as Alberta’s oil sands was not a paying proposition due to the economic depression and the heavy cost of freighting raw material from the Fort McMurray area.

And though Draper ended up returning to the family business in Michigan (where he settled until passing away in 1962), his name lives on strong in the community.

With his operation set up across from the local railway station – the northern terminus of the Alberta and Great Waterways Railway, the name for the community surrounding the area and the road that connects is named Draper to honour the man for his efforts and dedication.

Today, the Draper community is home to residents who built acreages along the banks of the Clearwater River.