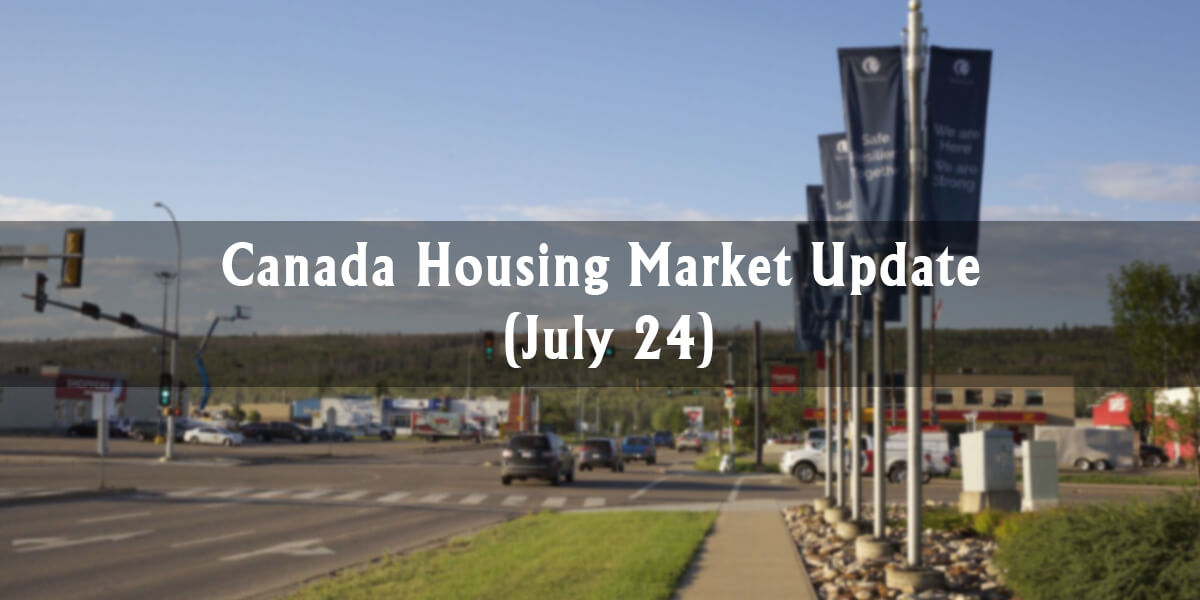 July came with the Bank of Canada continuing with the eight months long overnight lending rate of 1.75%. This is happening on the heels of the decline in global GDP. Due to the trade wars between the US and China and the rising problem involving Iran, United States, and the UK.

While the Bank of Canada acknowledges that these global issues are tangible, the apex bank is resilient on sustaining the rates as the housing market picks up.

On the housing market, Zoocasa.com paints a clear picture of the current situation with this excerpt:

The housing market, which is one of the largest contributors to the economy, is also stabilizing. Demand for condos and houses for sale is returning, as buyers have absorbed the affordability fallout from the federal mortgage stress test. Sustained lower mortgage rates have also helped boost real estate demand.

This positive outlook for the housing market can be seen in the burgeoning housing starts considered the highest since 2007. According to Betterdwelling.com:

Starts of new housing in Canadian CMAs reached a multi-year high last month. They were 234,238 annualized starts in June, up 3.46% from the same month last year. The last time it was this high was in 2007, and even then it was for only the month of September. Before that, we need to go all the way back to 1990 to see this many housing starts for more than a month.

The number of housing starts in urban areas are near all-time highs. Toronto, the country’s largest market, was an exception – making a sharp drop on new starts. Even with a drop in starts, the city has one of the highest levels of units under construction on the continent.

Despite the positives, analysts are confident that Canada’s apex bank will take drastic measures soon enough. The Livabl.com chat with analysts provides some insight on this gray area:

While the Bank of Canada has changed its tone since late 2018 when future hikes seemed a sure thing, policymakers views are “mainly positive” in terms of local affairs, suggests Capital Economics.

Although the tone of Bank of Canada’s monetary policy statement remained fairly neutral, its updated forecasts suggest that the Bank is losing faith in the economy’s short-term prospects,” writes Stephen Brown, Capital Economics senior Canada economist, in a response to the Bank of Canada’s decision.

The central bank is projecting more modest economic growth in the second half of the year than earlier anticipated. It’s also scaled back its global outlook, notes Brown, highlighting international trade conflicts.

The housing market might be picking up, but it could all go pear-shaped in a jiffy. The Bank of Canada’s consistency in mortgage rates might be ending soon – if analysts are to be believed. Cue the persistence of the trade war and other global issues, and the BoC will have no excuse but to ditch the status quo. Hopefully, everything works out in favor of house buyers.