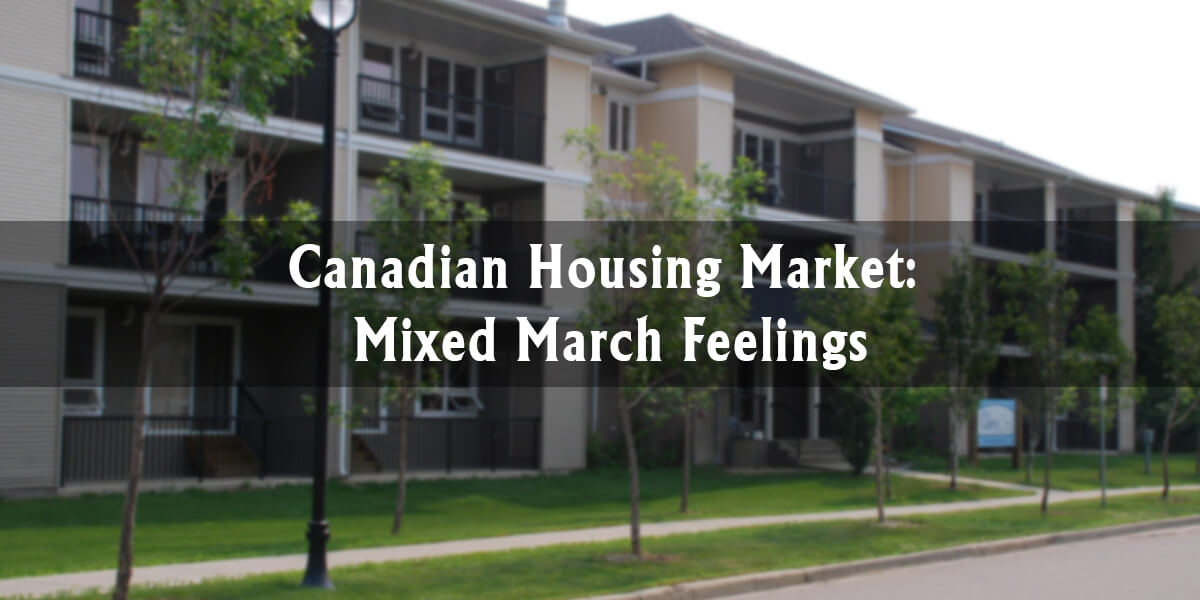 Apparently, the month of March hasn’t bucked the negative trend. The sales to new listings ratio for the country witnessed a drop in March. This is according to the figures from the Canadian Real Estate Association. Frankly, from these figures, much of the drop recorded in the month of March came from the Western Canadian Market.

To ascertain the desire for real estate among people, the sales to new listings ratio (SNLR) is considered relatively credible. The number house resales and those listed for sales elsewhere are compared closely. Experts and stakeholders in the sector would, in turn, use these figures to define the state of the real estate market.

But it’s not all that gloom and doom as housing starts climbed in the month of March as new home construction projects rose significantly compared to the previous month. Experts believe this showed the strength of the Canadian housing market. From zoocasa.com:

Chief economist Douglas Porter at the Bank of Montreal isn’t sharing that optimism as he believes the result is “a tad disappointing” but believes the real estate sector is coming to terms with the numerous changes in policies.

According to livable.com, Porter insists there are several things at play in the Canadian housing market:

Several Factors Affecting the Canadian Housing Market Beyond warmer weather ahead, Porter highlights three factors that should be supportive of higher home sales on the heels of improved activity in March, when home sales inched up a seasonally-adjusted 0.9 percent from February.

Last year, it was expected the Bank of Canada would continue hiking its policy rate, which impacts mortgage interest rates, but that’s no longer the consensus given a weaker-than-expected performance from the Canadian economy.

The second encouraging factor is Canada’s growing population. “It’s not running at the fastest pace in a generation,” Porter points out. Population growth is a key driver for housing markets as it creates demand for accommodations.

Conclusion Mixed reactions continue to trail activities on the Canadian housing market. The month of March hasn’t exactly been as eye-opening as expected. Stakeholders in the sector are hoping on a much better performance in April.