Around Town: Fort McMurray News (Week of July 28) | The A-Team
Previous
Next 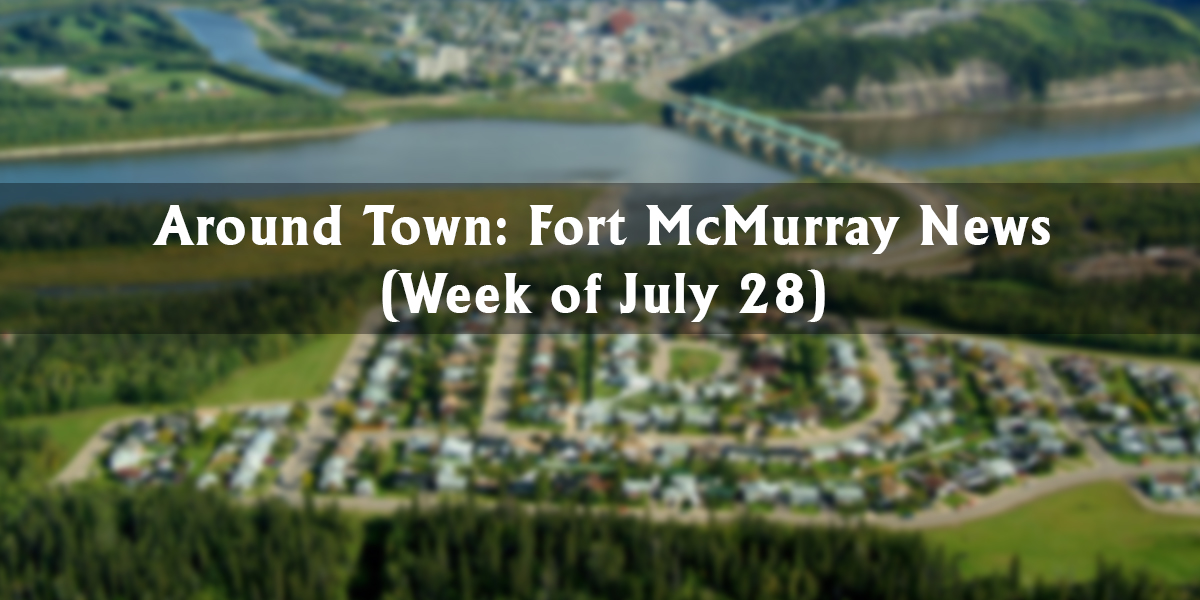 This week was pretty busy one for Fort McMurray. In another edition of our weekly column, the A-Team gives you the most important news for your region.

Sadly, last years' wildfire destroyed a large number of homes in the city, but most homeowners were insured. However, some residents have not yet been able to rebuild as a result of being uninsured. This week, a number of mobile homes built by charity organizations made their way into Fort McMurray. From Cullen Bird of the Fort McMurray Today:

Homes for uninsured and underinsured arrive

The three homes are for some uninsured or underinsured Abasand and Beacon Hill residents whose houses were destroyed by the wildfire. To receive the aid, the recipients had to be successful in their application to the NGOs Supporting Uninsured and Underinsured Residents (NSUUR).

The initiative was spearheaded by MDS. Three homes were built in partnership with Zak’s Building Group in Hague, Saskatchewan, then brought up to Fort McMurray by truck.

“The excitement kept building as we followed the houses up highway 63 to their destination,” said Glen Kauffman, MDS Alberta Unit chair, in a Wednesday press release. “It was incredibly moving, and motivating, to see the smiles on the homeowners’ faces as they watched their homes arrive.”

The homes are single-storey two-bedroom units, placed on already-built concrete foundations. The new owners of the mobile homes were able to choose features like the colour of the siding and the roof, Kauffman said. Homes for uninsured and underinsured arrive | Fort McMurray Today Projects like these will ensure that the community makes a recovery, in spite of a lack of insurance. It's also sure to make a significant difference to the lives of at least a large handful of local residents. 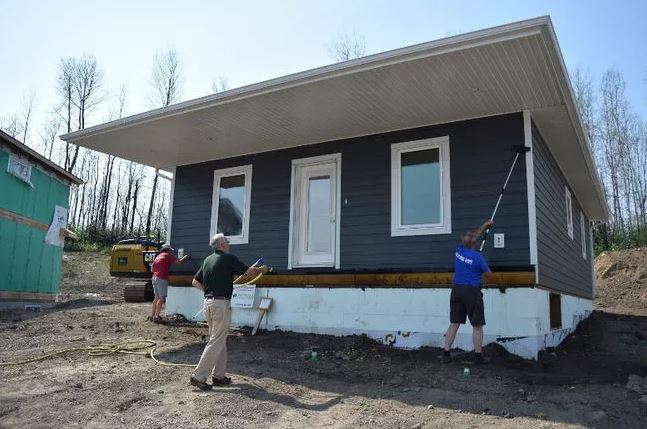 In economics news, Suncor Energy reported increased production this quarter, along with net earnings of $435 million. This is up from the same quarter last year, but down from this year's first quarter. Jaryn Vecchio writes:

Suncor Posts Net Earnings Of $435M in Second Quarter of 2017

In the report, Suncor’s President and CEO Steve Williams says the fire at Syncrude’s Mildred Lake Upgrader did hamper their production.

“Strong performance from our offshore and downstream businesses helped to offset the facility incident at Syncrude and major maintenance at the majority of our Oil Sands assets, generating cash flow in excess of our sustaining capital and dividend commitments.”

Their share in Syncrude saw production around 61,000 bbls/d, up from last year but down from their original expectations. read more at mix1037fm.com The article goes on to say that the company will be back to full operations by the end of August.

It's not all well for the Oil Sands this year. This week, developers ended land leases of almost a million acres, returning it to the province. Cost-cutting seems to be the primary motive. According to My McMurray, cuts were expected, but not of this size:

Observers were surprised by the size of the lease returns which they attributed to industry cost-cutting and disinterest in spending to develop new prospects when there’s no money to build projects already on the books.

“You can’t convince shareholders to continue to put that money out if there’s no prospect for success.”

Alberta’s oilsands have been getting little respect lately, thanks to the exit of large foreign companies, the province’s hard cap on oilsands emissions, increasing carbon taxes and the stumbling price of crude oil. Via mymcmurray.com The oil price crash continues to have ramifications on the region. These land lease cuts could be the first of many.