Around Town: Fort McMurray News (Week of December 7) | The A-Team
Previous
Next 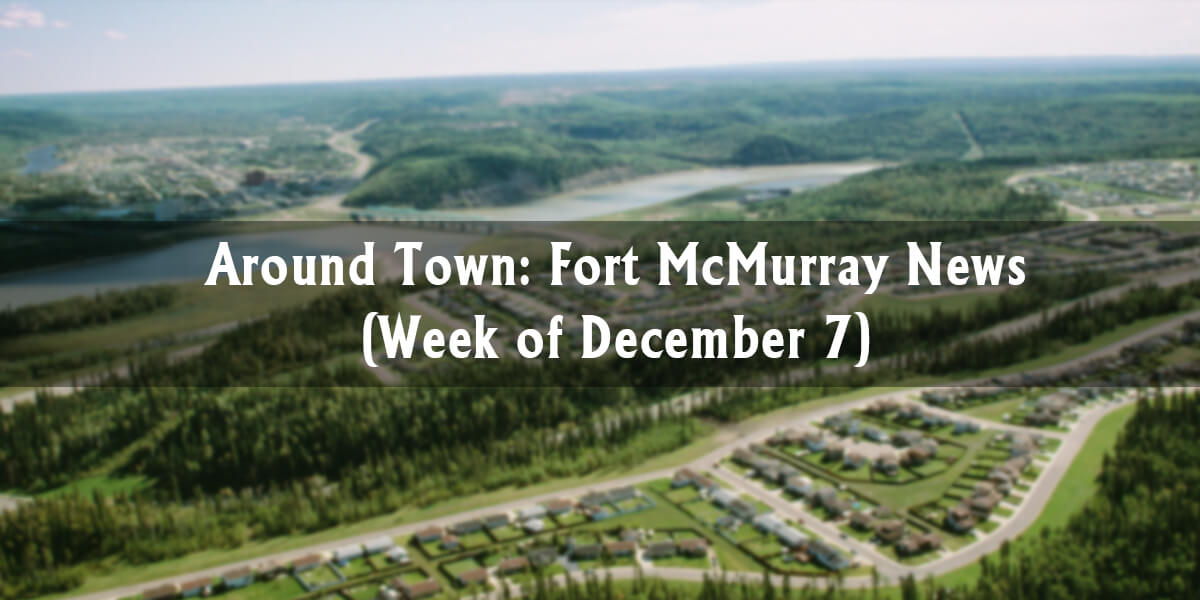 With the price of Western Canadian oil falling so far behind, the provincial government announced production cuts last Sunday, causing shares of oilsands companies to rise:

Shares in oilsands companies most likely to benefit from Alberta’s move to curtail crude production starting Jan. 1 are soaring in the wake of Sunday’s announcement by Premier Rachel Notley.

Cenovus CEO Alex Pourbaix was the first oilsands CEO to call for the province to curtail production and on Sunday issued a statement commending the government for its “difficult but necessary” decision to try to repair Alberta’s “temporarily broken” oil market. h/t mymcmurray.com The government's plan will reduce oil output to 325,000 barrels a day, an 8.7% decrease.

The price differential has had a considerable impact on Canadian Natural, which cut its 2019 budget by $1 billion to deal with the losses:

The Calgary-based oilsands producer announced Wednesday a 2019 base budget of $3.7 billion, below its “normalized” range of $4.7 billion to $5 billion and about 20 per cent less than this year’s $4.6 billion.

“Our capital program is very flexible and we can curtail capital spending down to the $3.1 billion range and still keep production flat,” said president Tim McKay during a webcast from the company’s investor day in Toronto following the announcement.

“Should prices improve and stabilize, and we see clarity on market access, we would look to increase our capital to approximately $4.4 billion.”

A glut of oil in Alberta as pipeline capacity fails to match production increases is blamed for dramatically lower local oil prices since last fall. Via fortmcmurraytoday.com Canadian Natural is currently involved in several projects in the oilsands, including the steam-driven Kirby North and upgrades at the Primrose thermal project.

Going hand in hand with the oil price discounts is the decline in oil export prices, which suffered the biggest monthly decrease in two and a half years:

In its latest report released Thursday, Statistic Canada says prices were down 15.4 per cent in October – the biggest monthly decrease since February 2016 – and the volumes shipped fell 0.9 per cent. The drop coincided with deepening price discounts for Canadian produced oil.

“I think Canada and the oil and gas sector can be a competitive force again if we can get market access. That’s the largest part of the equation – getting our oil moving in all directions, especially to tidewater and ensuring we get a fair market value for our product,” said Executive Director of the Oil Sands Community Alliance Karim Zariffa.

Exports of energy products fell 12 per cent to $8.8 billion in October. Statistics Canada notes exports of crude oil drove the decrease, offsetting most of the earlier gains in 2018. h/t mix1037fm.com Market access is a persistent problem for the oil sector, and with the price differential being so pronounced, the issue is getting more attention.