Around Town: Fort McMurray News (Week of September 22) | The A-Team
Previous
Next 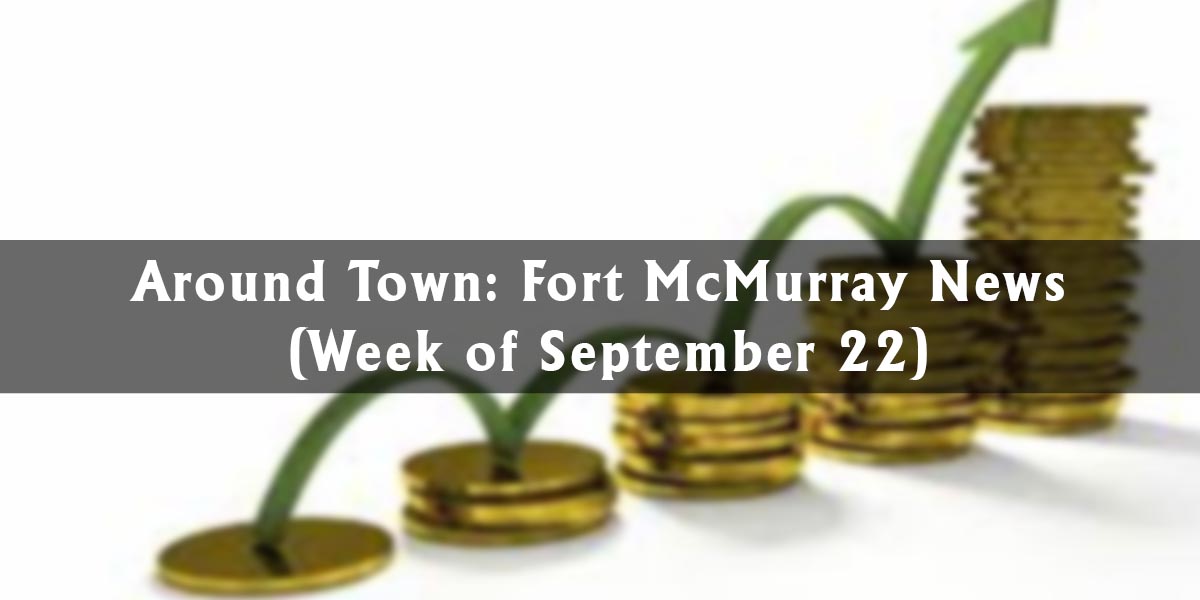 As the fall season begins today, it's time for another edition of the A-Team's weekly roundup of news from around the region. Here's what we found notable for this week.

The 2016 wildfire, along with the oil crash, have done a number on the local economy, but in an optimistic report released this week, the Conference Board of Canada predicted strong growth for Wood Buffalo. The report expects the region to grow faster than any other city in Alberta, according to Fort McMurray Today:

From 2015 to 2016 Wood Buffalo's GDP shrank by an average of 8.9 per cent, much more than Calgary, Edmonton and Red Deer, whose GDPs fell by an average of less than three per cent over the same period.

"I think it's optimistic," said Fort McMurray Chamber of Commerce president Bryce Kumka. "It's always nice to see that other people think we're going to outpace the growth of the rest of the province." read more at fortmcmurraytoday.com This is the kind of news everyone in town likes to see. It really does look like the worst might be over for the local economic climate.

Conversely, another report released this week highlighted a persistent community issue: lack of housing for seniors. The Advisory Committee on Aging conducted the study in both urban and local areas. From Jenna Hamilton of My McMurray:

In the urban service area communication, civic participation and employment were rated as high issues.

“This report signifies the beginning of another important phase of our work,” said Linda Mywaart, Committee Chair. “Eventually, this report will allow us to identify and implement strategies to improve the lives of seniors in our region.” h/t mymcmurray.com Hopefully, more effort is made to address the housing problem, specifically with the construction of the Willow Square Aging in Place facility.

In education, the FMPSD revealed this week that it was considering a name change for Composite High School, amidst its ongoing modernization. The proposed change would take effect in 2019, but wouldn't affect all aspects of the school, according to superintendent Doug Nicholls:

Considered names would need to have some affiliation to education, be it a famous Albertan, a local community member – past or present, a location of geographical significance or through some other historical significance.

Nicholls says if the school does get renamed, the change would likely come for the 2019 school year.

“The board, after hearing previous feedback, thought the timing was right to look at rebranding the school, re-visioning it and thought perhaps if the name change were to occur, it would happen along with the modernization.” mix1037fm.com Composite High has been a mainstay in the community for decades, so this change will surely spark some controversy.