Around Town: Fort McMurray News (Week of July 21) | The A-Team
Previous
Next 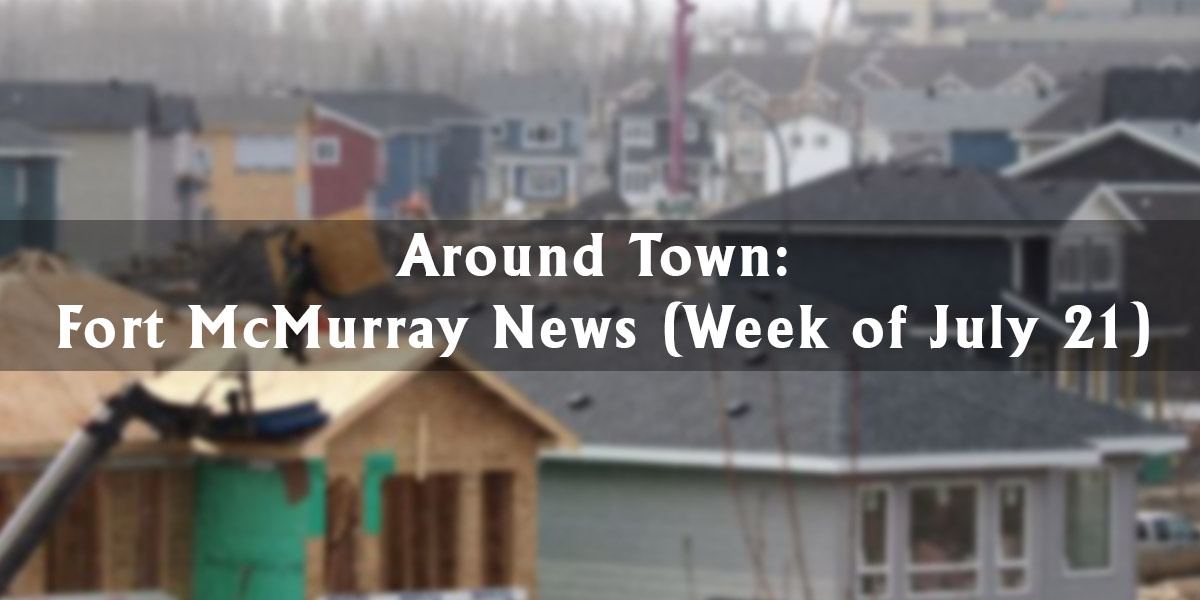 Our weekly new roundup for the Fort McMurray area continues. Here are some of the biggest developments in the region this week.

In rebuild news, the Canada Mortgage and Housing Corporation (CMHC) released report this week describing an increase in housing starts in town. From Jenna Hamilton of MyMcMurray:

One third of homes destroyed in wildfire have started to rebuild

In a report released on July 20, Canada Mortgage and Housing Corporation (CMHC) says that there has been strong construction activity in Fort McMurray and faster than expected.

There has been 844 housing starts since the wildfires and if the construction stays at this pace, CMHC says the rebuild should be complete in the next three to four years.

“We were expecting the rebuild to take a few years, but we weren’t expecting so many units to get started so fast,” said Tim Gensey, a market analyst, with Canada Mortgage and Housing.

The report says that this has been one of the strongest years for housing starts in the RMWB in 10 years. See more... This is excellent news, as it shows progress is being made much faster than expected. Vacancy also dropped to 17.8 per cent from 29.4 per cent year-over-year, another sign of increased activity, but there could be a large temporary element to this, as contractors are here only for the rebuild. 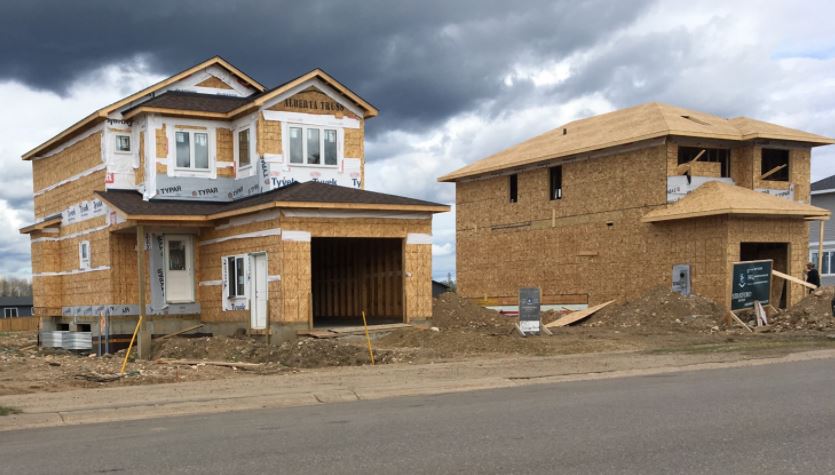 On the topic of wildfire recovery, local playgrounds are also getting rebuilt. 10 playgrounds around the city will be repaired by the end of October, according to the RMWB. Some had been damaged while other had been totally destroyed by the fire. From Fort McMurray Today:

Playground repairs to complete in the fall

In a press release, the RMWB said replacements and repairs will restore playgrounds in Abasand, Beacon Hill, Waterways, Wood Buffalo, Stonecreek and Eagle Ridge. In total, 12 playgrounds damaged by the wildfire were covered by the municipality's insurance.

Two playgrounds - the École Boreal playground in Abasand and the Belgian Green playground in Prairie Creek - have already been repaired. Of the remaining 10, eight were completely destroyed and will be fully replaced and two - Killdeer Way Playground and Howard Pew Playground - will receive repairs.

A playground in Beacon Hill near Frank Lacroix Arena is currently fenced off while the municipality works to determine whether or not it was damaged by the fire. The plastic has hardened to twice the recommended limit making it unsafe for residents said Sarah Anderson, a communications officer with the municipality. This park will be fixed, however a final decision has yet to be made on the cause of the damages, Anderson said. Via fortmcmurraytoday.com Playgrounds are an important asset to any neighbourhood, especially ones with plenty of families. It's another step towards full recovery for the community.

On a more bittersweet note, the 6th Annual Memorial Ride was held this week remembering the more than 130 victims of Highway 63. This year, no new names were added to the list, a sign of reduced danger on the infamous highway:

On Monday night, bikes, cars, and other vehicles drove down the road, bringing with them a giant flag filled with the names of those killed before the highway was twinned.

Annie Lelievre started the ride after losing her son in 2011.

She tells Mix News riding her bike, to her, was the best way to ease her pain.

“What I do is ride and I know not everybody else rides so that’s why I invited the public, anyone with cars – it doesn’t matter, just a way to remember the lost ones.”

After losing both her son and ex-husband on the road, Lelievre started a petition to get the twinning of the highway pushed forward, receiving over 60,000 signatures in support. read more at mix1037fm.com The twinning of the Highway likely had a significant role in reducing fatalities during the evacuation. Accidents still occur, but the head-on disasters seem to be largely a thing of the past.