Around Town: Fort McMurray News (Week of August 18) | The A-Team
Previous
Next 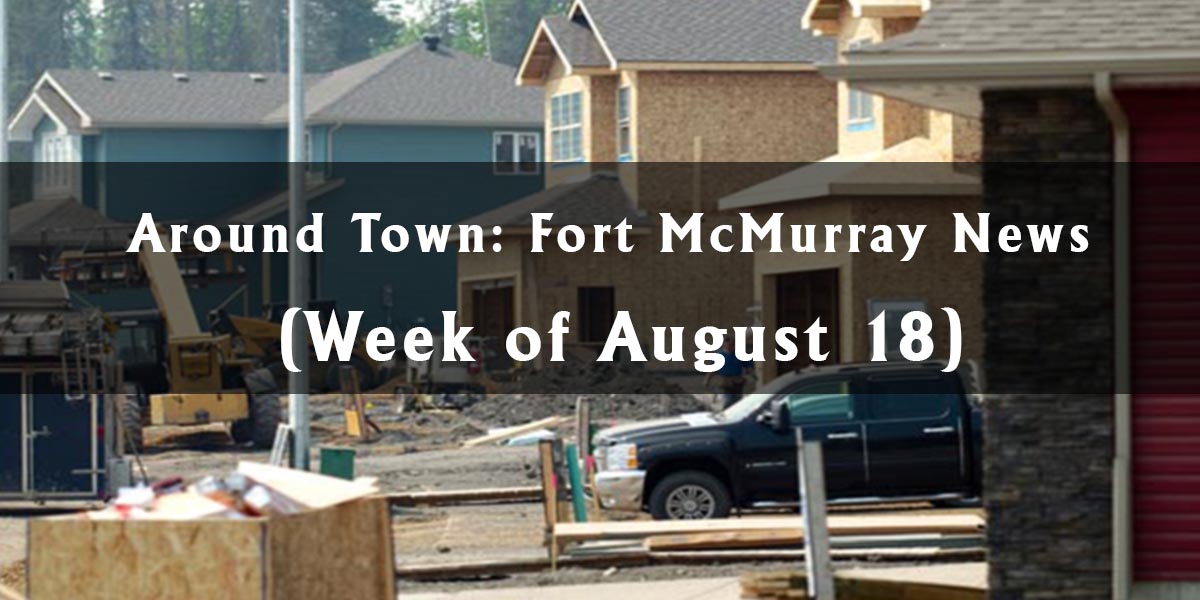 It's been a busy week for Fort McMurray, especially in the real estate industry. As real estate agents, that sits especially fine with us. Let's get into the top developments!

First up, the Canada Mortgage and Housing Corporation (CMHC) announced this week that the construction boom is continuing, with nearly 1000 homes being started since the beginning of 2017. Cullen Bird writes in the Fort McMurray Today:

Construction has started on nearly 1,000 homes in Fort McMurray since the beginning of 2017, with 209 housing starts in July, according to the Canada Mortgage and Housing Corporation (CMHC).

In July, the CMHC announced the pace of Fort McMurray’s post-wildfire construction boom had already exceeded expectations. Previously, the CMHC had anticipated a high of 700 housing starts in 2017, issuing a new year-end estimate of 1,000 housing starts last month. The 994 housing starts recorded by the end of July already meet the new estimate.

There were also 98 housing completions last month, making a total 243 housing starts since the beginning of the year. Via fortmcmurraytoday.com It's great news for the economic fundamentals of the region (in terms of employment), as well of course as for homeowners impacted by last year's wildfire. It does not necessarily mean that a housing rebound is on the cards though, as additional supply tends to be negative for prices, all other things being equal.

Also released this week were July statistics by Fort McMurray REALTORS®, showing an increase in houses listed on the market, along with a decrease in sales. The average sale price was up, but this was due to a few anomalous high prices sales, and not the current downward trend. From MyMcMurray:

July statistics released by Fort McMurray REALTORS show that more single-family detached homes were listed on the market with fewer being sold.

Fort McMurray REALTORS® stated in a press release that as the community continues to recovery from the 2016 wildfire there is a great variety of properties available causing ongoing change to the average prices month over month. read more at mymcmurray.com And in environmental news, Syncrude is beginning the process of reclaiming a former mine by taking influence from a past project. The company previously transformed a tailings pond into a wetland in a process started 5 years ago:

“It’s a big challenge, so it means we have to build the surrounding watershed so the water would come in large amounts to maintain a water level high enough to have a wetland.”

Girard notes they don’t have any set results.

The oil company still monitor’s the Sandhill Fen with water continuing to be an important aspect of the area as more will be needed as the vegetation continues to evolve.

Besides water, Girard adds soil plays a big part in the reclamation as different types, mineral, and peat, are needed “to get the wide range of species.” read more... The success of the previous project is a good sign that future land reclamation operations will turn out well for the environment.