Around Town: Fort McMurray News (Week of August 11) | The A-Team
Previous
Next 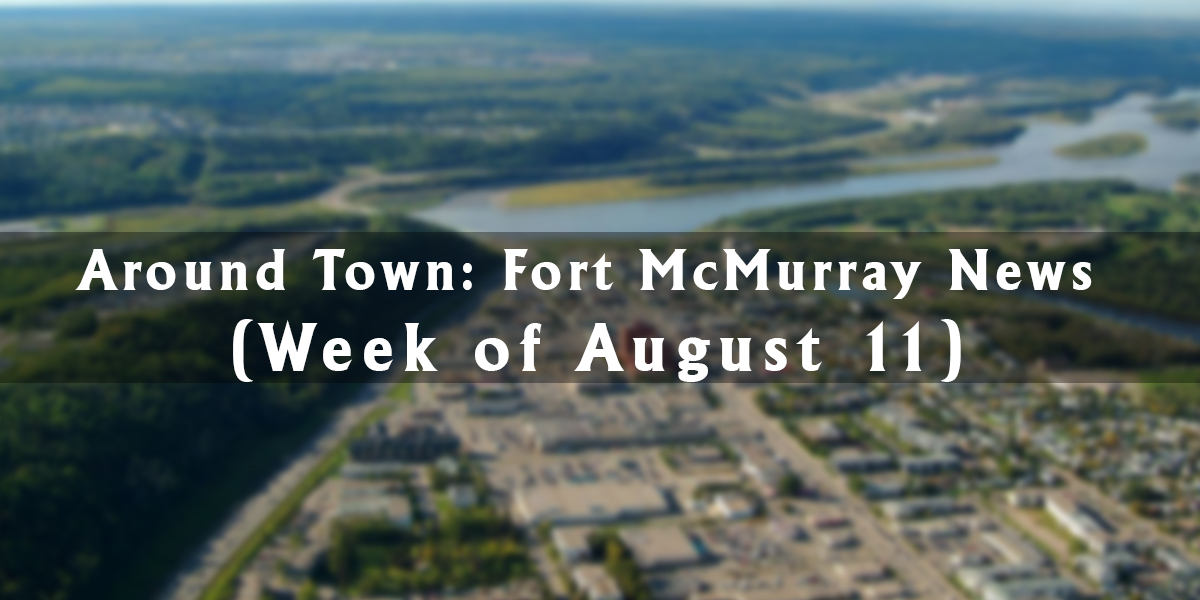 It's time for another A-Team roundup of all the latest news and developments affecting the Fort McMurray region.

In oilsands news, a pilot project operated by Japan Petroleum Exploration Co, which was shut during the 2016 wild fires, will not restart its operations. Low oil prices and technical risks were cited as the main reasons, according to My McMurray:

Also known as Japex, the company says it has decided to abandon the development due to low oil prices and the technical risks of reactivating the wells.

The pilot project had been in operation through a subsidiary called Japan Canada Oil Sands Ltd. since 1999 and produced a cumulative total of 35 million barrels of bitumen.

Japan Canada Oil Sands also announced Monday that it has achieved first production from a commercial oilsands project in the same area that has been steaming since April.

The company, which owns 75 per cent of both projects, says its Hangingstone commercial project is producing about 1,000 barrels per day and will gradually ramp up to capacity of 20,000 bpd by the second half of next year. Read more... While the closure is a loss for the region, other operations by the company are thankfully still running.

Next up, it was reported this week that of all provinces in the country, Alberta is forecasted to see the lowest amount of salary increases. The annual study by Morneau Shepell shows the increase to be 1.8%, compared with a national average of 2.3%. From MIX News:

The survey notes the economy is continuing to hamper certain industries. People working in the mining, oil and gas extraction sector could see an increase of just 0.8 per cent.

Industries such as utilities, manufacturing, wholesale trade, finance, and insurance are expected to see big rises between 2.7 and 2.9 per cent.

Meanwhile, Quebec is expected to see the highest rise, around 2.6 per cent. Via mix1037fm.com The prevalence of mining, oil, and gas in the province, along with the effect the economy is having on these industries, surely plays a huge part in Alberta's tepid wage growth this year. Total income of the Alberta economy itself (GDP) is beginning to rebound though which is great news.

As the municipal elections draw closer and closer, a local pipe fitter, Anthony Needham, announced his candidacy for mayor this week. As per the Fort McMurray Today, Needham was inspired to run by the other candidates, lawyers Allan Vinni and Don Scott, who he believes don't have the working-class experience he brings:

That said, Needham said one of his priorities as mayor would be working to create more affordable daycare and at-home seniors' care in the region, by offering incentives for people to work in those jobs.

Reducing the commuter workforce in favour of more local jobs is also a priority, he said. If industry can afford to pay for flights and work camp accomodations, they should also be able to pay a living allowance to employees who choose to settle down in Fort McMurray.

Needham added the recession may call for more austerity at the municipality.

"That may mean downsizing the workforce of the RMWB, and cancelling certain infrasture projects that are deemed not necessary at this time," he said.

However, Needham said he currently has no particular infrastructure projects in mind. h/t fortmcmurraytoday.com Perhaps Needham's working-class background makes him a strong candidate next to his competitors. However, we'll have to wait until October to see how well that experience and hard work pays off.