Downtown Highlights: Surekha's on the Snye 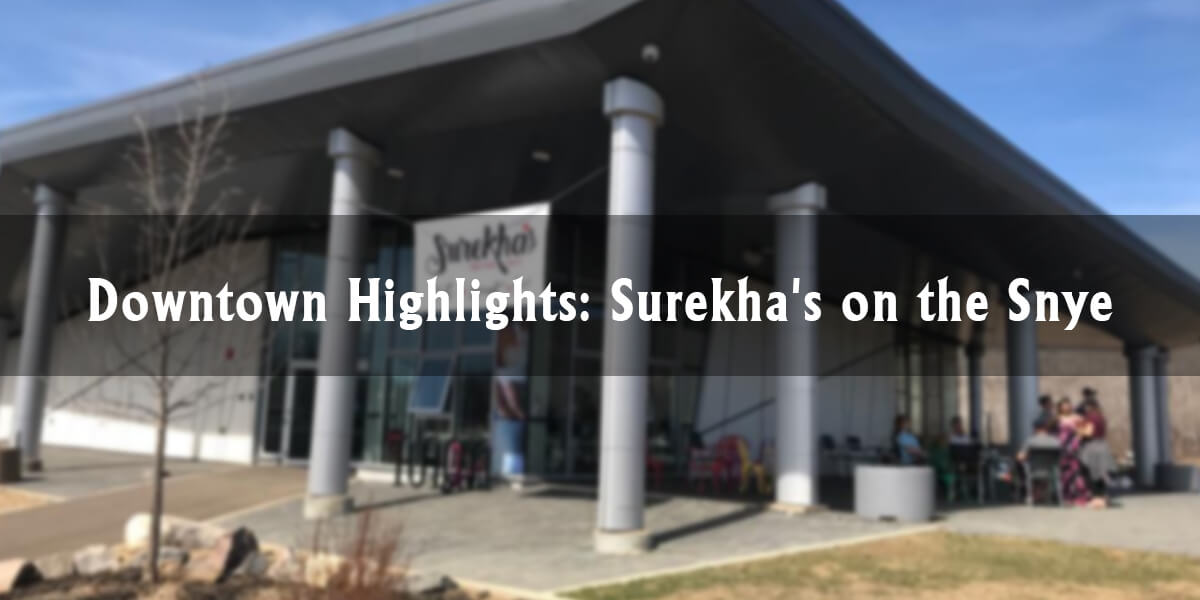 Café on the River

The newly-opened Surekha’s on the Snye is the first eatery available alongside the Clearwater River. It’s a café and restaurant with a view of the Snye Point Park like no other.

Syne Point Park officially opened for the 2015 Western Canada Summer Games and the Games athletes for beach volleyball, canoe/kayak, and rowing events were among the first to utilize the new facilities. Before the café opened, the Park only offered greenspace and washroom facilities.

According to MyMcMurray.com, a ribbon-cutting ceremony was held for the Syne Point Park and the Syne Amenities Building, where the 2015 WCSG Co-chair Jon Wilson called the revamp a game changer.

For years to come, we’ll all be able to utilize this facility. I mean, you look around us and, as I said, it’s a real game-changer for Fort McMurray,” Wilson said at the celebration on August 4, 2015. “The confluence of the Athabasca and the Clearwater and the Snye connecting into the Clearwater here, MacDonald Island Rocke Island; it’s spectacular scenery, truly magnificent. It’s an area in my mind of outstanding, natural beauty.

The plan for the Park is known as one of the municipality’s legacy projects because preserving the Syne and its natural beauty is something Fort McMurray locals believed in. Float planes and boater regularly frequent the area during the summer season. After Surekha’s opened at 2 Clearwater Drive on May 4, it didn’t take residents long to flock to its relaxing location. Inside, the ambiance is with modern day décor and outside offers a lot to explore with its pet-friendly patio, large playpark and beach volleyball court.

Guests are already giving it five-star Facebook reviews and stating it has an “excellent lunch menu with a nice size portion” at very, reasonable prices. Others have also said their “server was very courteous and accommodating.”

With their signature Farmhouse Burger and steak-cut fries served during the day and braised lamb with pesto mashed potatoes served at night, locals are already gushing about their menu options. Last week, the one-of-a-kind café announced they have expanded their hours making it open seven days a week from 10 a.m. to 10 p.m.

Because of its location, residents may be picking the Snye for their prime place to watch this year’s Canada fireworks and take their canoes out on the river. In the winter, the chances are high it will be popular to those taking in the Regional Municipality of Wood Buffalo’s WinterPLAY festivities, which features a variety of outdoor, winter-themed activities and entertainment.

Surekha’s is sure to be Fort McMurray’s hotspot this summer. To learn more, check out their Facebook page for updates and menu announcements.