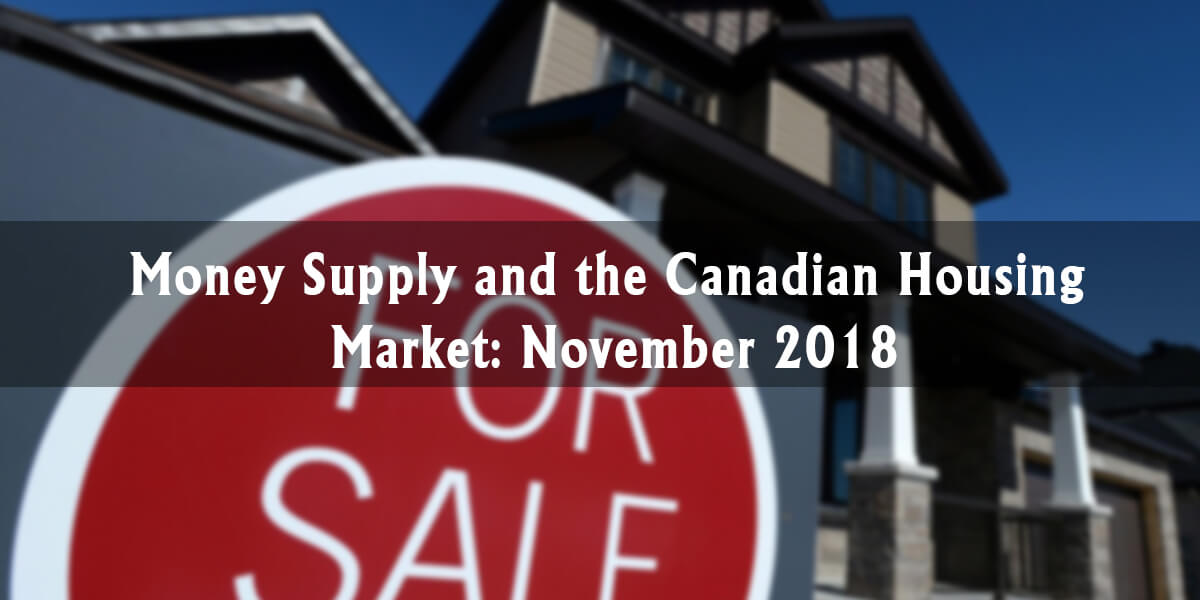 With November 2018 past us, it's a good time to look at what last month brought to our housing market. Among other things, the effects of the October interest rate hike began to appear, and debt levels continued to grow.

Looking strictly at housing, you may get the wrong idea about Canada's economy. While most sectors are growing at a decent rate, the slow growth of the housing market is pulling the general economy back:

Canada’s GDP grew by 2.0 percent in the third quarter of the year, falling just below many economists forecasts. While there were several factors involved in the somewhat lacklustre growth figure, a cooling housing market certainly had a role to play.

Booming home sales in some of the country’s biggest housing markets kept the economy riding high in 2017. But, ever since a new mortgage stress test was introduced in January, both housing activity and GDP growth have been lagging. Via livabl.com Even with the state of housing, though, it's clear that Canada's economy is doing relatively well, despite many negative factors. As the market adjusts to strict stress tests and interest rate hikes, it should stabilize.

Beyond interest rates and mortgages, there's another, less prolific factor that could be hurting housing: the money supply available in the country. The M2++ index measures all money in Canada, and has recently dropped 20% from last autumn:

The M2++ is the broad measurement of nearly all money in Canada. Like the M1+, it includes almost any form of currency you can spend, plus chequable deposits. The M2++ also includes other retail debt instruments, Canada Savings Bonds, and non-money market mutual funds. It’s the broadest, most comprehensive measure of money being created across Canada.

The indicator is one of the most important macroeconomic measures. The growth is a major influence on inflation, and therefore interest rates. Generally speaking, fast or prolonged periods of growth of M2++ are followed by weak economic growth and often a recession. When this indicator falls, and we see weak economic growth, central banks tend to slash interest rates and/or provide stimulus. The M2++ is a leading indicator for the business cycle, which means we’ll see a problem on the M2++ before we experience it. Via betterdwelling.com As the following graph shows, the slowdown in growth is noticeable, and is a sign that a period of weaker economic growth is likely. 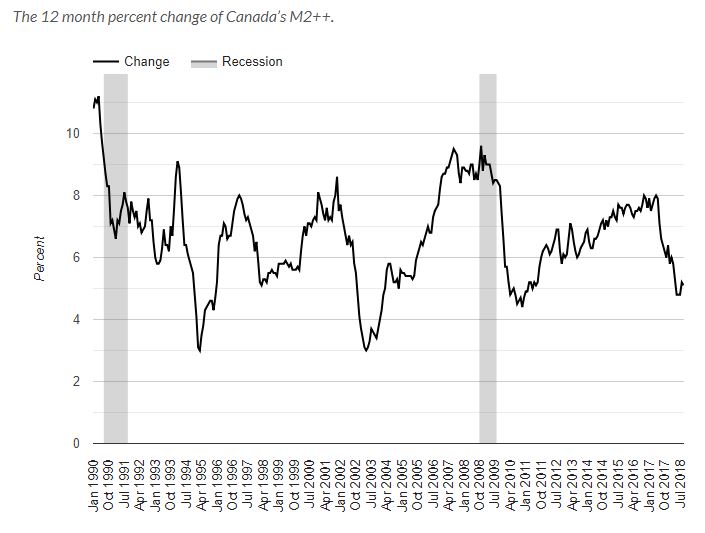 We've gone over the effect that new stress tests have had here in Fort McMurray, so a look at how it has performed elsewhere in Canada is helpful to get a more complete understanding. In particular, Fraser Valley saw mortgages shrink by 20%, hurting sellers in the process:

How the Stress Test Affects the Fraser Valley Market

These stress tests, introduced in January of this year, have reduced the size of a typical mortgage by 20%. As such, home sellers in the province are being weighed down by this regulation, too.

In May, British Columbia (BC) sales fell year over year. Such difficult conditions were carried over into the next month, but more moderate consumer demand has pushed the supply for home sales higher. This was evidently seen in the Fraser Valley home market, which saw hikes in both total transactions and overall inventory in October.

Compared to September numbers, sales of all property types on its Multiple Listing Service (MLS) rose 11.6% to 1,155 in October. However, when compared to to the 1,779 sales in October of last year, the figure trended lower. Via zoocasa.com The report notes that BC's housing market is balanced overall, a contrast to the general buyer's market countrywide.