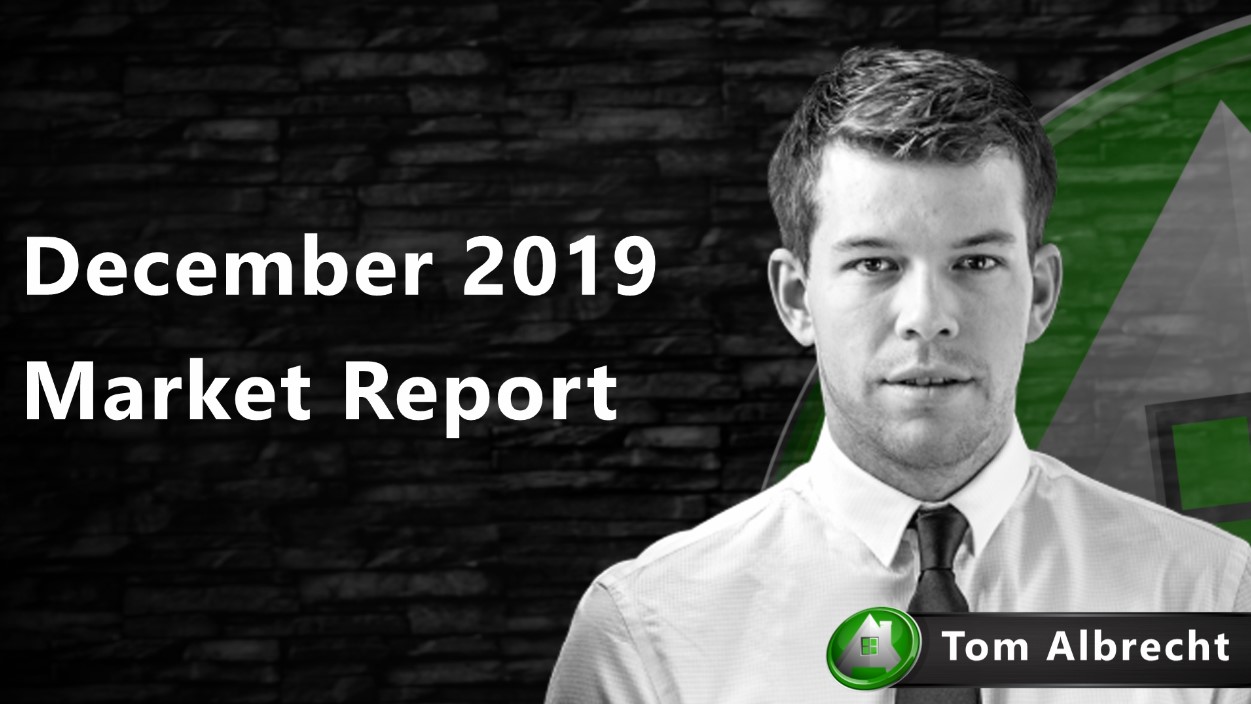 *Since this VLOG was posted, we've written a long-form blog. Check it out for more detailed information on this topic!*

As we wade through the first month of 2020, the Fort McMurray real estate market due for another analysis. A-Team leader Tom Albrecht takes a look at the market during the final month of 2019, and gives us a bit of insight as to local market shifts. Was the holiday season improved year over year? Did the federal election have an impact?

Hey! It's Tom Albrecht here with the A team at Remax Fort McMurray. This is the market update for December of 2019. So, it's currently at the 11th of January, so just a quick update for you guys. Since the federal election has been a pretty major change, so last year for really the whole year we saw inventory tracking a little bit higher than it had been the previous year. So, that for homeowners was the ominous sign actually… because generally when prices fall, which they obviously have been doing over the last couple of years.

Sellers tend to take their homes off the market, buyers tend to buy more whenever there are more buyers. Which causes inventory to actually fall and that says, how the market works. There's less to choose from, more competition for those listings and prices eventually stopped falling. So, that's what we were anticipating going into the beginning of last year. Well unfortunately, for homeowners the price of homes continued to fall but the number of homes on the market was a little bit elevated over the previous year. So, the market really wasn't functioning the way you might expect.

Now I think we know why that was and I think it was uncertainty. So, people tend not to  make large purchases or make investments if they are worried, if there's an uncertain outcome to some large event, sometimes political. So, there was - I think around here there was a consensus generally or a majority view that, if the one-party got elected federally then that would be bad for real estate prices. If the other will get in and it would be good for real estate prices. I tend to agree with that.

Although, maybe it's not necessarily to your pipelines due to stress test rules. But anyways, regardless since the election has been a pretty major change right. So, the number of homes that changed hands in November of this year was up significantly. Probably, about 25% versus the previous November. So, that's really significant. December as well, the number of transactions to think was about 56. Compared to like 47 of that the previous December.

So, demands are mean up and the number of listings that expired was up significantly in November, right after the election the end of November. There was a bunch, approximately 93 expired that versus only about 76 the previous November. So, all of that has led to a bit of a sort of reversion I guess or an inversion. So, throughout the first ten months last year, there was approximately 8 - 10% more homes on the market last year than the previous year. But in the last two months, all of a sudden number of homes on the market has come down quite significantly.

So, we're sitting at about 470 listings now, whereas this time last year there was my like 540-550. So, actually inventory is now down significantly compared to the previous year. So, I think it's very significant, I've normally done the market report at the end of December. But I wanted to wait it out and see how the new year started playing out.

And yeah, it looks like the market is changing from being a seller's market to being a buyers’ market to a balanced market, you know most price ranges. So, it's very significant. If you want more information, I'll be writing a long-form blog and you can find that on our website... you can click to market analysis. You can actually sign up to receive those blogs if you want to receive them by email.

So, we'll see you soon. If you're thinking about selling a house or purchasing a home, we will be able to give you tailored advices made just for you. Thank you very much for watching and for checking out our blogs. Also, in other news you can see foreclosures now on our website. So, check it out, search for homes and let us know what you think. Thank you very much. Talk to you soon.